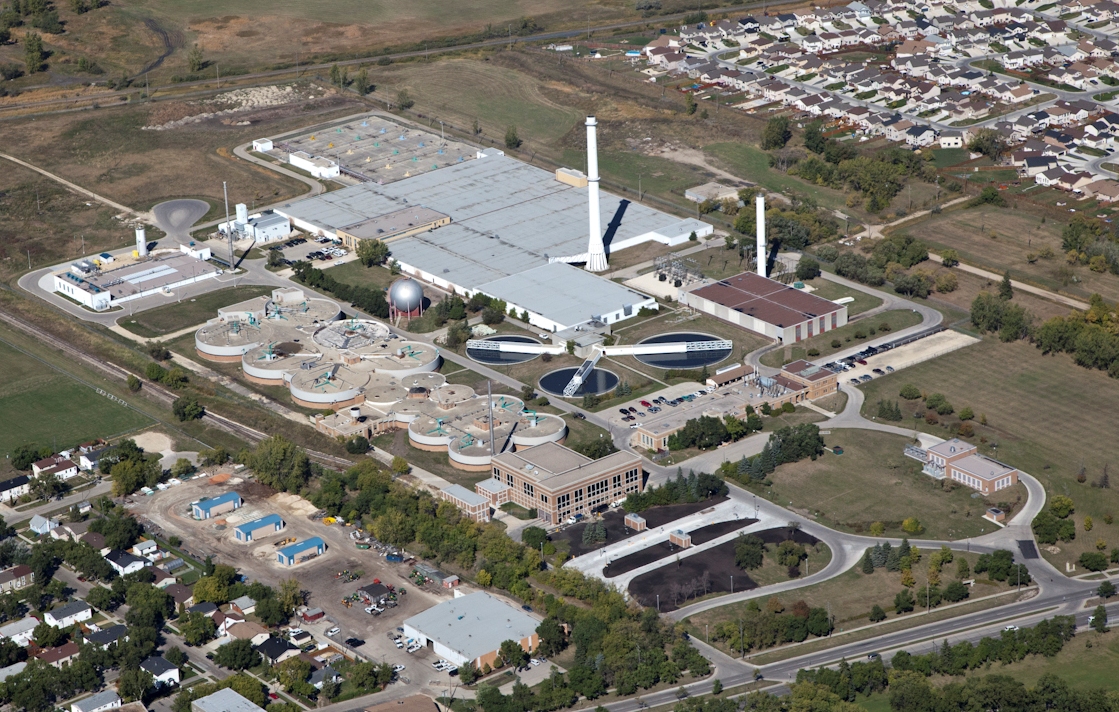 The City of Winnipeg has been updating its wastewater treatment plants. These upgrades, slated to wrap up in 2014, will allow for the removal of more nutrients, toxic chemicals, and other contaminants from wastewater. But what about the wastewater that never makes it to a treatment plant?

More than 30 per cent of the city is still serviced by a combined sewer system. This outdated infrastructure collects raw household waste and stormwater in the same pipe and, when periods of high precipitation overwhelm the system, dumps raw sewage into our rivers. This dumping of untreated sewage is known as a combined system overflow.

These overflows have negative effects on aquatic life and ecosystems in our rivers. Sewage typically contains oxygen-depleting organic materials, nutrient pollutants, viruses, and many other contaminants. Storm water collects urban pollutants such as oil, pesticides, fertilizers, and toxic chemicals. When released into freshwater systems untreated, this concoction of contaminants overloads the ecosystem and decreases dissolved oxygen levels, while creating a host of other issues.

Winnipeg is not the worst offender when it comes to combined system overflows, but we have fallen behind other major Canadian cities in this area and the approach to upgrading the system has been piecemeal at best. Sections of the combined system are replaced when necessary to avoid basement flooding or other complications, but there is no plan in place to address the system as a whole, or deal with sewage overflows comprehensively.

What’s worse is that even in areas where the system has been separated, private contractors often connect residential wastewater pipes to land drainage pipes, in effect re-combining a separated system.

“If it’s faster and they can get paid, they’ll do it,” says one local wastewater treatment engineer who wished to remain unnamed. “It’s not always that they’re being negligent or deliberately doing it. Quite often it’s an honest mistake. Often, the information isn’t readily available for them to check.”

There are by-laws in place to prohibit this, but these cross connections are difficult to regulate, as they are underground. The ideal solution would be to completely overhaul the system by replacing combined sewers with separated pipes. However, with costs estimated anywhere between $500 million and $3 billion, and with no plan in place, this is not likely to happen any time soon. On the bright side, alternative measures can be taken to significantly reduce the number of overflow events and volume of raw sewage released during periods of high precipitation.

Ecojustice, a national organization dedicated to defending the rights of Canadians with respect to a healthy environment, suggests using green infrastructure to minimize the frequency and volume of overflows. Green infrastructure—human-designed systems that mimic nature in function—can decrease the amount of storm water runoff collected in sewage pipes by using trees and other vegetation to absorb storm water, and rain barrels to redirect it.

The benefits of such infrastructure are far-reaching; not only do green roofs significantly decrease surface runoff in urban areas when used on a large scale, as they have the capacity to store large amounts of rainwater, they also improve air quality, regulate temperature, and provide insulation for buildings. Downspout disconnection, which redirects a building’s roof drainage system into rain barrels or towards permeable areas such as lawns can minimize surface runoff while reducing the risk of basement flooding and providing a source of water for gardens.

Toronto has been a leader in the use of green infrastructure. In 2007 the city made downspout disconnection mandatory. In 2010, they introduced a bylaw and incentive program requiring new buildings and retrofits to install green roofs, making it the first city in North America to do so.

In the absence of funding for a fully separated system, a comprehensive plan that re-examines cross connections, increases the capacity of the existing system, and uses green infrastructure could provide a more cost-effective approach to minimizing the overflow of raw sewage into our rivers. We should be talking about this.

A new development in HIV treatment