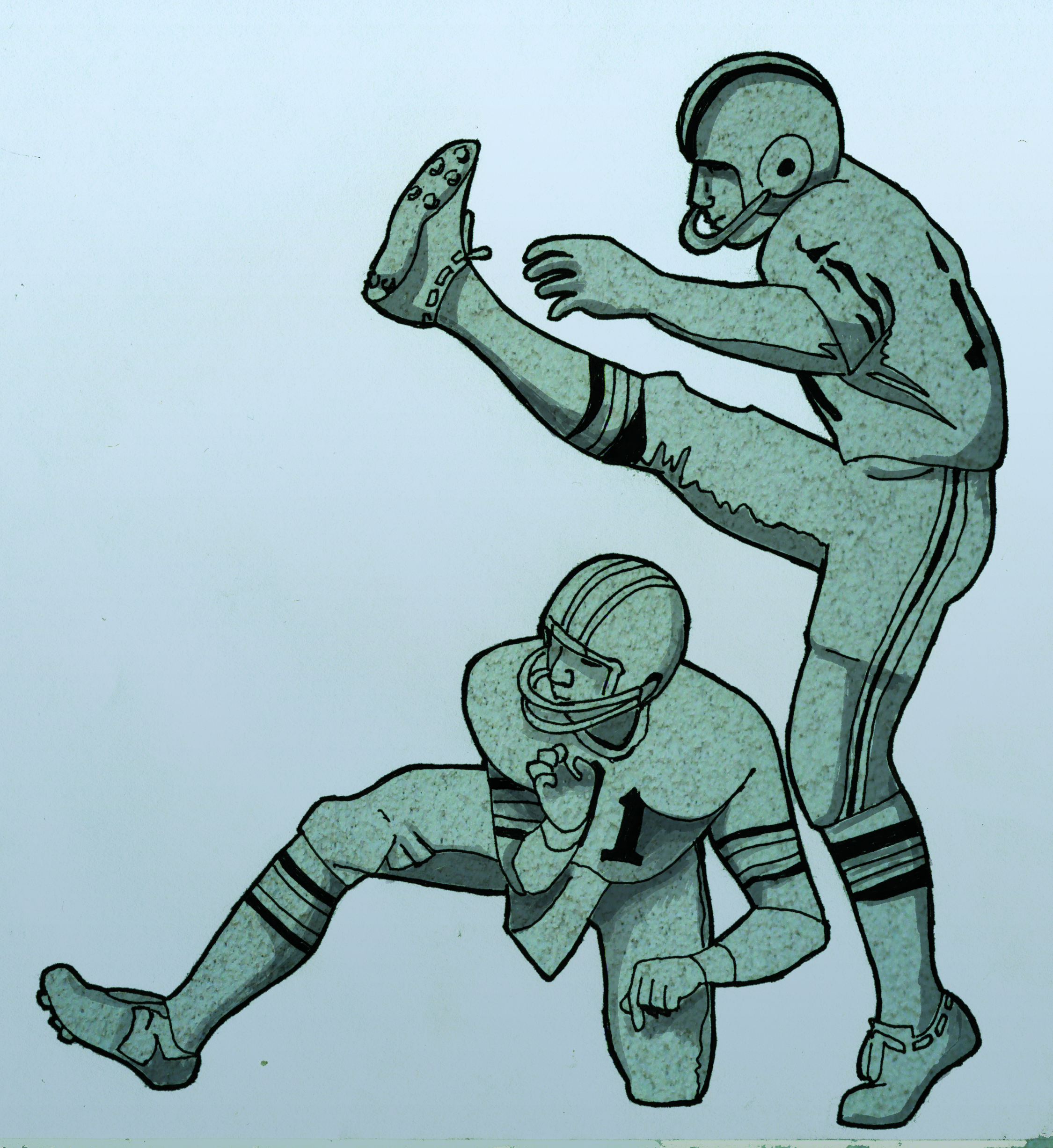 The sight of seeing a kicker in the NFL miss a field goal is happening less now than ever.

After Week Seven of the 2012 NFL season, kickers are converting field goals at a rate of 87.7 per cent, which would break the record of 84.5 per cent set in 2008 and is almost five percentage points better than last season (82.9 per cent). It is also higher than that of the most accurate kicker in league history, the soon-to-be-released Nate Kaeding of the San Diego Chargers (87.0 per cent). Kickers in the NFL are also making perfect field goals from inside 30 yards and accuracy rates from all distances are up from last season.

The accuracy and distance of NFL kickers has increased greatly over the last few years. 2005 was the first time the accuracy rate exceeded 80 per cent for the second straight year. The main reasons for this are the increase of kicking camps for young kickers, improved technique and fitness, increased focus on special teams, and more kickers are playing exclusively in the position rather than being used in another capacity. While established NFL vets are holding up to this new standard of success, three rookie kickers are ascending to be among the league’s elite.

Next to Robert Griffin III, St. Louis Rams’ kicker Greg Zuerlein may have garnered the most buzz surrounding an NFC rookie early this season. The man they call “Legatron” made his first 12 career field goal tries including field goals of 58 and 60 yards in one game, a first in NFL history. Not bad for someone who played his college football in Division II.

Justin Tucker of the Baltimore Ravens unseated veteran kicker Billy Cundiff who missed a field goal that could have sent the team to Super Bowl XLVI. The Ravens have not regretted this move as Tucker has missed only once this season and is 4-for-4 from beyond 50 yards. His highlight this season was making a game-winner against the New England Patriots.

Blair Walsh of the Minnesota Vikings became the first kicker in franchise history to make field goals of over 50 yards in three straight games. In his first career NFL game, he made a 55-yarder to send the game into overtime, where he later won the game with another field goal. Walsh was named the NFC Special Teams Player of the Week for that effort and he has maintained it by matching Tucker’s marks of only missing once this season and being perfect from beyond 50 yards.

With the impressive crop of rookie kickers this year and an overall improvement in other kickers as well, many are expecting the NFL record of the 63-yard field goal to be broken sooner rather than later. Tom Dempsey of the New Orleans Saints set the record in 1970 and the Denver Broncos’ Jason Elam matched it in 1998, but it has been duplicated twice in the past 13 months by Sebastian Janikowski of the Oakland Raiders last year and David Akers of the 49ers back in Week One. It is possible that one of the three aforementioned rookie kickers can break the record, but veterans like Janikowski and Akers should also be considered.

Austin Rehkow, a kicker from Veradale, Washington, recently made a 67-yard field goal for his high school football team. If a high schooler can not only raise the bar, but also kick over it, don’t be surprised if NFL kickers soon do the same.