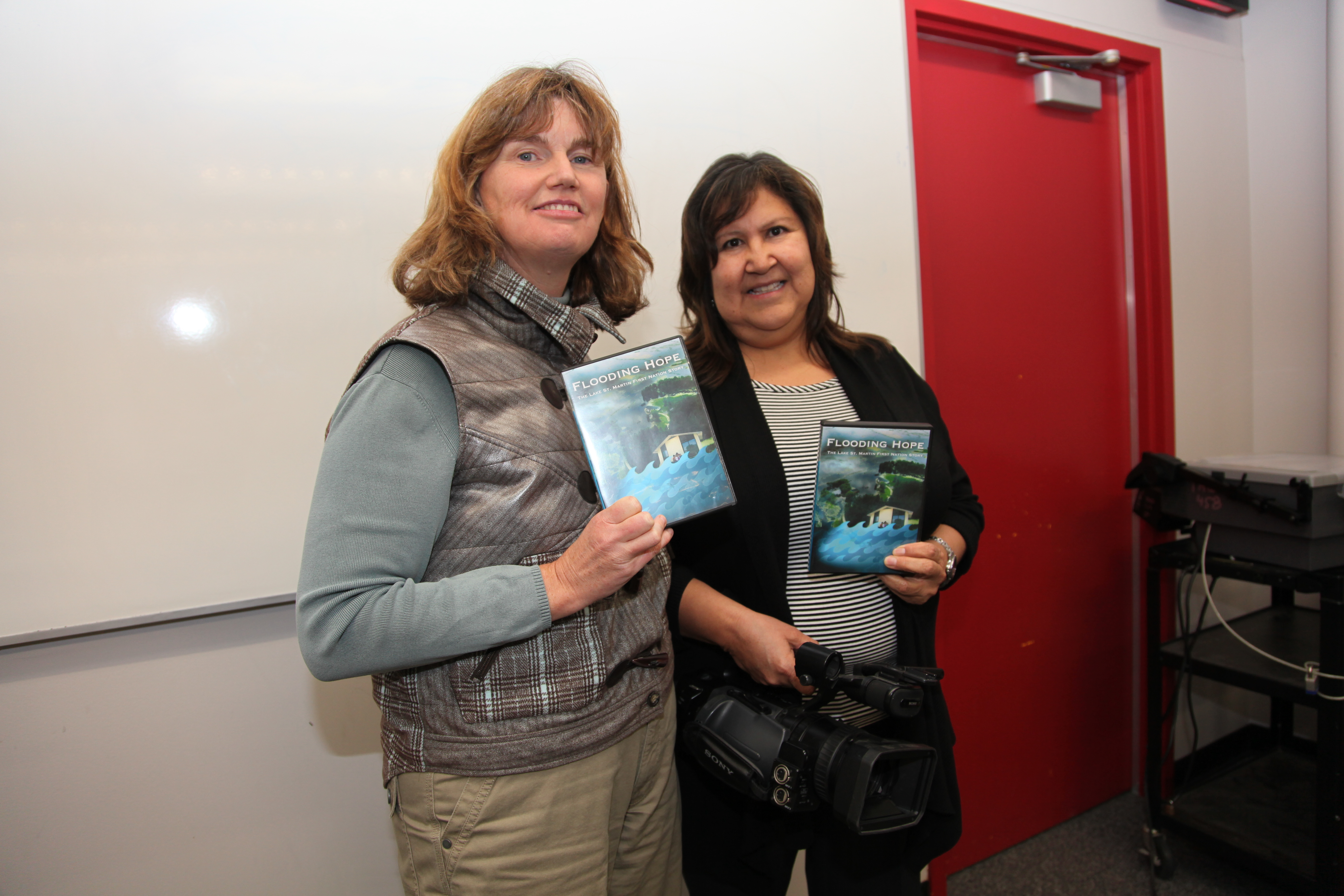 Recent PhD graduate from the Natural Resource Institute at the U of M and member of the affected community Myrle Ballard collaborated with associate professor Shirley Thompson and filmmaker Ryan Klatt, to create the 20-minute film.

The film features and interviews residents of the community who have been displaced from the 2011 flood, which, according to the filmmakers, was an avoidable and artificial flood.

Visions of the community before the disaster were caught on film, showing a community group performing traditional jigging at a local festival. The film explained how fishing accounted for a large percentage of income for the residents. Sustainable aspects of the community, such as forestry, cattle, and medicinal plants, have all been destroyed due to the water.

Flooding Hope details how a water control structure was built in 1961 in order to protect cottagers on Lake Manitoba. This, in addition to a subsequent structure in 1970, the Portage diversion, protecting the city of Winnipeg, and a water channel built in 2011, have all caused massive damage to the First Nations community.

The film portrays how poverty rose as the flooding increased, especially in comparison to the neighbouring 100-person town of Gypsumville, whose amenities include paved roads, a grocery store, a post office, a police station, a provincially funded ambulance, and a town hall. Lake St. Martin was not given these privileges, however, due to the restriction in place from the Indian Act.

After over 2,000 residents were evacuated from the community, individuals in the film explain how their traditional and cultural way of life was lost. Moreover, the film explains the agricultural loss in the grounds, effectively turning the community into a marsh, according to Jon Gerrard, leader of the Provincial Liberal Party. Residents were displaced and evacuated to Winnipeg to reside in hotels.

“They want to do more hydro projects to make money [ . . . ] Now they are sitting back as we are suffering [ . . . ] We are like refugees. It’s not right that the government doesn’t take care of the problems they created,” said a community member in the film.

Elders are featured in the film, speaking about the hardships that occurred due to the evacuation. One man explains how, due to the $4 a day living allowance for those evacuated to the city, families have often had to decide who eats in the family on a given day.

Throughout the film the narrator asks the critical question of why the government took federal emergency funds to relocate the community when a permanent, new community could have been constructed, saving vast amounts of money?

After the flood, Lake St. Martin community members began to work on a model of a new and sustainable community that would retain cultural significance. These plans included a school, commercial site, fire station, laundromat, and playground. The government, however, did not consult the community members in their plans to relocate individuals.

“The government is playing with people’s lives and wasting money,” said the film’s narrator.

A question period with Ballard, Thompson, and Klatt after the screening revealed overwhelming support for the First Nations community. Discussion naturally evolved to confer about many issues that Aboriginal people face in Manitoba, including the perceived negative perception of displaced community members from the general public.

Gerrard told the Manitoban that both the provincial and federal government have not adequately dealt with this problem.

“The province and the federal government have the ability to talk to the media in ways that are above the average person and the result is that they have tended to blame the community instead of solving the problem. I think it’s very sad,” said Gerrard.

He argued that Manitoba should not have a refugee camp for the community members. Rather, the government should present permanent home options to the Lake St. Martin community and allow the residents to vote on preferred options.

Thompson and Ballard were both drawn to create the film because of the injustice and devastation they saw surrounding this situation.

“The media twist things around because the government is in control and the media always goes to the government first,” said Ballard. “It’s never about the people.”

The goal of this film is awareness and action. Ballard explained that she wanted to tell the true story of what has happened in the community, rather than the stories that have often appeared in the media, such as alleged money stealing from the community, that have contributed to the negative public perception of the First Nations community.

Overall, the filmmakers urged the government to stop the policies of flooding to First Nations communities.

Ballard and Thompson urged the U of M to help with the cause. The Emergency Measures Act, which was used when the channel was built on community land, costs $100 million and, yet, no environmental impact study was conducted. Studies on the ecological and environmental affects are needed from professors and graduate students.

“There should be a research focus from the university on First Nations flooding. Someone needs to step forward in a big way,” said Thompson.

The science behind Jurassic World

The Black Hole Theatre tackles The House of Bernarda Alba