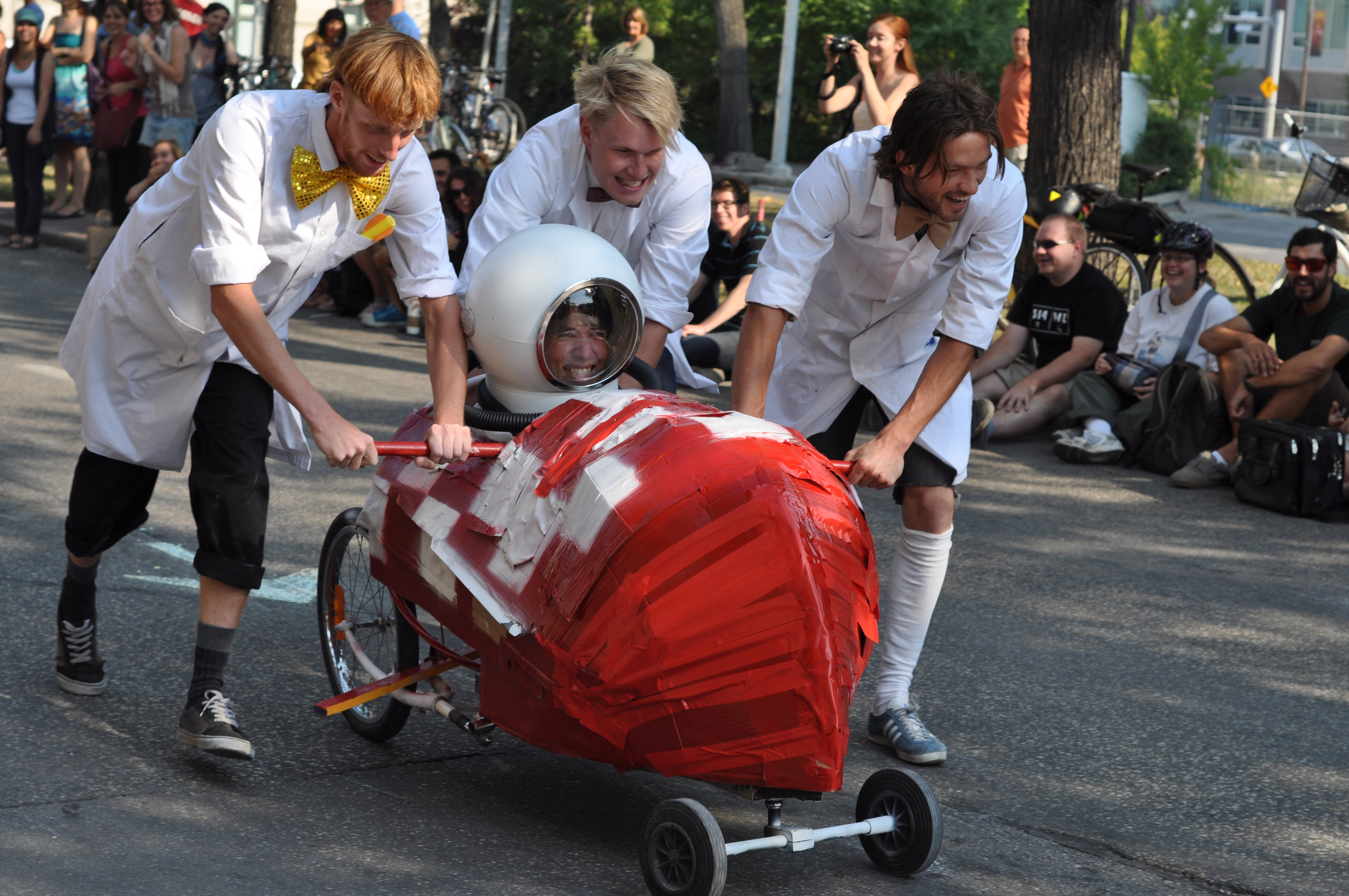 As much as I would have loved to take advantage of the time off to travel, as a struggling student my funds—or lack thereof—have forced me to stay in the city for the summer. Though with the smorgasbord of activities and events that have taken place around the city, my time has been well occupied and there’s certainly never been a dull moment.

Now with summer coming to a close, so too are the city’s outdoor festivals. Fortunately, we still have one more to look forward to: from Sept. 7–9, Manyfest is set to take over downtown Winnipeg.

The fest is only on its third year, but is expecting a turnout of over 30, 000 people. Organized by the Downtown Winnipeg Biz, Manyfest aims to revitalize people’s perceptions of the downtown area by highlighting its positive points and promoting what it has to offer. It is a massive celebration of the local arts, culture, and community.

Manyfest has certainly evolved over the years. It began as two separate festivals—Ciclovia, the now national cyclists’ event, and Lights on Broadway—then grew into Five Events One Weekend, and now it’s one big festival composed of nine (NINE!) different activities, all packed into a span of three days. There’s the Giant Movie in the Park, Taste of Downtown Wine & Cheese Festival, Lights on Broadway, Big Dance on Broadway, the 10 & 10 Race, Zumbathon, Ciclovia, a Farmers and Artisans’ Market, and there’s even a Minifest Kids Zone for the little ones. With so many different events offered, there’s no way you’re allowed to complain about being bored this weekend!
Jason Syvixay, public relations coordinator of the Downtown Winnipeg Biz, notes that the popular event Lights on Broadway has a slightly modified interpretation this year, to make for an even grander celebration on the Winnipeg street.

“[Broadway is] one of our most iconic areas for people to visit. There’s some really great history there, some really great architecture, and so we really want to see Broadway lit up for the next couple of years,” says Syvixay.

“[This year] we’re going to do a living parade of lights, so instead of lighting up the trees we’re gonna light up people, so people will literally come to Lights on Broadway.”

Each participant will get a candle and they will all form a procession down the street. They will also be accompanied by various bikers from across the city who will have their own bikes decorated with different light assortments. Throughout the procession, musicians, artists, and dancers down the street will also light up as people walk by them.

“Broadway is definitely going to be a hub of activity. You know people are gonna be hustling and bustling to enjoy the show,” says Syvixay.

In line with the healthy and active living mandate of the festival, the downtown artist-run centre aceartinc. will also be adding another event into the roster of activities. On Sunday, Sept. 9, aceart will be hosting their Second Annual Soap Box Derby fundraiser down Broadway. Jamie Wright, co-director of aceartinc., says that the idea of having a soap box derby event “seemed to fit well around Winnipeg – it’s a very car-centered kind of city.”

“We’ve made it so that the cars have to be pushed, sort of like bobsled style. The idea of the soap box derby has been sort of manipulated to be more representational of a [flat] prairie landscape,” says Wright.
Registrations for the derby have been extended and will be ongoing until the day before the race.

Wright believes that initiatives such as Manyfest, as well as artist-run centres like aceartinc., are providing positive changes in regards to the perception of downtown. Although this revitalized perception may not be echoed all throughout the city just yet, Wright says that there’s a great deal of potential for perceptions to change.

“A festival like this, or an organization like ours, can point to that potential and encourage it,” says Wright.

For further information on how to register for some of the events, you can visit www.manyfest.ca and www.aceart.org/2nd-annual-soap-box-derby.

Calling for justice by walking with art

A space to practise revolution