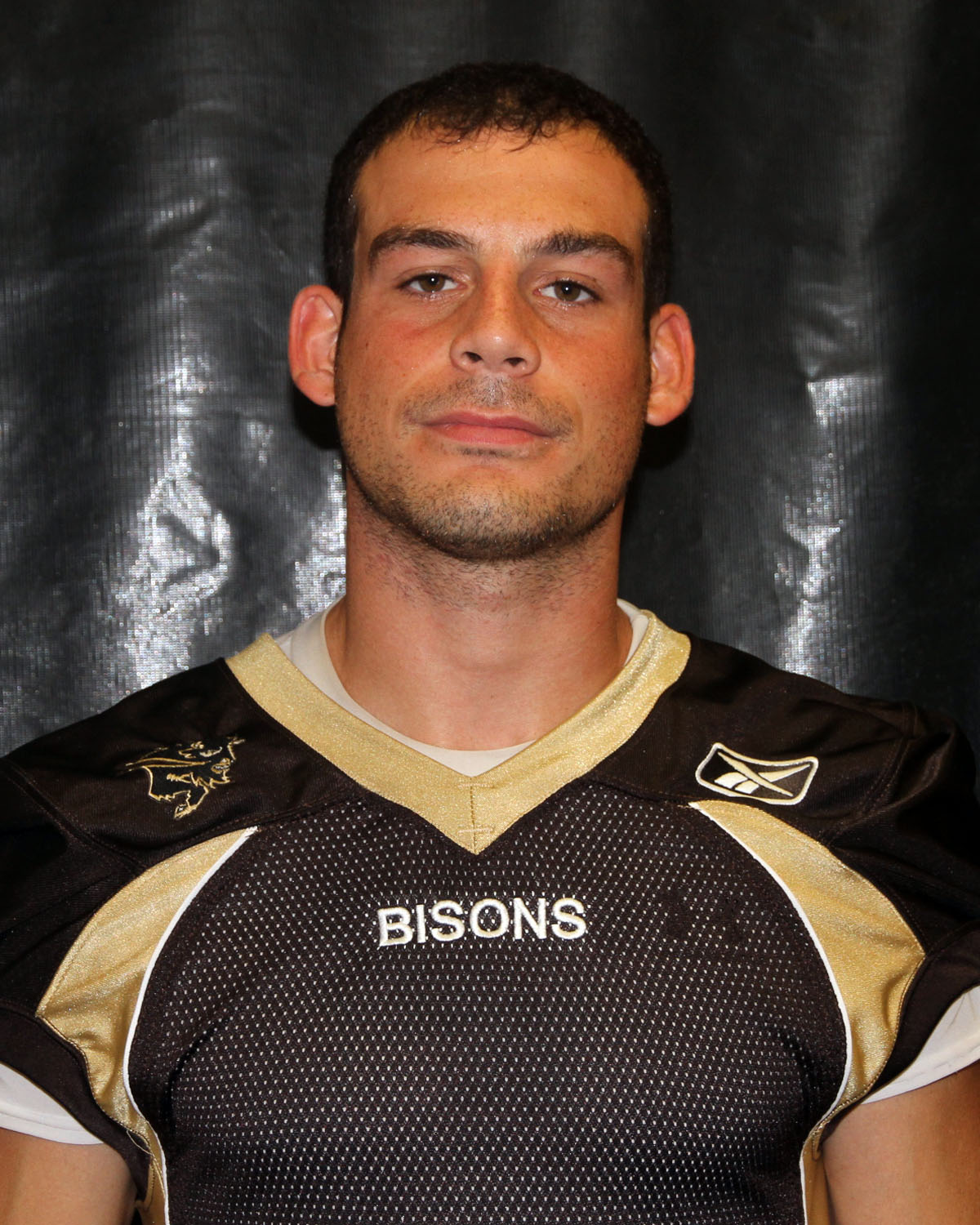 The Bison football team entered the second week of the Canada West regular season 1-0 and ranked #10 in the nation after defeating #7 UBC Thunderbirds 31-24.

Third-year quarterback Cam Clark was given the nod by the coaching staff after an impressive training camp, and with the win he appears to have earned himself some more opportunities to lead the Bisons’ offence into battle. In his first start of the season, Clark completed 13 of 24 passes for 194 yards and one interception.

The Manitoban caught up with Clark as he prepared for the team’s home opener against Saskatchewan this past weekend.

The Manitoban: How does it feel to be the starting quarterback of the Bisons to start the season?

Cam Clark: It feels great. I’ve been in the program for three years, and I learned a lot from [former Bison quarterback] Khaleal [Williams] in my first two years. I was happy to be able to get the start and be able to start for this team.

M: How do you handle the pressure, with such a good crop of quarterbacks all vying for the same starting position on the team?

CC: You know, being an older guy than them, I kind of know how everything [in the offence] works and they’re kind of coming in not really knowing how things work.  You know, just trying to prepare and only worry about the things I can control. I can’t really worry about them and what they’re doing.

M: How do you go about controlling the pace of the game and really taking care of the ball?

CC: Well yeah, the coaches have really been on me to just be a manager of the game, you know? Not trying to break a big play on every down. We’ve got three great running backs and a great offensive line that’s going to be able to push us through. I’ve just got to be able to move the chains and make the correct reads.

M: How important is the running game for this team’s success? Is it something that you need to be able to rely on?

CC: Well as a quarterback, it’s huge. You know, every quarterback will tell you they want to throw the ball 50 times a game. But really, when you have a great running team, it’s really easy to hand it off and watch your boys run. It really just opens up things for us. Every time we line up in certain formations with those guys, [the defence] is really keying in on them and that just opens up something else.

M: You’re from BC, so how was the experience of going into Vancouver and walking away with the win?

CC: I’m not going to lie: I was pretty nervous before the game. I kept getting text messages: “Oh I’m coming to the game, I’m coming to the game.” And it was like, oh my God, it turned out to be 40 people or something there. It was an unreal experience. I had a lot of fun and got to see a lot of people—I hadn’t been home in about a year—I got to see my whole family and had a barbeque the night before the game.

M: Conversely, you guys have a bit of a stretch playing at home now. What’s the difference between playing on the road and at home for you?

CC: We’re a whole team. On the road we only travel with 40 guys. At home, we’ve got our whole team, all of our guys and all of the personalities and everybody’s apart of the group. Coach Dobie last game [at UBC] said “we’re an army; we’re half of our army right now, but at home we’re a whole army.” It’s really good to have all the support, even the guys that dressing [for the game] are on the sidelines with us cheering us on.

CC: A Vanier Cup. There’s no other real thing to play for. It’s been my goal since I started playing CIS football and I’m pretty sure everybody else on the team has the same goal. We take it week to week, but at the end of the day we want to win championships.