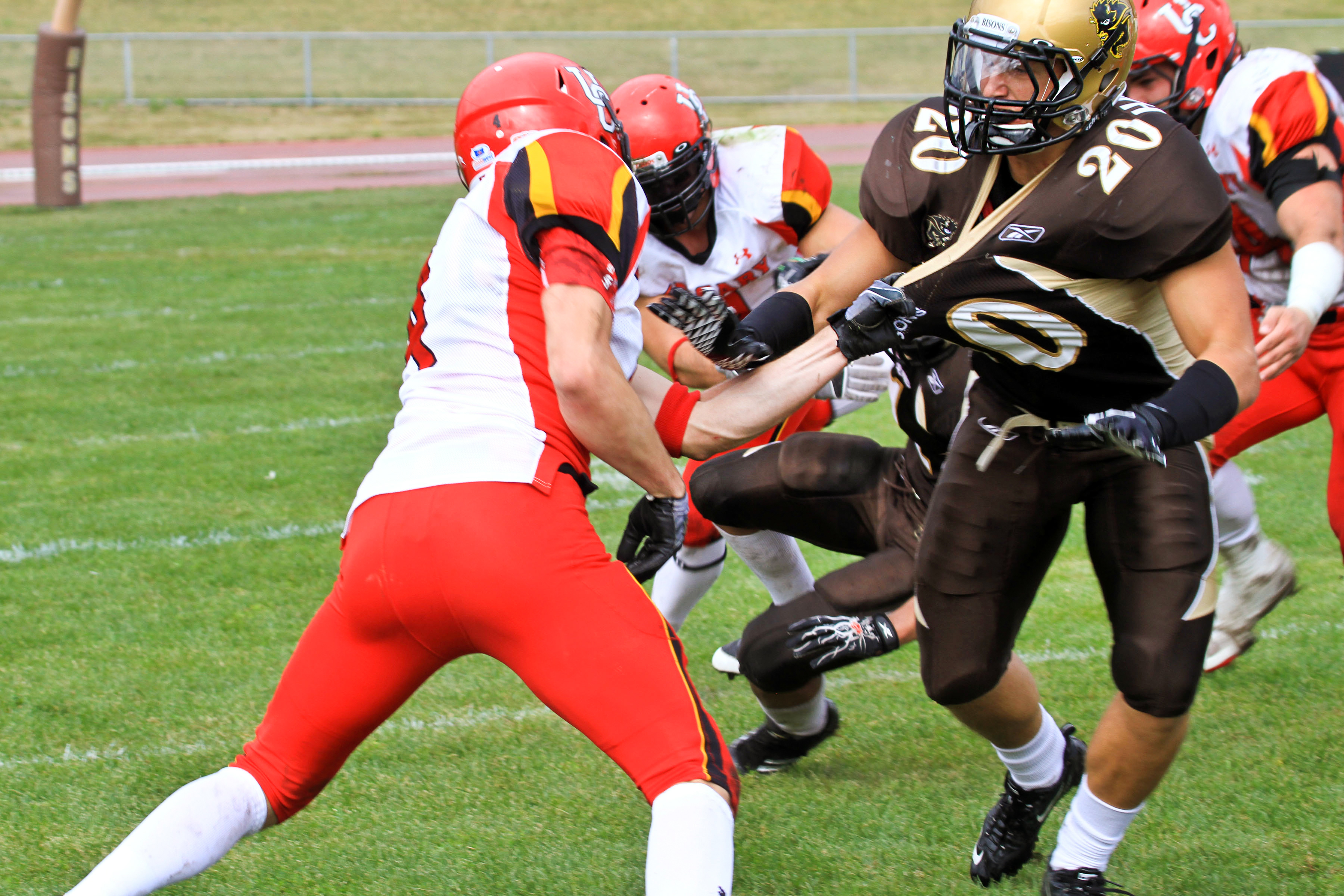 Before a convincing 29-13 victory over the Regina Rams, the Bisons coaching staff made some important decisions heading into their first game of the 2012 regular season.

The reigns of the offence has been put in the capable hands of fifth-year quarterback Cam Clarke. A strong camp and an impressive showing against Regina has the coaching staff convinced that Clarke deserves the opportunity to lead the team to start the season.

Meanwhile, on the defensive side of the ball, there appears to be a good balance of veterans and newcomers within each group. This year, three fifth-year veterans representing the three different defensive groups were named as team captains.

Safety Teague Sherman will be a team captain for the fourth time in his final year of playing, and will play an important role on a defensive secondary that was the top-ranked pass defence in the Canada West conference in 2011. Sherman made an impressive statement against the Rams, picking off three passes.

The Bison secondary lost two key veterans over the offseason, as three-time Canada West All-star halfback Pete Adams and cornerback Grayson Wells both completed their university football careers. Surrounding Sherman in the secondary will be a group of young guns who have proven to be capable of locking down the passing game in training camp. One standout that head coach Brian Dobie singled out at the weekly press conference is cornerback Cam Teschuk. After red-shirting last season, Teschuk worked hard throughout camp and earned himself a starting position on the team.

“He is smart, he is aggressive,” said Dobie, adding, “He came out of nowhere. That’s just hard work and that’s being coachable. He’s done everything that it takes, he deserves the credit I’m giving him right now.”

When asked what the defensive game plan is, Sherman was blunt.

“On defence, we’re trying to get the ball,” explained Sherman. “We’re going to give [the offence] as many chances as possible. Any time we hit the runner we’ll try and keep him up and strip the ball.”

Thomas Hall, who was named team captain for the third time in his CIS career, is another veteran that will be providing guidance and leadership in the huddle, on the sidelines and in the locker room. Hall has earned major accolades during his time with the Bisons, including winning the CIS Russ Jackson award back-to-back in 2009 and 2010.

Now, heading into his final year with the Bisons, Hall is focused on getting the UofM squad into the CIS Top Ten and playoff contention.

Said Hall, “We had a brief taste of getting back into the top ten last year and it was nice.”

“From what I’ve seen in training camp and everything, it’s somewhere I see us getting back to pretty quickly. And I certainly hope it’s driving some of the younger guys who realize the significance of what it means to be top ten.”

The coaching staff has tweaked the defensive line this year, as Evan Gill moves from playing defensive end in his first year to playing alongside defensive tackle (and team captain) Adam Hindley. The two formidable defenders should provide ample push up the middle and help shut down rushes up the gut.

Pitching in on the D-line is Ranji Atwall. After playing junior football the last five seasons at linebacker with the Vancouver Island Raiders, Atwall appears to have successfully converted to playing defensive end.