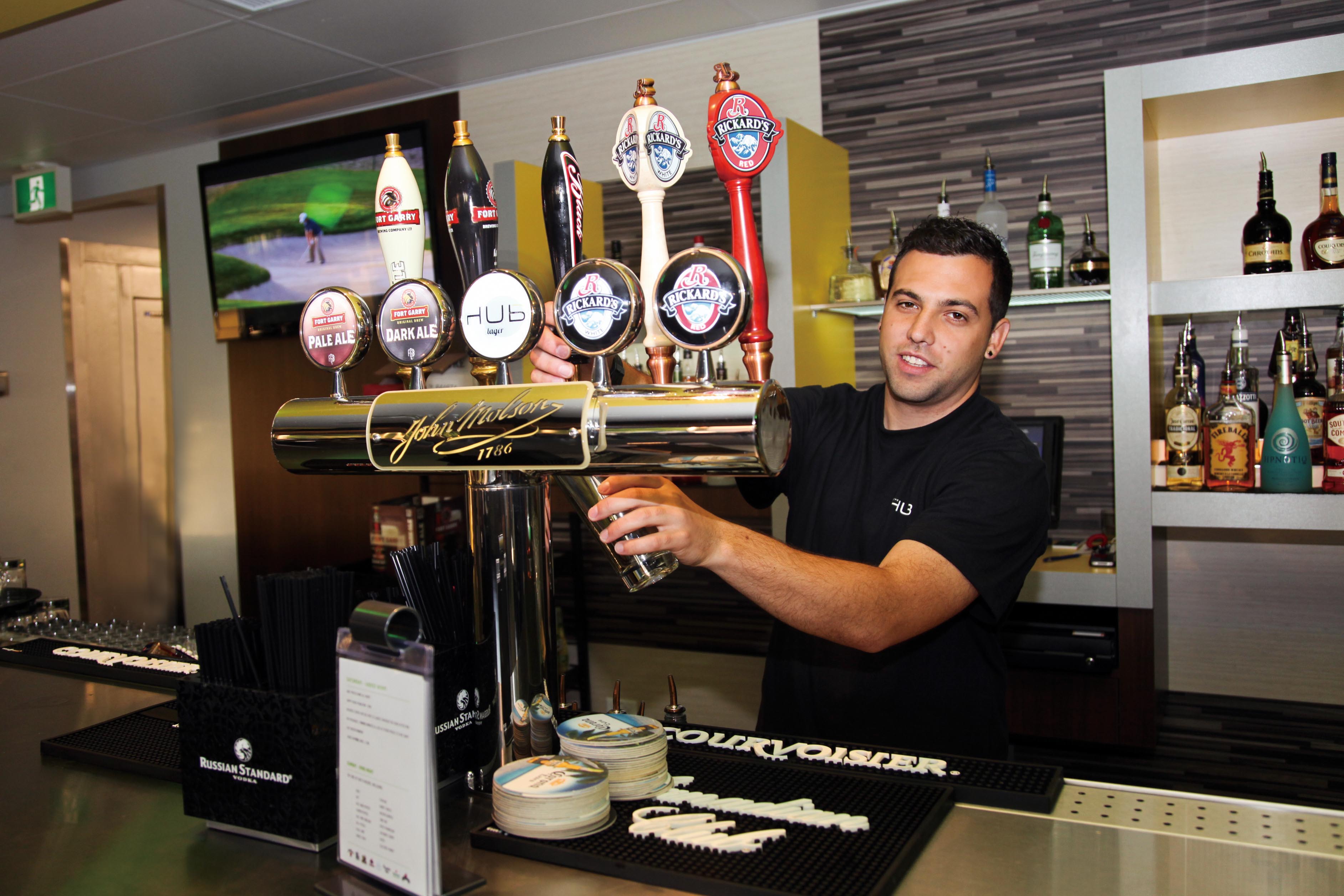 After a long wait and much anticipation The Hub Campus Pub finally opened its doors to the public on Thursday, May 24.

The opening of The Hub has been long expected by students as, according to the first announcement of its opening day, it was set to be open by mid to late November 2011. The opening day was further pushed back to December 2011. The final and actual expected opening day was then set to January 2012, first starting at early January, then pushed back again to mid to late January. Now, after approximately six more months, The Hub is now a reality and is finally open for business. The numerous delays were reportedly caused by construction postponements, more specifically issues concerning the plumbing in the facility, according to UMSU.

Although The Hub kicked off with a relatively slow start, it did not take long for word to spread about its opening. Since The Hub is one of the only businesses open past 5 p.m. during the summer hours, there is a steady flow of people visiting the campus pub either looking for a meal and a place to relax, or just a place go over some study materials.

Although the new establishment is calling itself a pub, The Hub has something that may entice more than just pub-dwellers to pay a visit; from food, drinks, music, and lounge space.

The menu at The Hub has the regular expected pub food plus extra originalities like a specially prepared shrimp meal and burgers with their own uniqueness, among others, all offered at reasonable prices. The beverage list also offers the usual drink items, as well as signature items such as the “Charging Bison,” and the “Manitoba Frostbite.”

The Hub also features live music every night (Thursday to Sunday), mostly from local bands and artists, in keeping with the pub tradition. Accompanying the large stage is a sizeable dance floor. Some of the artists that have performed, or are set to perform, at The Hub include: Pop Vegas, The Perms, Jeff Adams, Chris Froome, Leanne Pearson, Pop N Lock, Nenah Barkley, and Johnny Russell.

For students looking for a more relaxed time there is also a VIP lounge area with comfortable chairs and televisions. The lounge is distanced somewhat from the stage which creates a quieter area to sit and socialize.

The Hub’s opening hours are Thursday, Friday, and Saturday 6 p.m. to 2 a.m., and Sunday 3 p.m. to 12 a.m.. Weekends at The Hub feature Ladies Night on Saturdays as well as “Sports Sunday” the following night, where wings are on special for 25 cents each and sports games will be shown on the various televisions throughout the pub. Cover charge is free for those who show up before 10 p.m. and is three dollars for those who arrive afterwards.

Looking into the future

UMSU continues to be at odds with federation

U of M prioritizing safety during exam season