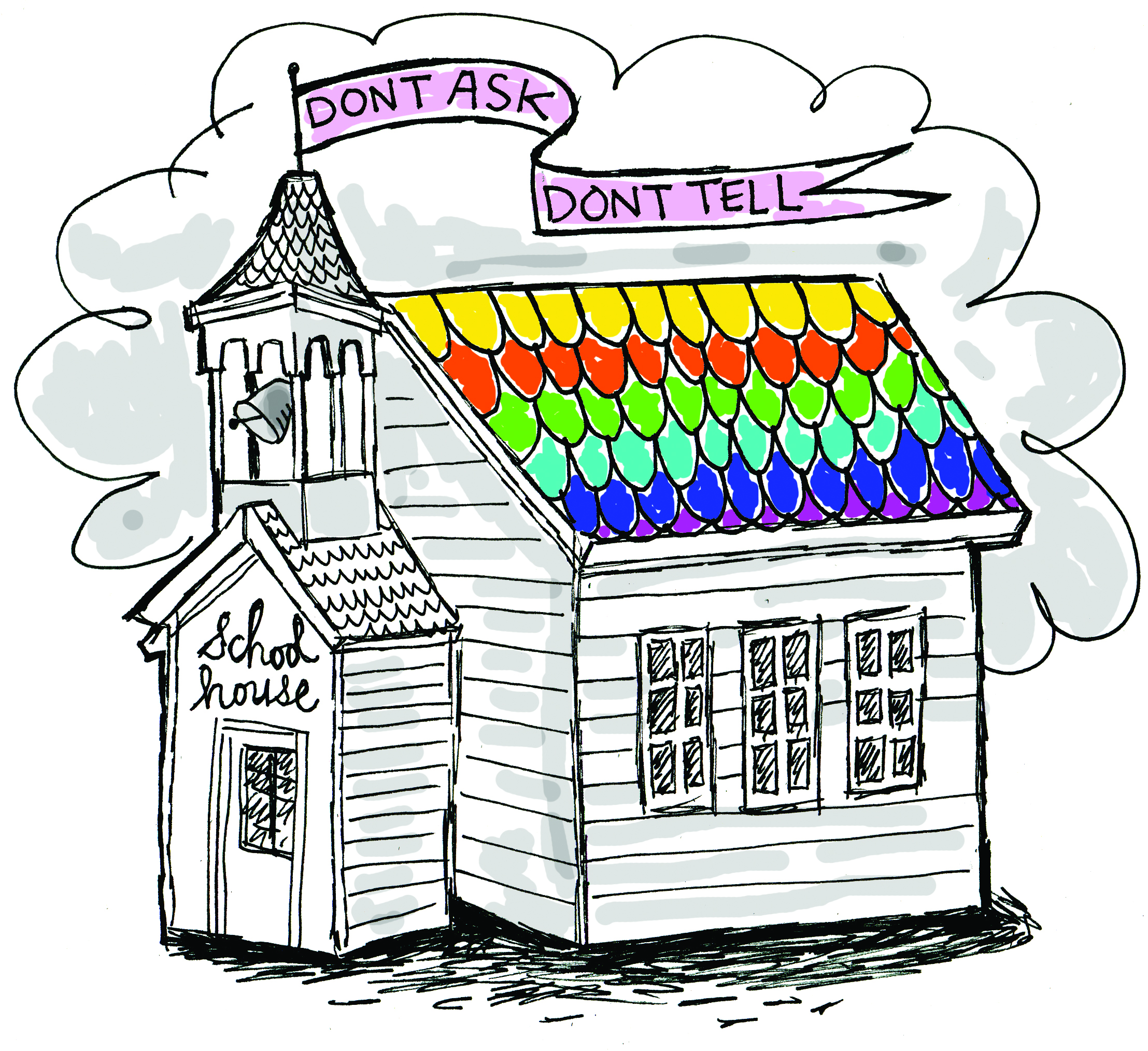 The Border Lands school division recently ruled that two Altona teachers, who completed an Ally training course through the Rainbow Resource Centre, will not be able to display signs declaring themselves to be Allies of the LGBTTQ* community.

The exact wording of the rejected card declares: “As an Ally I support lesbian, gay, bisexual, transgender, Two-Spirit, intersex, queer and questioning individuals, families and communities.” As a consolation prize, according to an article from the Morden Times, all teachers at the school in question will display a sign which says: “As your teacher, I am your ally. I accept and support you in every way.”

While the sentiment might be similar, the spirit of the two messages could not be more different. The original makes it very clear that the individual displaying the card is an Ally to the LGBTTQ* community, the replacement is watered-down and so generic as to be almost meaningless.

The parents who were protesting the original card were quoted in the Times as saying they just wanted “[their] kids to be kids,” and claimed that it was not out of homophobic or anti-gay sentiments, and I believe them, kind of.

I believe that the parents in question want their children to remain innocent, and would like to delay teaching them about any kind of sexuality for as long as possible, but I also believe that this is ignorant.

Thinking back to my own grade school experience, from the youngest age we talked about what we thought sex was — we had the details wrong, but were very close to the mark. We talked about gender stereotypes, and whispered about people who seemed to break them. Perhaps most embarrassingly of all, we were shockingly homophobic, throwing around slurs with reckless abandon.

We wouldn’t hesitate to call something or someone “gay” in a derogatory manner, or worse — much, much worse.

Could we be blamed? No, we were kids, and no one had bothered to teach us otherwise. Were we unique? I very much doubt it.

Looking back I wonder why we were allowed to get away with saying the things we said. Had we used racial slurs we would have been hauled in front of the principal, but homophobic slurs were largely ignored.

I could dismiss my experiences, by saying that it was the mid ’80s, but having worked in after-school programs as recently as 2009 I can confidently say that little has changed in 20 years.

Perhaps if we had been taught from a young age that people’s sexual orientation was as diverse as their cultural makeup we would have conducted ourselves differently. As it stands it probably wasn’t until high school — or maybe even university — that we learnt how ignorantly we had been behaving.

Speaking more practically, the Border Lands’s decision, while it has been painted as having children’s best interest at heart, ignores the welfare of two very specific groups.

I come from a heteronormative family. When I was in grade school I assumed everyone lived with a mom and a dad, but I know now that wasn’t the case. The kids I went to school with came from all kinds of families — looking back, I’m pretty sure now that at least one person was being raised by gay parents.

I wonder how he felt about our conduct, how isolated he must have felt knowing that we would have judged him had he shared the fact that he had two dads. To the best of my knowledge he went though grade school never being able to tell anyone about his home life.

I also think about how liberating it would have been for him to know that there were teachers whose offices and classrooms were safe spaces, people he could turn to, and people who would have explained to the rest of us how hurtful our behaviour was.

There is also the matter of the LGBTTQ* students in Altona, the most obvious victims of this debacle.

Statistically speaking, there are most definitely LGBTTQ* students in the Border Lands school division — that’s just a fact of life. And right now they are silently stuck in the middle of this whole mess. For reasons outlined above, they are probably unable to come out to their peers; unable to come out to their parents — especially now that some Altona parents have demonstrated their lack of willingness to discuss anything ouside the realm of heteronormativity; and are probably desperate for an adult to talk to in a space where they can ask questions and discuss their experiences.

The Border Lands school division would probably point to the noncommittal sign going up in all classrooms, declaring tolerance, but it is not the same as an Ally sign. An Ally sign declares that an individual has been trained how to best support someone making the choice to confide in them, and acts as a promise that they will be an Ally to the LGBTTQ* community no matter the circumstances. A generic sign given to all teachers is just a smoke screen.

Is the Border Lands school division going send every K-6 teacher to Ally training, or are they simply trying to make this issue go away by throwing critics a bone?

I think it’s the latter, and while the parents behind the Ally sign protest may think they are doing what’s best for their children, all they are doing is sticking their heads in the sand and pretending the world conforms to their narrow vision.

The only best interests they have at heart are their own.

From legislation to action