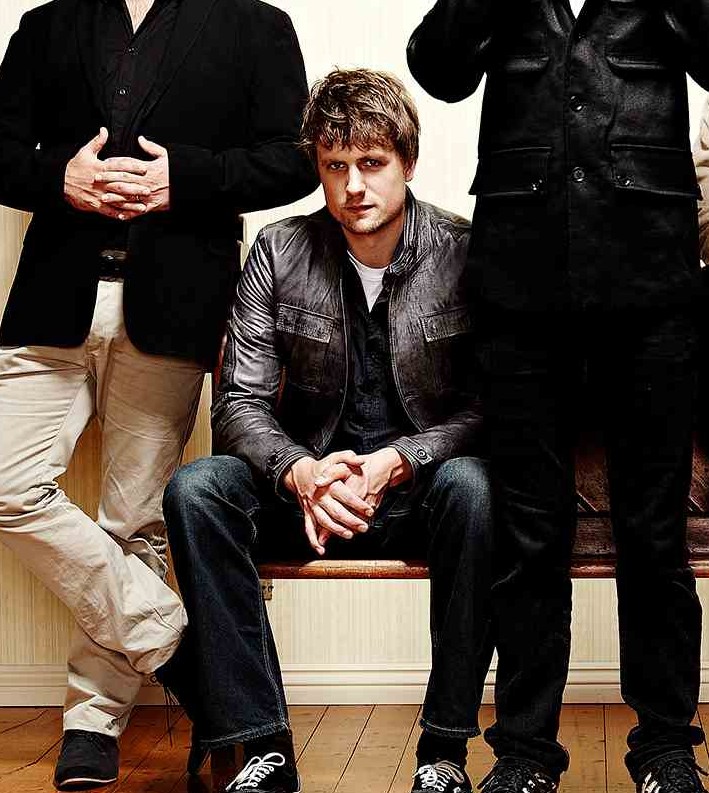 The Cat Empire, formed in Australia, is a six-piece fusion band that has managed to fly under the radar while selling millions of albums worldwide. Mixing elements of reggae, jazz, Afro-Cuban, funk and pop with hip hop and rock vocals makes for a unique and catchy sound, only enhanced by the upbeat and dedicated performances given by the group. The Cat Empire’s 10 Year Anniversary tour is making its stop in Winnipeg at the Garrick Centre on April 4.

Manitoban: What substance / activity do you find most helpful in the creative process?

Will Hull-Brown: I’ve often tried to pin this down myself, and while I haven’t found something that works for me all the time, there are still a couple of things that are usually beneficial to me in any creative process. I have realized that being tired is definitely not good for creativity, so sleep and rest is important. Feeling alert and energized can be helped by exercising regularly. If I don’t exercise for a while, I feel lethargic and have a slightly clouded mind. This is why I try and stay fit on tour or during rehearsals/recording. Oh, and chocolate and coffee help when you need a kick in the butt!

M: Whose work inspired you the most in your youth?

WHB: It’s hard to single anyone out, but my biggest inspirations when I was growing up and first learning to play the drums were the Police, Dire Straits, Credence Clearwater Revival, Red Hot Chili Peppers, Soundgarden, Guns n Roses, Metallica, The Doors, Led Zeppelin, Cold Chisel, Buddy Rich and Chick Corea. They are pretty much the usual suspects for someone who was growing up in the 90s.

M: Whose work inspires you currently?

WHB: All the artists I’ve just mentioned still inspire me! At the moment though I’m also getting into an old Dutch band called Focus, an old German band called Can and some new stuff from an Australian artist called Gotye.

M: What’s the most embarrassing album you’ve ever owned?

WHB: Hmm . . . I can honestly say that I’m not embarrassed by any albums that I own! But can I mention that my wife owns a few Britney Spears albums? Yes, a few!

M: What bands / artists have you been listening to lately?

M: Do you have any hobbies or obsessions outside of music?

WHB: Yeah of course! I was always into Aussie Rules Football, basketball & athletics growing up. I still play basketball every Monday night with the same guys I was playing with 15 years ago. Aviation is a passion of mine. I did have flying lessons once, but saving for a house was more of a priority than paying for lessons/license so these days I get my flying fix from a flight simulator set-up at home. I also enjoy drawing and construction, and I do some casual work as a draftsperson. Apart from all that, family life with a wife and two boys keeps me very busy and entertained.

WHB: Know what your priorities are in life — don’t say yes to everything because you’ll just be spreading yourself thin. If you prioritize things then you will have quality, not quantity in your life.

M: What is your most cherished musical instrument?

WHB: It’s got to be a cymbal that my grandad used to own and play. I never got to meet him (my dad’s dad), but he was a drummer too. The cymbal is a Paiste Formula 602 made in the 60s.

WHB: I don’t play covers very often so there’s no stand out favourite for me. We rarely cover songs in the Cat Empire. The closest thing I can think of is when I play with a trio that I’m in called “the Genie,” we sometimes play our own version of the original Mario Bros theme, and also sometimes play “Steppin’ Out” by Joe Jackson. It’s always fun playing those ones!

M: What’s been the most surreal experience of your music career thus far?

WHB: Playing on the Late Show with David Letterman in New York a few years back was pretty surreal. I had to keep pinching myself and reminding myself that “Hey, I’m in New York City, and I’m playing in a successful band from Melbourne on the Dave Letterman show! Woah!”

An upcoming solo EP to mark a new beginning