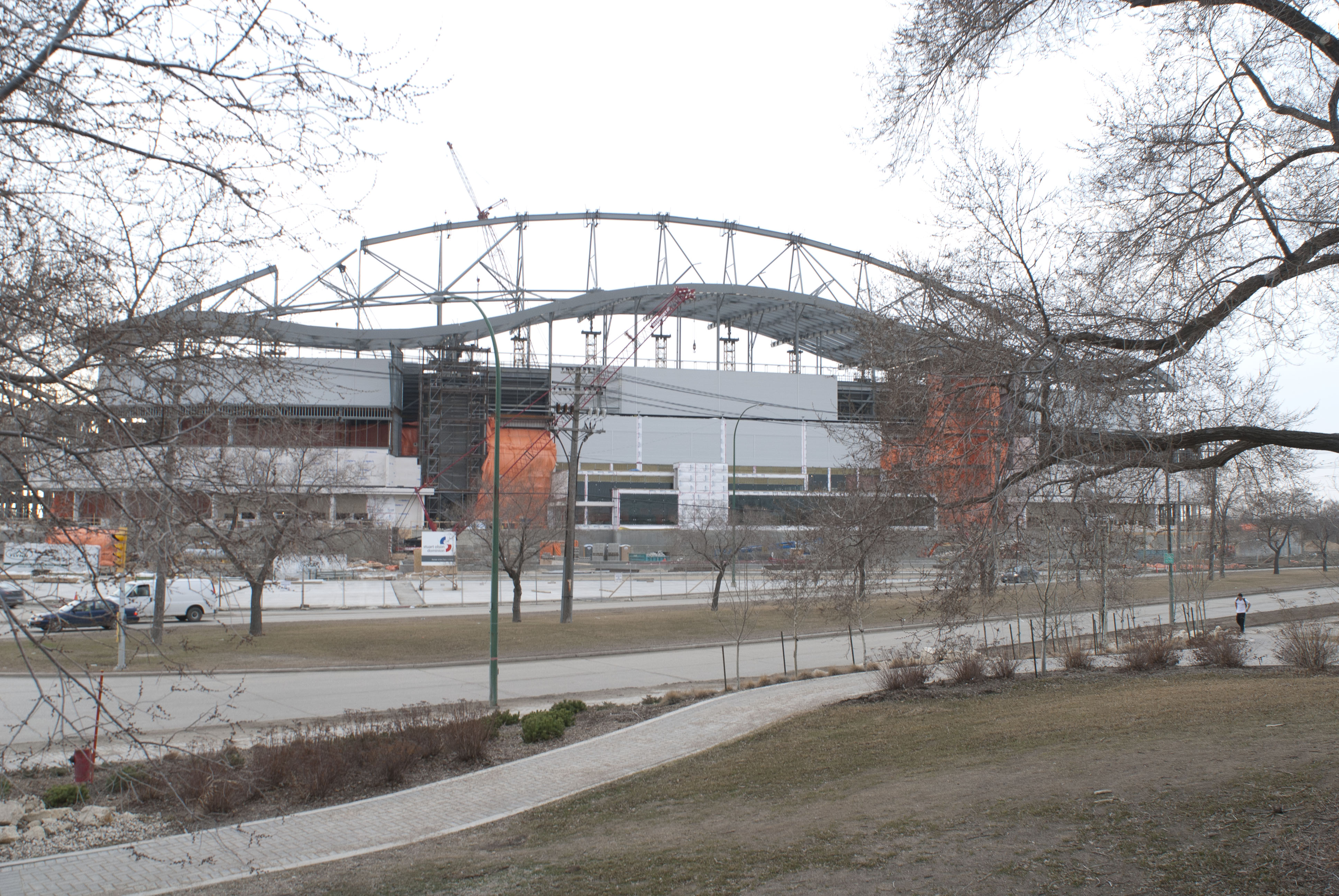 The Bisons announced their opponent for the first ever CIS game to be played at the new stadium, Investors Group Field. The Bisons will host the University of Saskatchewan Huskies in a game scheduled for Sept. 8.

For CFL fans, it should be easy to see how brilliant this move is.

For the not-so CFL savvy readers, you may need to look into the longstanding rivalry between the Winnipeg Blue Bombers and Saskatchewan Roughriders. A rivalry so storied that the annual grudge match on Labour Day Sunday just wasn’t enough. Since 2004, the Bombers have referred to and marketed the following week’s rematch in Winnipeg as the “Banjo Bowl.”

With the Bisons and the Blue Bombers soon to be sharing close quarters, it seemed only natural for there to be some cross promotion, and according to the Bison Sports’ Director of Athletics, Colleen Dufresne, that is definitely the case.

In a phone call with the Manitoban, she confirmed that the Bisons and the Bombers are currently working out details regarding the weekend, but could not comment on specifics at this time. Asked whether the U of M hosting their Saskatchewan rivals would become an annual event in line with the Banjo Bowl, Dufresne indicated that that was the ultimate goal.

Expect more information regarding the historic game and the events surrounding it to be released to the public by the end of March or in early April.

If you’re curious to know exactly how much time remains until the Bisons big debut in their new digs, don’t hesitate to ask head coach Brian Dobie — he’s literally counting down the days until the start of the season, as he continues to recruit the next class of Bison football athletes.

Dobie has stated that he thinks the new stadium has provided the Bisons football program a perfect opportunity to introduce Winnipeg CFL fans to the Canadian university equivalent.

He used the 2007 Vanier Cup and Grey Cup as a perfect example of passionate football fans from the prairies embracing the CIS game. The Vanier Cup was played Friday night, with the Bombers and Riders facing off in the Grey Cup game two days later on Sunday. Dobie believes that the support of fans from both provinces boosted attendance, leading the 2007 Vanier Cup to become the best-attended CIS championship game of the past decade.

With hundreds, possibly thousands, of Saskatchewan football fans expected to be in town to watch the pros play on Sunday, the prospect of another provincial grudge match should help raise hype and attention for what will be a historic weekend for both the Blue Bombers and the university.

Saskatchewan football fans are notorious for their willingness to travel to support their teams. When asked about the possibility of the Bisons playing in front of a sea of green for their first game in their new home, Dobie wasn’t worried at all.

“I say bring them on . . . I’m confident that there will be a healthy contingent of Bison supporters.”

With over 25,000 students enrolled at the U of M, and an abundance of seating capacity at Investors Group Field, the game with Saskatchewan will present students the opportunity to showcase to the rest of Canada our pride in our school.

“It’s a part of going to school here. We’re all Bisons,” Dobie explained. “Whether you choose to accept it or not, when you leave with your degree, you’re a Bison. It’s something that sticks with you, and it’s a big part of this school’s identity.”