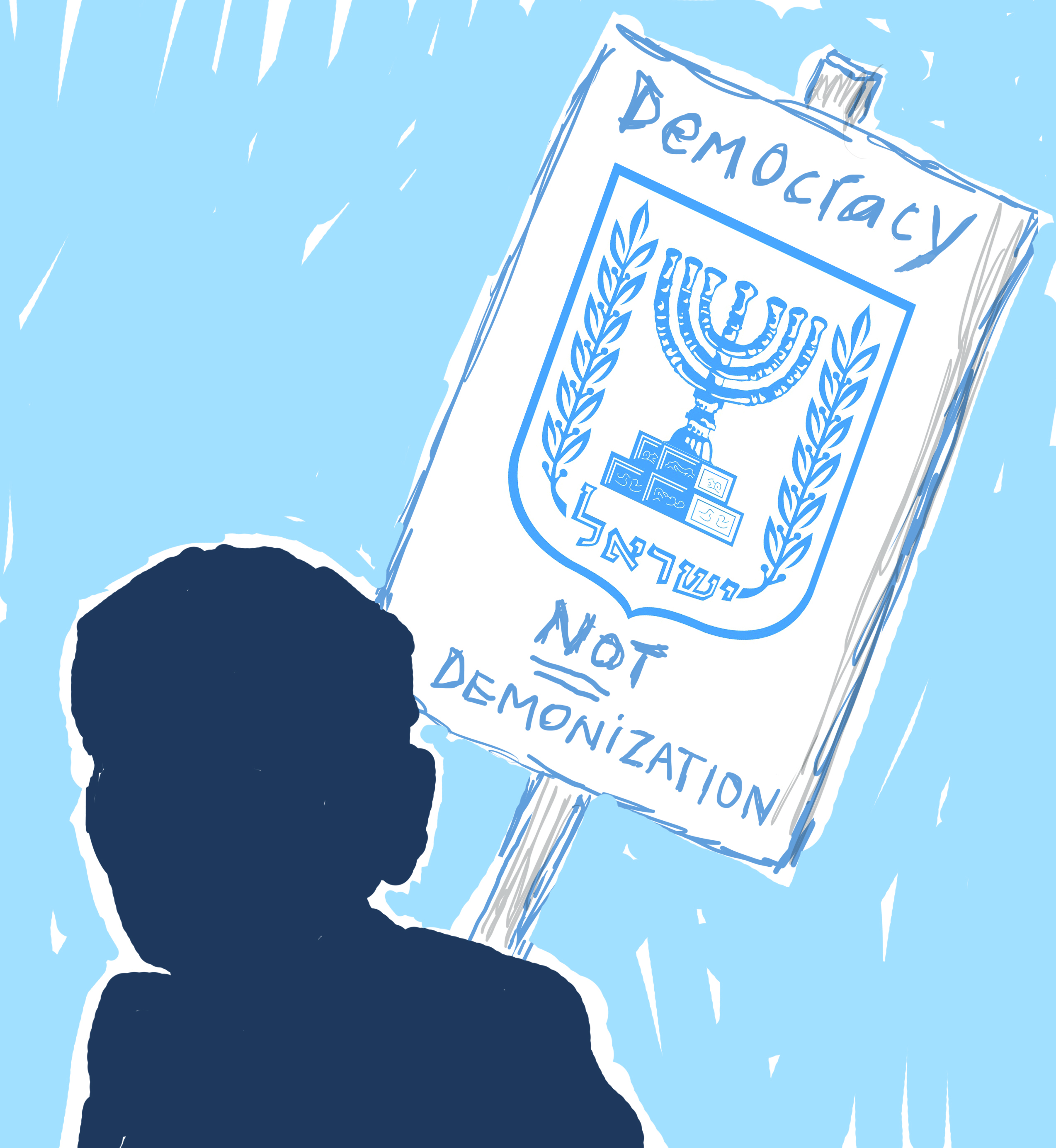 From March 5 to 9 the University of Manitoba will once again be subjected to that cascade of misplaced zealotry known as Israel Apartheid Week (IAW). Each time it arrives at our doorsteps, I’m sure all of you, like me, are reminded of the musings of one Jack Donaghy from 30 Rock: “Are we back in college freshman year? Let’s go to the common room and talk about apartheid.” My analogy may sound trivial — and it is — but I find the quote nicely characterizes most students who partake in the lectures and rallies of IAW — they seem to be itching for something to idealize about.
Do not assume that I consider the Middle-East conflict to be insignificant.

On the contrary, I am very invested in it, but my own feelings are of a relatively non-partisan nature, and they can be summed up quite succinctly by another quote, this one from historian Norman Cohn: “I don’t care for any of it. Zealots on both sides are equally ignorant, equally despicable, and equally deserving of each other. What I do care about is those caught in the middle who just want to lead their lives in relative peace and with some semblance of normalcy.”

Having said that, Israel Apartheid Week has never seemed concerned with negotiating peace. Their product is demonization. While I would not go as far as to league it with the radical (and very real) Middle-Eastern powers who have vowed to “wipe Israel off the map,” IAW’s brand of aggression and propagandization against Israel certainly helps to fuel those types of movements.

Is IAW anti-Semitic? Indeed, I think parts of it are; namely its fundamentals. Throughout history the Jews have been the eternal scapegoats, an easy target of blame when faulting one’s own self is far too negatively introspective. The Christians blamed the Jews for killing Christ; the Nazi’s blamed the Jews for Germany’s defeat in World War I; the Marxists blamed the Jews for capitalism. Today, movements like IAW are just a secular incarnation of what has been the gentiles’ most persevering tradition — the Jews are always to blame.

But that only represents IAW in its most rudimentary form. I am not convinced that all of its supporters prescribe to such textbook anti-Semitism. While anti-Semitism is real, contagious, and as prosperous as ever, in regard to student rallies and lectures, I would alternately classify it as “unknowing” anti-Semitism. As I mentioned above, many students involved in it are just thirsty for some expressive idealism. So then the question evolves: why Israel? Where is Congo Liberation Week? Where is Sudan for Peace Week? Where is North Korean Oppression Week? Where is Iranians for Democracy Week? Where is Equal Rights in Uganda Week? A profound passion that exists on a global scale for demonizing Israel as the “big bad” when, in proportion to other parts of the world, it is far down on the list of nations that need to be called out. So I repeat: Why?

Well, the answer to this mystifying question is layered. While it is not unreasonable for many Arab people to feel antipathy towards Israel given its existent human rights abuses against the Palestinian state, the more heated propaganda against Israel comes at the hands of the radicals. For example, when Palestine started naming schools and camps after Dalal Al-Mughrabi, the Palestinian terrorist who killed 37 Israelis in a bombing in 1978, it unquestionably exposed a few egregious attributes of its own. The antipathy is rational; the glorification of killing Israelis is anti-Semitism, period. In other words, complete allegiance to one side of the conflict is rather cockeyed as far as I am concerned. Still, the partisans remain strongly in place — Arabs on one side, Jews on the other. And as long as anti-Zionist libels and dogma continue to be sneakily propagated by radical Arab leagues, neutral outsiders will be swayed to movements like IAW.

However, a more subtle reason for the attractiveness of IAW to students seems to lie in Israel’s rather ambiguous place on the world stage. Israel is a country in the Middle-East, a place about which we as westerners are endlessly “informed,” yet it is a democracy, and the only one in that area of relative stability. Thus, we hear about it. Democracy, after all, implies a place in which freedom of speech and freedom of the press are paramount, and any questionable incidents pertaining to Israel are sure to flood our computer screens. Unlike other censored states, any false imprisonment, any torture, or any murder is likely to be reported there — or, let’s just say, “more” likely. Furthermore, democracy for a nation suggests a heightened responsibility to act with reason, judgment, and fairness. Louis Menand said, rather straightforwardly, “Democracy means accountability; that’s what makes democratic governments different from authoritarian and totalitarian ones.” The leaders in countries like Iran, Libya, Egypt, etc. are more than welcome to act horrifically and oppressively because we expect it from them: they aren’t democratic. They are merely apologists for ideologies many people don’t understand, nor want to understand. In short, no matter how horrific their acts, no matter how abusive their policies, people are less inclined to jump on bandwagons against far greater human rights abusers because: 1) they never hear about it, and 2) they can’t identify with it.

So how do we fix the problem? As far as true anti-Semites are concerned, we can’t.

As historian Ben Segal put it, “What can the debunking of destructive lies accomplish? The true believer is beyond reach. The cynical propagator has no interest in truth.”

What we can do, however, is muffle the lies. We can stop the propaganda from infiltrating the minds of impressionable students who are in search of a quest. Maybe then their attention can be turned to more worthwhile endeavours. Drowning out Israel Apartheid Week will not stop the libels, but it’s a start. When the preaching starts, please just cover your ears.

Matt Abra is a grad student in twentieth century history.

The successful economic integration of refugees

3 Comments on "Be careful what you’re supporting"