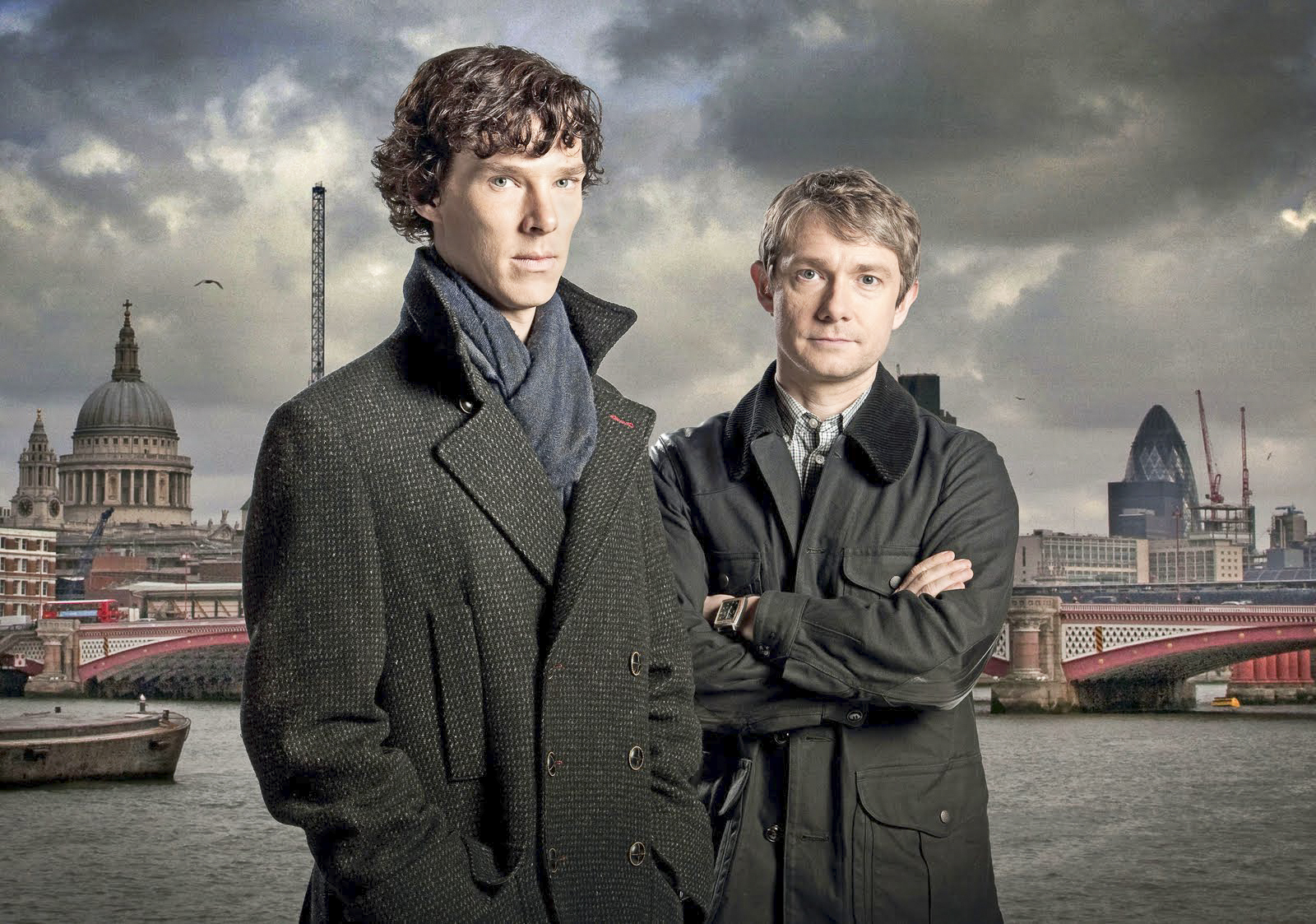 Robert Downey Jr. is like popcorn — when you are at the movies, he is totally irresistible. Whether he is playing a superhero in the Iron Man franchise, or an award winning Australian method actor turned soldier in Tropic Thunder, there is something about Robert Downey that just makes you happy. Charisma. When it was announced that he would be taking on the role of the greatest detective this world has ever known, the one-and-only Sherlock Holmes, my heart skipped a beat. Could Downey pull this one off? In spite of everything I have just said, I had serious reservations about this decision.

The first film and its sequel, starring Downey Jr. and Jude Law, were pleasant surprises (I don’t care what the critics say; the sequel, Game of Shadows, was by far the superior film). I was not disappointed. But with all of the Sherlock blockbuster buzz in 2009 and 2011, another — superior! — Sherlock Holmes adaptation may have skirted under our social radar.

And this cannot stand!

Benedict Cumberbatch plays Sherlock —delivering a more persuasive, more inspired, and stronger performance than Downey Jr. — while Martin Freeman plays Dr. John Watson. Freeman and Cumberbatch are both talented actors individually but, in this particular case, it is the chemistry between them that makes this series so worthwhile. They are the perfect pair.

In Sherlock, Holmes texts, Watson blogs, the two catch cabs, rent a flat, and Mrs. Hudson is a landlady and not a housekeeper. Co-creator Mark Gatiss discusses his feelings about the modernization of such a classic character: “Steven [the other co-creator] and I are second to none in loving the flaring gas-lit atmosphere of a lovely old London, it felt as though Sherlock Holmes had become all about the trappings and not the characters.”

Startling at first, seeing Sherlock at work in our modern era is eventually very satisfying. At first glance, I was concerned that the effort to modernize the classic stories would damage their integrity. The 21st century is hugely different from the 19th. Gatiss, however, makes a compelling argument on this front.

“In the very first story, ‘A Study in Scarlet,’ Dr. John Watson, an army surgeon, is invalided home from war in Afghanistan. Well, sad but true, we’re pretty much in the same war now.” There are many facets of these two worlds that shimmer in a similar light.

“It’s endless fun to take the little details and realize how easily, how neatly, they update,” says Gatiss.

Sherlock has had two complete seasons with BBC, there are plans for the release of a third season in early 2013 (with both of the leading men filming The Hobbit, the delay is only to be expected). Each episode is an hour and a half long, and though they are not quite as nice to look at as the two films that have come to the cinema, they more than make up for it with their wit, clever writing, impressive, compelling story lines and the chemistry between Watson and Holmes. Each episode is a mini movie and every single episode is spectacular.

Do not balk at the modern updating; rejoice that Mark Gatiss and Steven Moffat have given us an adaptation of Sherlock Holmes worthy of modernity. “Addressing the heresy once more, I can only say again that Sherlock Holmes and Dr. Watson are immortal. It’s been a privilege and a thrill to put our new version of Doyle’s blessed and wonderful creations onto the screen.”

The game is on!

There Will Be Lawyers