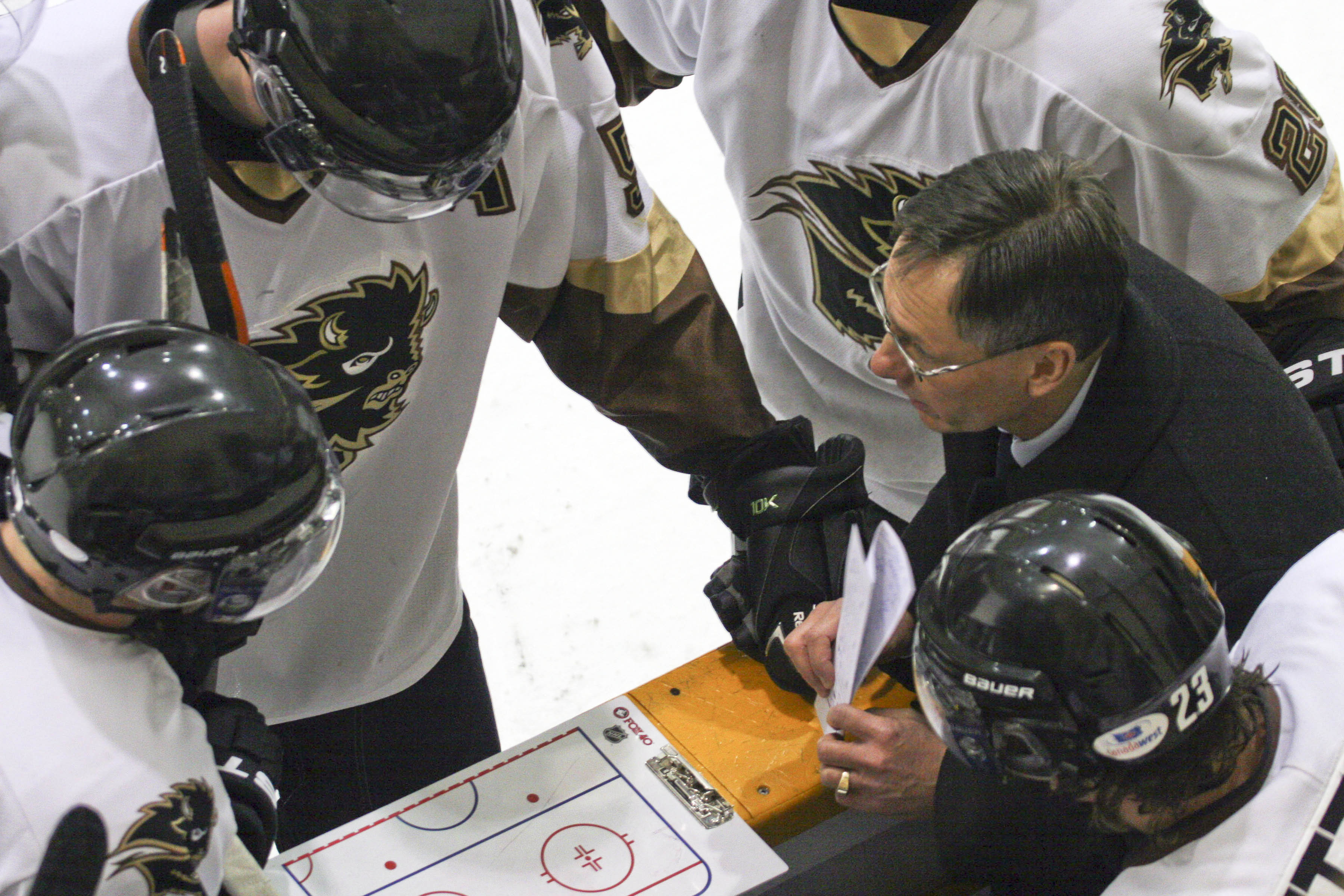 While the Winnipeg Jets get the majority of attention from hockey fans around the city, the U of M Bison men’s hockey team (ranked third in the CIS) are preparing for what’s sure to be a hard fought Canada West playoff run.

The Bisons capped off the 2011-12 Canada West regular season in dramatic fashion on Feb. 18 by securing their 20th win of the campaign and the top seed in the Canada West playoffs with a 5-4 overtime victory against the visiting UBC Thunderbirds.

Manitoba finished the season with a 20-5-3 record and 43 points; one point more than Alberta and two points more than Saskatchewan, in what was a close race to the finish for first in the conference. Since play resumed in January, the Bisons have only lost one game in regulation, a 5-4 road loss to Lethbridge on Jan. 28.

“This is a tough conference to compete in,” said head coach Mike Sirant. “Anytime you can finish first place, that means you’ve faced different adversity through the year and our guys have handled it very well. To achieve the amount of points and record that we did is a great accomplishment, and something that we’re all proud of.”

The 2011-12 Bisons have already made history, as they became the first Bison men’s hockey team since 1971 to clinch first place in Canada West regular season standings. But breaking a drought that’s lasted over 40 years will hopefully end up as a nice footnote for a program eyeing a lengthy playoff run.

Finishing first meant the Bisons had a bye through the first round of Canada West playoffs. With the first round being played during reading week, the players were afforded a more flexible schedule that included morning practices with afternoons free for players to relax, recuperate and, of course, study for any upcoming exams.
Sirant said he’s been keeping the practices short and intense during the break, as he keeps the team focused on execution and staying in top game shape — while also working on incorporating some new wrinkles into their system that might catch their playoff opponents by surprise.

It’s important to emphasize that finishing first in the conference does not appear to have gone to the players’ heads. Sirant has instilled a mantra in the locker room of patience and remaining focused on the task at hand.

“That’s how we’ve approached the whole year: one game at a time, not getting ahead of ourselves, staying humble,” Sirant explained. “That’s worked very well for us this season.”

On top of staying humble, the chemistry amongst the players seems to have made an impact both on and off the ice. Fifth-year player Chris Benias described a scene in the locker room after their practice on Feb. 22.
“After practice today, we were hanging out in the (locker room). An hour and half after practice, and there’s still 15 guys in there or so,” said Benias, adding, “Everyone gets along really well. It’s a really tight knit group and I think that transfers onto the ice. The more you like the guys that you’re playing with, the better you’re going to communicate with them on the ice.”

The Canada West men’s hockey semi finals kicks off this weekend as the Bisons host the Calgary Dinos in a best of three series at the Max Bell Centre. Games start at 7 p.m. on Friday and Saturday, with a tiebreaking third game to be played on Sunday if necessary. Adult tickets are $12, while student tickets are $7, and are available game day.