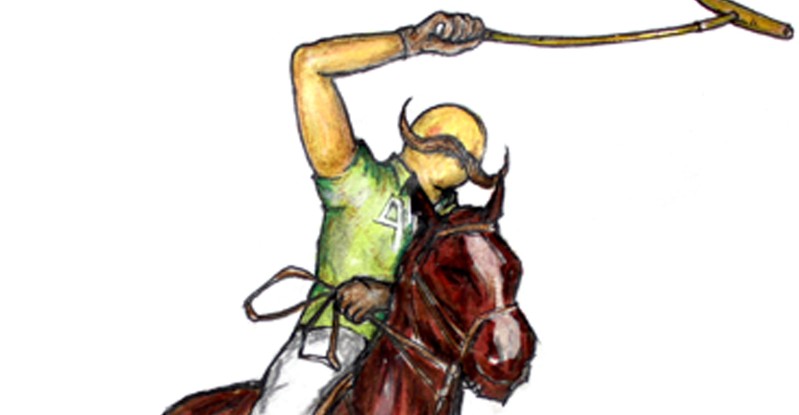 From time to time, even some of the greatest and most prolific heroes in all of sports fall through the cracks of obscurity and are lost to the world at large. Legends of the Periphery celebrates the best of the best among the forgotten, the bizarre, the esoteric and the obscure.

In the 1950s, the world of competitive polo was not as progressive, not as welcoming a sport as it is today. Sue Sally Hale was a born horse rider who possessed a natural talent for the sport of polo like few others. The problem with Hale playing professional polo, however, was that she was a woman and women were strictly prohibited from admission in the United States Polo Association.

Born Aug. 23, 1937 in Los Angeles, California, Hale owned her first horse at the age of three and by her early teens already had her sights set on participating in the competitive polo scene.
Hale’s father, mother and, later, stepfather all worked within the movie industry of Hollywood, so at an early age Hale was accustomed to glamorous aspect of polo — an activity often enjoyed by stars such as Spencer Tracy, Will Rogers and Walt Disney.

In spite of the restrictive rule set, and in the face of great adversity, Hale decided she wasn’t about to let the sexist bylaws of the USPA keep her from fulfilling her dream. It took some strategically placed mascara applied to the upper lip as well as an oversized shirt to disguise her more feminine qualities, but before long Sue Sally Hale had transformed herself into A. Jones, an upstanding male polo player who came to the game with an almost unmatched level of enthusiasm.

In order to play the game she loved, Hale would continue to disguise herself as A. Jones for a period of nearly two full decades, from the early 1950s through to the 1970s. At first Hale was alone in her secret life but soon enough members of her home club would learn the true identity of A. Jones. Despite the clear prohibition of female players from tournament polo competition, neither Hale nor her teammates made any indication that anything was different about their particular polo club; it just wouldn’t be right to exile an individual who possessed such a powerful passion for the sport.

The Los Angeles native once described polo as one of the greatest things on Earth: “Going down the field with seven head of horses broadside, getting bumped by 900 pounds of horse and man, just holding that line steady for two seconds to make that shot. God, I love the game.”

In 1972, after years of repeated rejection, Hale’s hard work and persistence finally paid off when she became the first woman ever to gain admission into the USPA. In 1990, Hale led a female team that included her two daughters Sunny and Stormie, as well as the world’s top French female player, Caroline Anier, to the first United States Women’s Open championship. Having already played the game of polo for nearly forty years, Hale was a 53-year-old grandmother by the time she had won the first ever United States women’s title.

“We all just sat and cried,” said an elated Hale, “because we didn’t think we’d ever get to play. Those were great games at that tournament. And that’s where women’s polo really started.”

Apart from the game of polo, Hale was an avid poet, painter, sculptor and regularly campaigned against urban sprawl in the Los Angeles area. Hale continued to play polo regularly until she passed in 2003, at the age of 65.

Since 1972, there have been more than 600 women granted admission to the United States Polo Association.

A day in the life: Doing the blot

The opposite of Canada’s newest national museum?