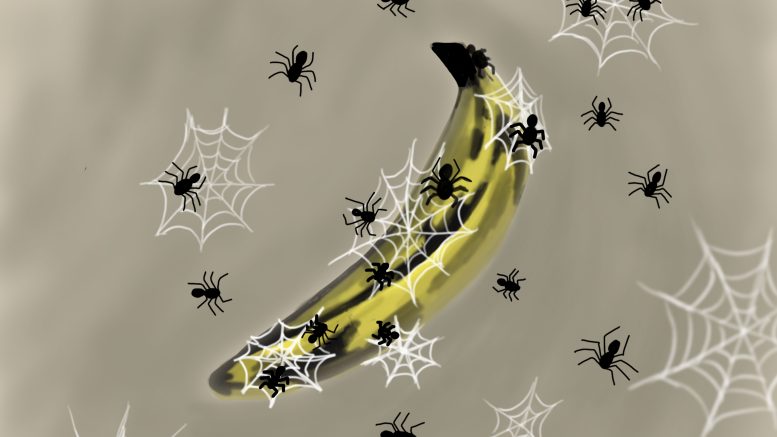 As one of the two news editors at the Manitoban, there are strict journalistic practices that I must follow when writing any news article. I must write in a specific format, and present an impartial perspective that does not choose sides. This is done to ensure that news coverage is neutral, unbiased and allows readers to develop their own opinions on the topics being covered.

As an editor, I have the responsibility twice a year to venture outside of my section and into editorials. So, here I present the little bit of creativity and emotion that I feel comfortable sharing with a faceless audience.

Even though qualified journalists take these steps to present facts objectively, the readers will often pick a side, judge individuals and groups or even pick and choose facts out of a story to help shape a narrative that benefits them.

In other words, humans consistently pick a hero and a villain. There is good and evil. Light and darkness.

Humans have been doing this in every facet of our lives for millennia.

Blue Bombers fans cheer for their team and boo the Saskatchewan Roughriders. Marvel fans clapped for the Avengers and cried when Thanos snapped his fingers. Children play with ladybugs and run at the sight of a spider.

What terrible thing has the aforementioned arachnid done to warrant such a negative reaction? Other bugs are equally as creepy or more so. Meanwhile, rodents are partly responsible for the spread of viruses that have wiped out millions of people, and Canada geese have terrorized U of M students for years.

These eight-legged creatures, not that different from other insects, have been socially constructed to be disgusting varmints that cause people to have nightmares, and in most cases, people kill them on sight.

Yet, when we really break down why we do not like spiders, it’s usually just because they creep us out. Most people have not encountered a spider that has done anything worse than scurrying a little too close to their feet or landing on their shoulder.

Even with most people’s limited interactions with and knowledge of spiders, we still demonize them on sight.

This is because humans avoid things that make them uncomfortable and that can potentially harm them. We seek to defend ourselves from things we do not understand or control, or that we think may hurt us.

Spiders, darkness and fire are all things that have been associated with evil and fear. The concept of evil can also be interpreted simply as anything bad, gross, dirty or something to
avoid.

We view others from these perspectives every day. Politicians, that old man on the bus and bruised bananas are all things people routinely interpret as gross, dirty and even potentially dangerous.

However, not all politicians are crooks, and the old man is probably just on the way to go see his grandkids. When we open that slightly bruised banana, more often than not it tastes just fine.

Rather, intentional, systematic, negligent or patterned forms of unprovoked aggression and violence are often accurately identified as evil.

We must think critically about how we look at things, and understand why we interpret and react to them the way we do.

When this is not practised, things like hairstyles, clothing, skin colours, languages, cultures, religions and music become aspects that people allow themselves to associate with fear, and allow themselves to hate in others. Remember, when you peel a bruised banana, the fruit is still nutritious. Please do not throw it away before taking the time to see what is on the inside for yourself.

Please do the same when in class, walking the tunnels, at the bar, working out in the gym or reading the news.

Just like the banana, not everyone is going to perfectly fit into your idea of what they should be. You don’t have to pretend to love them, just understand that they have been on a
long, bumpy journey, just like you.

And trust me, the spider is more scared of you. Let it build its web.