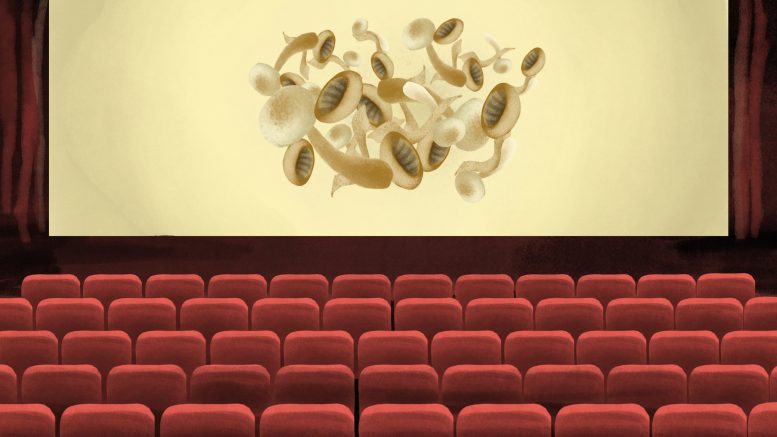 A documentary about a stage four cancer patient and her journey with medical psilocybin psychotherapy to treat end-of-life distress is coming to the Cinematheque for one night only on Jan. 23.

Dosed 2: The Trip of a Lifetime, directed by Nicholas Meyers and Tyler Chandler, will be screened at 7 p.m., and a panel discussion will take place afterward to discuss psychedelics, psychotherapy and the intersections of the two.

The screening is sponsored by the Psychedelic Society of Winnipeg and a non-profit coalition called TheraPsil. TheraPsil is featured briefly in the film assisting the documentary’s subject, Laurie Brooks, in acquiring legal access to psilocybin for medicinal purposes.

Psilocybin itself is a compound found in several mushroom species that produces psychoactive and psychedelic effects, potentially altering the user’s perception, cognition and emotional state.

TheraPsil as an organization works to support patients who seek legal access to therapeutic psilocybin treatment through Health Canada’s Special Access Program, or through an exemption outlined in Section 56 of the Controlled Drugs and Substances Act. They also connect patients with medical professionals who can provide further assistance and support.

John Gilchrist, communications and training specialist at TheraPsil, feels that “psilocybin as a whole really does seem to provide people with a clean slate and the ability to look at what they’re dealing with from a completely new lens.”

Gilchrist said that he personally hopes the film will help normalize psilocybin and other psychedelics as a type of medicine, and that ”people begin to realize that these substances can help all kinds of people that are experiencing a variety of mental health conditions.”

He believes that if Canadians are going to be able to utilize the newly revised medical assistance in dying law — which will allow mentally ill patients with no other medical conditions to seek medically assisted death by March of this year — they should have the opportunity to try every possible option for treatment before getting there, including the use of psychedelics.

The panel and Q&A period that follows the screening of Dosed 2: The Trip of a Lifetime will feature the therapist of the patient featured in the film, a local therapist, an oncologist and a patient, who will each provide their unique perspectives on the issues of psilocybin therapy and end-of-life care.

Dosed 2: The Trip of a Lifetime screens at the Cinematheque Jan. 23. The event is currently sold-out.

The controversy over Zero Dark Thirty

Letters to the editor