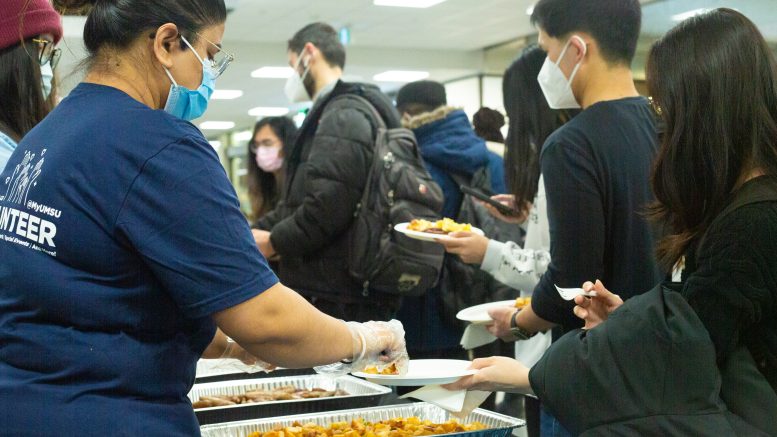 With winter term underway at the University of Manitoba, multiple events are happening on campus.

The University of Manitoba Students’ Union (UMSU) held Frost Fest from Jan. 9 to 20. Some of the event’s activities included a snow sculpting competition, karaoke night and a silent headphone disco.

Elishia Ratel, UMSU vice-president community engagement, said that students have been creative and engaged in events like the snow sculpting competition.

The U of M’s Undergraduate Political Studies Students’ Association (UPSSA) is hosting an event on Jan. 27 from 9 p.m. to 2 a.m. for students and staff in the political studies department. The event will be held at VW’s Social Club and will cost $5 to attend.

Sarah Thiessen, co-director of communications with the UPSSA, described the event as a chance for those in the political studies department to gather and get to know each other better. She said that during and after online learning, many students have had trouble connecting within the program.

Thiessen said that having the event at a bar like VW’s will be a change of pace from other networking events that UPSSA has held the past, and highlighted that staff in the department are also welcome to attend. Although the event is mainly for political studies students, it is also open to any students who are interested in the program and what it has to offer.

“It’s really great to be able to do things like this again, and I’m hoping we have a pretty big turnout,” she said.

Laksh is also hosting an event on Jan. 29 to welcome new and returning students to campus, which will take place at the Obsidian Ultra Lounge beginning at 9 p.m. Tickets at regular price are $20, while early bird tickets are available for $10.

Divyam Nagpal, president of Laksh, explained that the club is an organization to support South Asian students in their life at university, which can include helping them find housing, providing mentorship and more.

Nagpal said that the club’s goal being back in person has been to hold new and different events.

He described the back-to-school event as an “ice-breaker,” saying that it will be a chance for students to make new connections and friends.

He said that although the event is geared toward South Asian students, it is also open to anyone who is interested in South Asian culture.