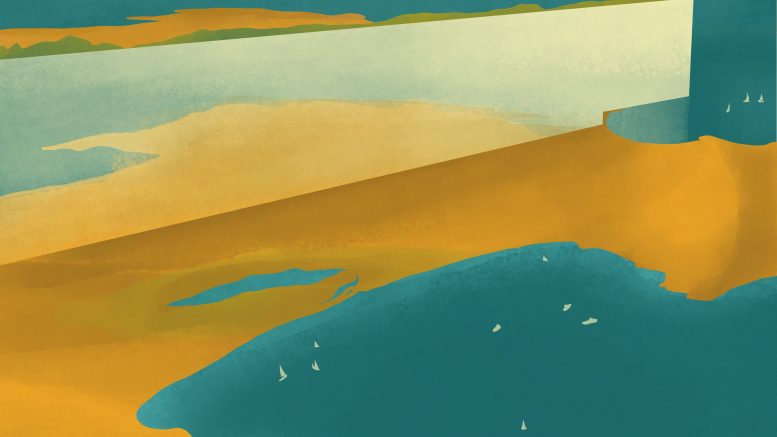 Imagine you wake up in the heat of summer. Beyond the city walls it is over 40 degrees,
with sandstorms raging. But you get out of bed and go for a walk in your carless, climate-
controlled community. You live in the future.

This future may not be out of reach.

Speculation has risen that construction has begun on a 170-kilometre-long, 200-metre-
wide vertical city spanning across the Tabuk province of Saudi Arabia. The project is part of
the Saudi Vision 2030 to revitalize the country.

NEOM, an organization based in Saudi Arabia, is behind the revolutionary civilization
project known as The Line. Crown Prince Mohammed bin Salman announced designs for
the city on July 25 of this year. The Line is one of three regions being developed by NEOM,
along with Trojena and Oxagon — a mountain tourism location and another futuristic city,
respectively.

The Line will be home to nine million people, and residents’ well-being and health will be
prioritized over infrastructure. A high-speed rail system will take residents anywhere they
want to go within the structure, and will be able to go from one end to the other in only 20
minutes.

All residents will have access to sports facilities, universities, health care and other
necessities and leisure activities. The Line is also expected to create 380,000 jobs by 2030.
Residents will be able to save on expenses like cars, and the fast rail transit will leave more
time for family. Best of all, in my opinion, will be the immense attention to integrating nature
and sunlight into everyday life.

The city itself is a glimpse into what I believe people fifty-some years ago thought this
decade would look like. I think it could be a place for humans to thrive and live the lives they
dream of living.

It will cost hundreds of billions of dollars to build The Line, and the project will require the
best in engineering, architecture and construction .

At its best, the project will provide all that it promises and truly be the sustainable living
environment it is designed to be. However, that is without taking into consideration things
like Indigenous displacement and climate change.

Further, a scientific publication from March 2022 asserted that without major climate
reform efforts, the Arabian Peninsula will reach temperatures that pose risks to human
existence by the end of the century.

The Line’s goal to be climate controlled would mean that a cooling system would need to
be put in place. Cooling systems need energy to run and while NEOM claims that The Line
will be powered by renewable energy, all energy technologies we currently have create
emissions at some stage. This means that The Line would contribute even more to the rising
temperature.

There would be an immense amount of energy needed to keep the projected millions of
residents in a livable environment.

At least Prince Mohammed isn’t ignoring or denying climate change. This raises the
question of whether The Line and NEOM are a ploy to make millions, or whether the
organization truly wants to create a utopian society and live up to all its promises.

I think this project is fascinating, a good idea and could make it easier to live a sustainable
life. I think it’s a little too late, though, unless its construction is a way to house humans after
the planet inevitably becomes uninhabitable — but that raises many other questions.

The Line is great in theory, but the results of the project could go either way.

New players in an old game