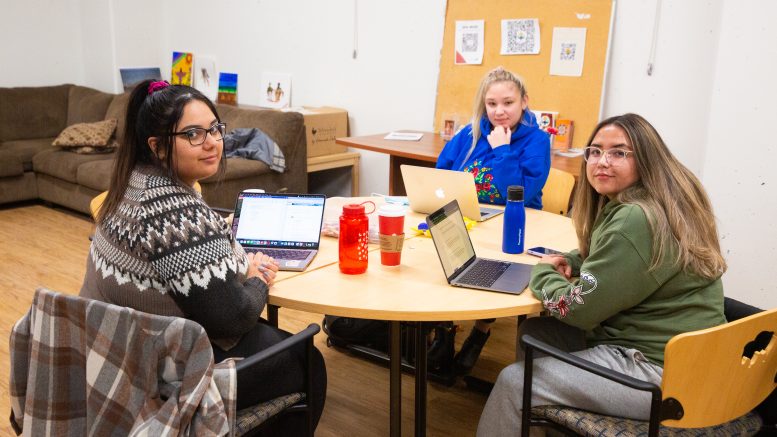 For the past four years Indigenous Students’ Month has been celebrated at the U of M.

An open mic night was held at VW’s on Nov. 1, and on Nov. 14, UMSU and UMISA hosted the A Night With Auntie drag show and speaker night. Two days later, UMISA held a community assembly for Indigenous students in the Helen Glass Centre for Nursing.

On Nov. 25, an Indigenous celebration and market event will be held on campus, where there will be drummers, bead work, food and much more.

“It’s a big adjustment, so being able to uplift them in their academic journey is really important,” she explained, adding that the month is also an opportunity for all students to expand their learning.

“Your learning doesn’t stop in the classroom, it should be ongoing, and this month is also a way to encourage that,” Catcheway said.

The Indigenous Student Centre (ISC), a space on campus where Indigenous students from all faculties can gather and be supported in academic and personal ways, has cultural programming throughout the month.

Currently, the ISC is holding weekly sharing circles primarily online, as well as fireside chats that occur every second Tuesday. There are also workshops which focus on financial well-being of students.

On Nov. 24 and 25 from 11 a.m. to 2 p.m., Migizii Agamik is hosting a winter market. The free event will showcase the talents of Indigenous students. Crafters are encouraged to reach out to Indigenous student advisor Vanessa Lillie to sign up as a vendor for free.

Alicia Rae Kubrakovich, a fifth-year Indigenous studies student, was involved in establishing the first Indigenous Students’ Month in 2019 as then-UMSU Indigenous community representative. She said that a lack of Indigenous programming led to the creation of the month-long event.

Kubrakovich said that a lot of Indigenous students are from smaller northern communities far from Winnipeg, so coming to university can be a big adjustment.

“It takes a lot of courage for Indigenous students just to leave their home, pack up their bags, leave their family and all that stuff behind just to come pursue an education,” she said.

Although things have improved since her first year, Kubrakovich said that many barriers and issues still exist for Indigenous students at the university.

However, she is glad to see that Catcheway and UMISA are continuing to build upon the groundwork that she helped lay four years ago.

“To be able to see that continue when I’m not in the position anymore, it really warms my heart,” she said.