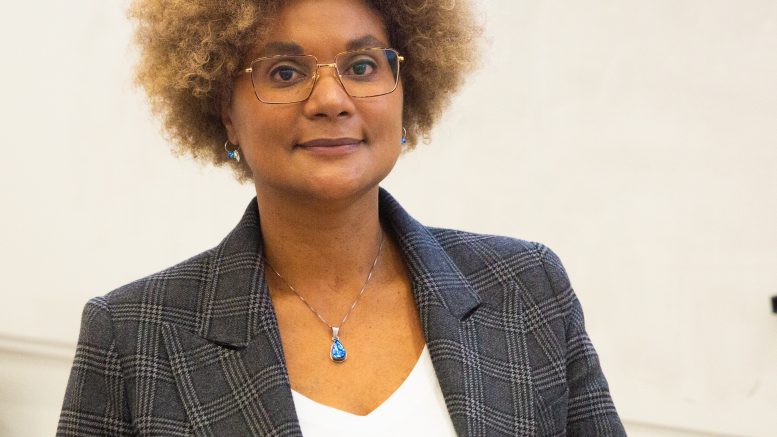 Last Tuesday, the U of M faculty of science hosted a seminar on “Recognizing and Mitigating Unconscious Bias in Academia” at its Fort Garry campus. The session featured guest speaker Maydianne Andrade, a biology professor at the University of Toronto Scarborough and president of the Canadian Black Scientists Network.

Andrade discussed the ways our biases, stereotypes and preconceptions can unconsciously have an impact on our decisions and cause us to support systems that exclude specific groups of people from academia, specifically in the sciences.

“In Canada, we’ve been talking for a long time about diversity in very vague and quiet ways, usually without any demonstration of the data,” Andrade said.

“But really, diversity is just a statistic,” she explained.

“What proportion of people do we see in our organizations from entry level through to leadership, and ideally, does that reflect the proportion of different identity groups we see on the sidewalks of our cities?”

Equity is embedded in the law in Canada and supported by legal frameworks. Educational institutions like the University of Manitoba have statements regarding their commitment to equity, inclusion and diversity.

“Despite those kinds of statements, despite our laws, it is the case that underrepresentation is common in the academy, and in every sector we look at in Canada, certain groups are underrepresented,” Andrade said.

Although there have been advances in gender equity across other disciplines, Andrade highlighted that this progress has been slower in science, technology, engineering and mathematics in comparison, and additionally, “progress has been primarily for white women, not for women of intersectional identities.”

A significant problem, which Andrade described as a “logical fallacy,” is the commonality of assuming that when women or certain racialized or cultural groups are underrepresented in a specific field, it is simply due to a lack of group interest.

“People look at patterns of representation and they slip into this mindset where that is an explanation for the underrepresentation,” she said.

These patterns of unconscious associations and biases arise toward marginalized and underrepresented groups, often leading to consistent negative outcomes.

Andrade cited an experiment with cold emails sent to graduate school professors in the United States, which showed racialized and gendered differences in response rates based on the names used in the email, with a greater degree of bias against anyone perceived to not be a white man.

The speaker also highlighted a student evaluation survey given in the early days of classes, in which female professors were considered less knowledgeable than their male counterparts despite classes having only just started.

These biases reiterate an assumed lack of competence and knowledge, where oftentimes women of colour need to prove themselves again and again in academia.

These gender biases result in negative effects within academia, and end up filtering people out of the system.

Andrade stressed the need to acknowledge and recognize barriers that certain groups face due to these biases.

“That’s why I talk to individuals,” Andrade continued. “Structures are important, but individuals can actually have a huge effect on inclusion in their local environments.”

“We need everyone to be responsible for equity inclusion, it can’t just rest on the shoulders of the people from the underrepresented groups,” she said.

Andrade emphasized that diversity is not the final objective.

“The end goal is that the people that we see in our organizations also feel that they are valued, and from a selfish perspective, that we have structures that allow us to ensure that their unique ideas and capacities are actually valued and used in the organizations to improve our outcomes,” she said.

“We will only get the benefits of diversity if people of diverse backgrounds have a seat at the table, if they’re actually being listened to, and their ideas and their innovations are being considered in our decision making.”