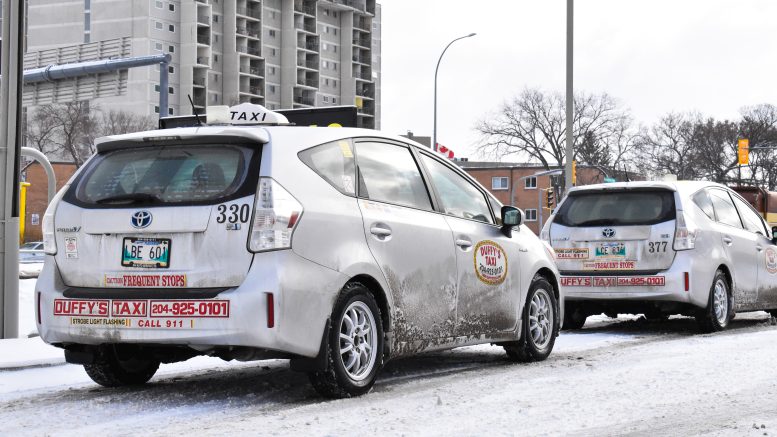 A women’s Indigenous action group has partnered with both Unicity Taxi and Duffy’s Taxi as well as the City of Winnipeg’s Vehicles for Hire program to ensure safer rides for Indigenous individuals.

The action group, which has yet to be named, said in a press release that Indigenous people, particularly women, girls and two-spirited individuals, have long had a “strained relationship” with taxi companies in Winnipeg.

Shaneen Robinson-Desjarlais, a member of the committee, said that sexual violence and harassment from taxi drivers has affected the Indigenous community for a long time.

Robinson-Desjarlais explained that many Indigenous women have been left stranded before they reached their destinations, sometimes at early hours of the morning, or have been forced to pay before receiving service.

She said that many Indigenous representatives and groups have called for a solution to be found, “but nothing ever happens and nothing ever goes anywhere.” The committee engaged in conversation with the presidents of Unicity Taxi and Duffy’s Taxi, and explained how deeply this affects Indigenous individuals.

“How would you feel if it was your women being treated this way, disregarded in this way, when you’re supposed to provide a service that should provide safe transportation?” Robinson-Desjarlais said

According to the group’s press release, cab companies and the city “agreed to a statement of commitment to reconciliation that contains some key initiatives.”

These include a new avenue for Indigenous girls, women and two-spirited people to safely file complaints or concerns about services that the city regulates — such as taxis — as well as options for restorative justice when Indigenous people are victimized.

The group also suggested that companies should implement a required course to understand the effects of colonialism.

Ishkode Catcheway, the UMSU Indigenous representative, said that many Indigenous youth have fears regarding taxis and expressed her own hesitancy concerning cabs.

“If I’m going to be completely honest with you, I haven’t taken cabs in a really long time because of my distrust with them,” she said.

Catcheway believes that the program will not only benefit Indigenous students going to and from university, but also Indigenous youth who attend social events and need a safe ride home.

She said that many Indigenous women keep tabs on each other when taking taxis, as they feel that they cannot trust the person driving them.

“So, I really hope that that comes to an end with this program that they’re doing.”

Come to the cabaret

UWSA votes in slate of women of colour