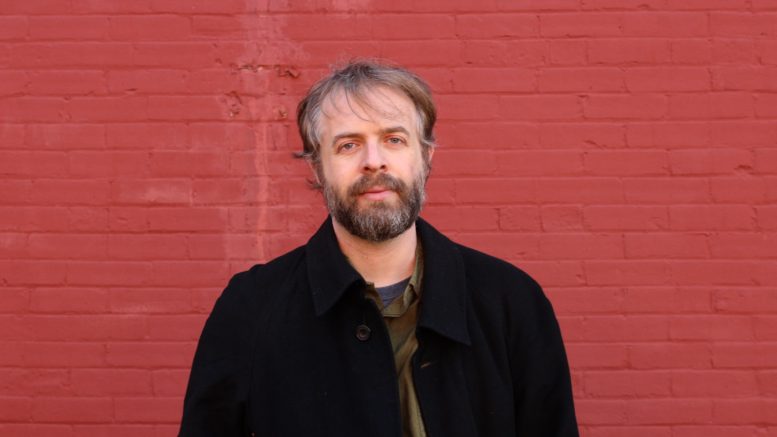 As winter creeps up and the cold sets in, finding the energy to make things can be a tall order. Creative writers in Manitoba may look to U of M’s fall writer-in-residence at the Center for Creative Writing and Oral Culture to provide a burst of motivation to get cracking.

The fall writer-in-residence, Jacob Scheier, is a poet and essayist with a broad range of interests. Scheier’s most recent poetry collection Is This Scary? explores mental and physical illness. The poems are often autobiographical, drawing from Scheier’s own experiences with illness.

Scheier said his poetry reaches toward “colloquial, conversational and talky” styles which are accessible to mainstream audiences, rather than the rarefied feel of traditional lyrical poetry.

When asked to describe his style, Scheier said, “it doesn’t feel alienating in that it’s [not] this high diction, high art, modernist T.S. Eliot whatever kind of object that might make one feel they’re not welcome to read it unless they have a PhD in English literature or something like that.”

At the same time, Scheier draws influence from authors who incorporated autobiographical elements into their work like Sylvia Plath, Robert Lowell and Anne Sexton.

“They were breaking at the time a taboo in writing about their autobiographical experiences about mental illness, and psychiatric institution in particular,” he said.

Much as Plath’s poetry contrasted lively rhymes with the uncomfortable realities of mental illness, Scheier’s poetry in Is This Scary? playfully subverts conventions while grappling with the pains of depression. The poems chronicle a struggle with depression, including an episode which led him to a psychiatric ward in Toronto, Ont.

One poem in Scheier’s collection, “Dear Sam, This Isn’t a Suicide Note” shows the poet-speaker developing a strong bond with a fellow resident in a psychiatric ward. The speaker and his friend intellectualize about suicide and  their illnesses, and eventually the speaker admits to hoping his companion never resorts to that option.

At once sorrowful and funny, Scheier’s speaker pokes fun at himself and sheds tears often in the same verse.

As a secular Jewish person, Scheier said a self-deprecating, tongue-in-cheek humour comes through in his poems, evocative of a “rich tradition” of similar humour in Jewish culture.

The title of one of Scheier’s poems, “Palinopsia Song or Ode to Some Fucking Bird,” is an irreverent reference to the poet John Keats’s “Ode to a Nightingale.” The poem shows the multiple and sometimes clashing influences behind Scheier’s work.

“It’s hard to think of something, at least in literature, as far removed from a kind of self-deprecating Jewish humour than the Romantic poetry — like capital ‘r’ Romantic poetry — and this awe in the face of the sublime, while I’m also writing very much about the everyday monotony of the depression,” Scheier said.

“So, the contrast is very deliberate as well as being an homage.”

Humour is especially important for exploring the realities of mental illness, which many people are not used to, so that they can “stay within the discomfort,” Scheier explained.

Concerning writers in the U of M community or throughout Winnipeg seeking guidance, Scheier said that he aims to advise writers on how to improve, and to point out strengths in their writing.

“I ask people to send me their work a little ahead of time, a sampling of their work, and try to ascertain as best I can the intent, the intention, and then make some notes,” he said.

In working with writers he hopes to give critiques which help people to realize their intentions.

For writers who are still looking to take their first step, Scheier said that figuring out whether they want to write for themselves or for an audience is important.

“If you don’t have a compulsive desire, which for some reason I have and other published poets have, to really see your poems in print, really do almost anything else with your life, because it’s a strangely competitive world with no money in it,” he said.

Ultimately, Scheier emphasized that reading a lot and reading widely is crucial for developing one’s style, including works from the literary canon and outside of it.

“Read contemporary writers who are BIPOC, queer writers and so on, writers with disabilities, as well as understanding the tradition that they are ultimately writing out of and having some kind of dialogue with,” Scheier advised.

“There’s some quote out there about, ‘one needs to read 500 poems before they can write one,’ and that general idea I think is useful. I don’t think you need to write 500 poems, but I think the reading is crucial.”

Members of the Manitoban writing community can book a free virtual consultation with Jacob Scheier by emailing ccwocwir@umanitoba.ca. He will be in residence until Dec. 16.