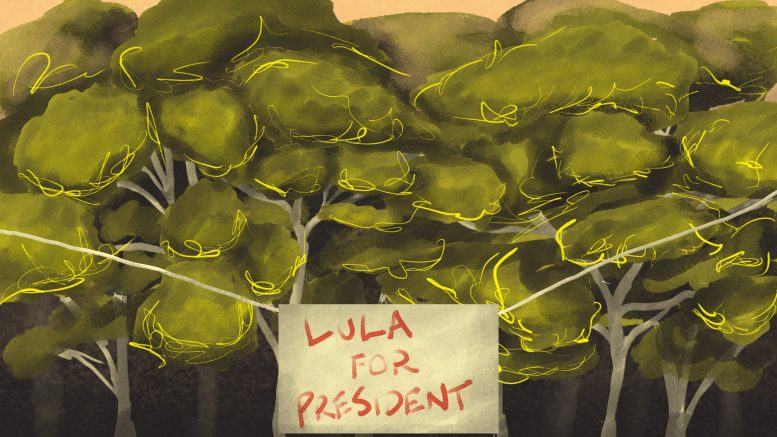 Brazilian left-wing candidate Luiz Inácio Lula da Silva — popularly known as “Lula” —
defeated right-wing incumbent President Jair Bolsonaro in Brazil’s national elections on Oct.
30. The victory turns over a new page for Brazilians and environmentalists, as Lula has
promised a reduction in deforestation and the renewal of social welfare programs.

Lula’s victory came by a razor-thin margin, receiving 50.9 per cent of the vote to
Bolsonaro’s 49.1 per cent.

Despite failing to secure another term as president, Bosonaro has already had a
significant impact on Brazil’s foreseeable future. He received immense international criticism
for significantly increasing deforestation in the Amazon rainforest, his incredulous stance on
science and his administration’s mistreatment of Brazil’s Indigenous communities.

Bolsonaro’s time in office came at a cost — the degradation of the Amazon. From August
2019 to July 2021, deforestation of the Amazon increased by a whopping 52 per cent
relative to the previous three-year period. During this time, clearance of the Amazon
amounted to over 34,000 square kilometres, an area larger than Belgium
Complimentary to Bolsonaro’s tyrannical rule of the Amazon were his administration’s
substantial cuts to scientific research. The Brazilian National Council for Scientific and
Technological Development, as well as the Coordination for Improvement of Higher
Education Personnel — two leading agencies supporting scientific research in Brazil — saw
budget cuts of 45 per cent under Bolsonaro.

Lula previously held tenure as president of Brazil from 2003 to 2011, during which time
Brazil flourished economically due to a rise in commodity values and exports to China.

What followed was an expansion of social programs, including the esteemed Bolsa
Família, a social welfare program that subsidized low-income families with children on the
condition that they consistently attend school.

Lula left office with an 83 per cent approval rating. However, his popularity plummeted in
2017 after accusations of corruption surfaced. Federal prosecutors accused Lula of receiving
a luxury apartment as a bribe from a construction company in exchange for oil contracts.

Lula was later convicted and imprisoned, but profusely denied the allegations and
appealed the decision, claiming that the judge’s ruling was politically charged. His claims
were not far-fetched, as the judge who sentenced Lula was appointed as Bolsonaro’s justice
minister shortly after the trial.

Lula’s claims eventually proved legitimate. In 2021, the Supreme Federal Court of Brazil
overruled the sentencing as they found that Lula’s right to a fair trial had been compromised,
and all charges against him were annulled.Regardless, the sentencing left a stain on Lula’s
political status. A poll in September 2022 found that 40 per cent of voters believed Lula’s
conviction was unjust, while 44 per cent believed he was rightfully convicted. The sentencing, accusations and lingering confusion of his innocence significantly impacted
Lula’s run in the 2022 election.

However, Lula’s defining policy proposals ahead of his victory emphasized social and
environmental policy, two pressing matters for Brazilians and international environmental
activists.

Lula plans to re-establish his admired Bolsa Família program in an attempt to mitigate
poverty within Brazil. The new version of the program proposes that low-income families
receive R$600 ($149 CAD) a month, with an additional R$150 ($35 CAD) for families with
children under age six. The program stipulates — as it did in Lula’s first two terms — that the
children attend in school in order to receive funding.

Lula has also taken a hard stance against Bolsonaro’s egregious destruction of the
Amazon. He plans to reduce deforestation immensely, renew global relationships and
propose plans for rainforest protection.

However, proposals of environmental protection and social welfare policies come with
congressional barriers. Due to the narrow election win, Brazil’s congress has a near-majority
of Bolsonaro’s allies. Their system of checks and balances could impede Lula’s policies.

Regardless, Bolsonaro’s removal is a win for environmental activists.

The world will be watching as Lula’s third and arguably most important presidential term begins
Jan. 1, 2023.