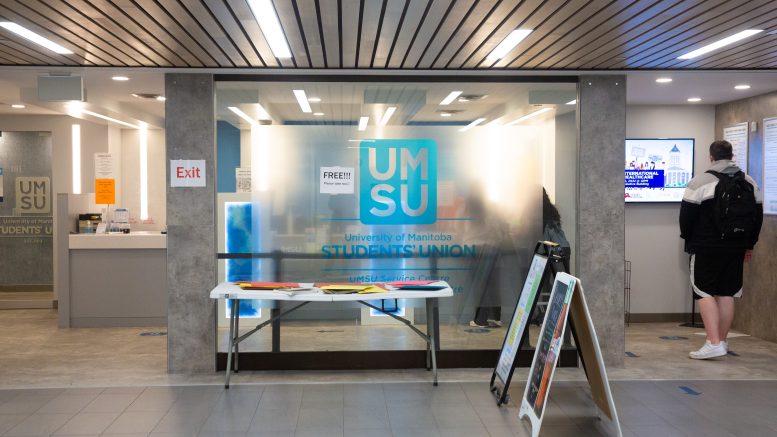 The University of Manitoba Students’ Union (UMSU) has announced the dates for a referendum regarding its membership in the Canadian Federation of Students.

On Oct. 27 and 28, students will be able to vote on whether they are in favour of UMSU continuing to be a part of the federation.

Chief returning officer Eric Johnson, a neutral contractor entrusted with overseeing the referendum, is responsible for providing information to students through social media, emails and posters, as well as making sure the referendum is conducted according to UMSU’s bylaws and governing documents. He said that UMSU will be allowed to campaign leading up to the vote.

However, Johnson explained that as an external organization, the Canadian Federation of Students is not allowed to campaign on campus, as per UMSU’s governing documents.

Even so, Johnson stated that the federation will be allowed to recruit students who may be interested in campaigning on its behalf.

Over the two day online vote, Johnson said that life on campus should look relatively normal.

There will be at least one polling station in University Centre where students who don’t have access to computers will be able to vote online. Neither UMSU nor the federation will be permitted to campaign on campus during the voting period.

With the Canadian Federation of Students suing UMSU over nearly $1 million in unpaid fees, Johnson emphasized that while the outcome of the student vote could potentially change UMSU and the federation’s future relationship, the results will not directly affect the lawsuit.

“The vote is an internal referendum for UMSU to ask its members if they want to have continued membership in the [Canadian Federation of Students],” he said.

“The lawsuit that’s happening is outside of that referendum.”

“It may or may not affect the lawsuit, but they are pretty separate. This referendum that UMSU is holding is just about asking its members if they want to stay or leave.”

UMSU president Jaron Rykiss said that he personally believes leaving the Canadian Federation of Students is in students’ best interest.

However, he said that there are no barriers for students who want to work with Canadian Federation of Students, or support remaining in the federation, as long as they have the appropriate number of signatures and students.

“We would rather that you come to us and ask for funding, and we would love to be that voice of support,” he said.

“But if they’re not following that and they don’t want to work with UMSU, then there’s not much that we can do other than continuing to show that we’re here to support.”

Some student clubs and associations are working with the Canadian Federation of Students.

When asked if the vote will affect student groups’ funding, Rykiss said that UMSU has plenty of funding that clubs could receive, but claimed that the Canadian Federation of Students has “created a wedge” between UMSU and the student clubs and associations that would rather work with the federation.

He said that because of this “wedge,” UMSU has been unable to meet with student groups about funding, specifically pointing to the Arts Student Body Council (ASBC) as an example.

“ASBC and UMSU, for the last very long time […] we’ve had a separated relationship, but only recently have we been able to sit down with them and say, ‘please tell us what’s going on in your association, tell us what we can do to support you and tell us what kind of funding you need,’” Rykiss said.

“UMSU has the resources, as every other student union across the country does, to support its clubs and associations, and we would love to continue being that support for our student clubs. We’re the one they register through, we would love to be the one that’s helping them put on their events and initiatives.”

Rykiss encouraged students to engage with the referendum, and to contact Johnson at CRO@umsu.ca if they have any questions.

“At the end of the day, the student voice is what’s most important.”

UMISA calls for UMSU president to step down