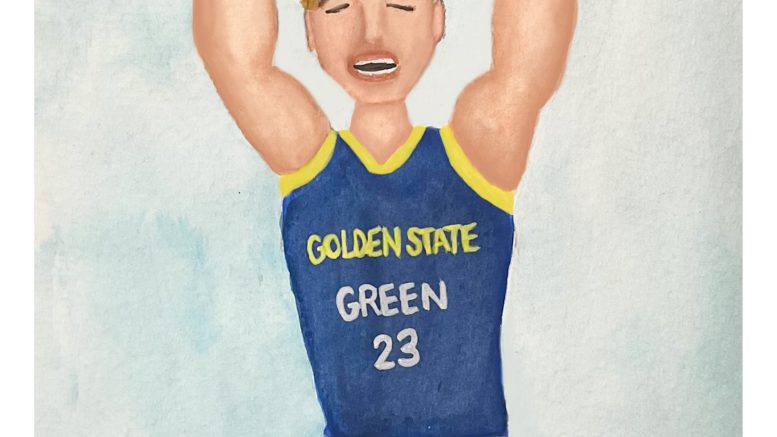 The Golden State Warriors have found themselves in a media frenzy after their starting
forward Draymond Green punched teammate Jordan Poole at practice.

Rumors of the possible altercation arose Oct. 5 after the Warrior’s practice. However, it
was not until TMZ leaked footage of the incident that media outlets began to stir with
polarizing analyses and takes.

I could not help but notice the similarities between this punch and the infamous slap that
occurred earlier this year involving Will Smith and Chris Rock at the Oscars.

Aside from the obvious, what do the Draymond Green punch and Will Smith slap have in
common? Public outrage and disappointment. Although I do not agree with the distasteful
actions in both these incidents, why are we constantly disappointed and outraged over
celebrities making mistakes?

Tabloids are covered in countless stories of celebrity slip-ups and bad decisions, all with
the intention of giving us content that will shock and entertain us.

Even so, we have all heard similar or worse stories around dining room tables, public
bathrooms, at work, over phone calls, in online forums and through simple eavesdropping.
Yet, I find that we offer more grace and understanding to the characters in these stories told
to us by family, friends, coworkers, peers and strangers than the people we read about in
magazines. Stories of a friend’s wild nights out are met with laughs and amusement, while
similar stories of stars on gossip sites are met with disgust and criticism.

This double standard is usually reinforced by the idea that public figures should know
better and act accordingly. Since they are in the limelight, they should uphold good values
and behaviour and set a good example for the rest of us. Which makes sense in an ideal
world. However, this is not an ideal world.

The bad behaviour of stars should not be that shocking when they don’t get their platforms
due to their moral merit. Just like most of us, celebrities have no qualifications whatsoever to
serve as role models for morality. When celebrities get their big break, they are burdened
with a long list of restrictions and expectations.

Nonetheless, for the exchange of fame we expect high virtues of promising candidates,
even if we do not expect the same of ourselves or the people around us.

However, what I’m failing to understand is where the correlation between fame and high
morals is coming from. Just because someone has a platform does not mean they should,
nor does it mean that they necessarily deserve it.

Unless the ramifications of their mistakes are detrimental, public outrage and
disappointment over poor behaviour is not warranted, except where said person was granted
their public status due to their ethics and morals. Public figures that have been signed to
play sports or act in movies should not be looked on as messiahs or moral compasses.

In this case, Green reportedly returned to practice on Oct. 13 and received a fine for his
behaviour, which is essentially getting away scot-free for a player with an average salary of
about $25 million.

At the end of the day, celebrities are people that make mistakes, and they will continue to make
mistakes. Green should not have punched Poole, and Smith should not have slapped Rock, but they did. All we can do now is move forward and not let their actions cause more futile uproars that hold
no real consequences for them.

Rush returns to the ring

Wrestling to be cut from Olympics in 2020: How the IOC is Americanizing the Olympic Games [OPINION]