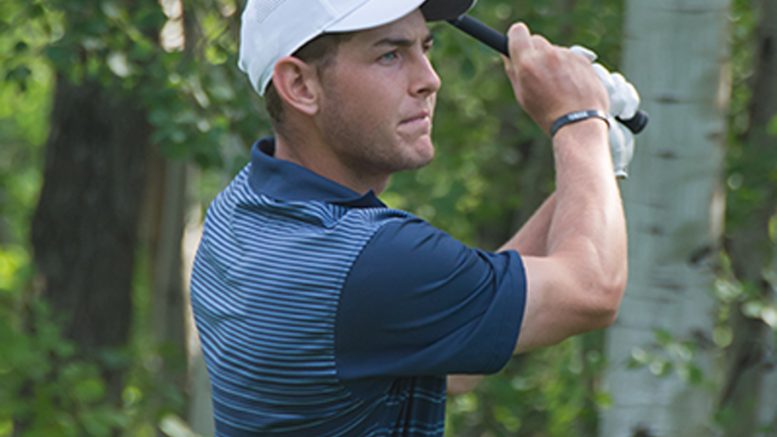 It was a season full of ups and downs for the University of Manitoba Bisons men’s golf team, with difficulties and losses but also things to look back on positively.

When asked about how this past season went, Bisons golf head coach Derrik Goodwin said “our season went okay I would say.”

“We didn’t have our best year teamwise,” he said. “We definitely had some good rounds, but weren’t really able to put together an entire tournament unfortunately.”

The season began on Sept. 3 at the Augsburg Invitational in Minneapolis, Minn. There, the Bisons finished in 10th place as a team,  shooting 50 over par.

This was not the way the team wanted to begin its season. However, there was one standout in that game. Third-year Cole Peters finished as the seventh-ranked player in that tournament shooting only five over par.

The next event for the Bisons was the St. John’s Invitational at Blackberry Ridge Golf Club in St. Cloud, Minn. This time, the team would finish tied for seventh, with an improved combined score of 37 over par.

There were two standout performances for the Bisons that tournament. Fifth-year player Stefan Lavallee tied for 10th place, shooting five over par. And Peters found himself high up on the leaderboard once again, this time in 20th place shooting seven over par.

The Twin Cities Classic was the tournament that Goodwin felt the team played its best.

“We got off to a really good start the first day, only a couple shots out of the lead sitting in second, and we just weren’t able to kind of hold it together,” he said.

In the first round of that tournament, the Bisons shot 24 over par  and were only a few strokes out of first place. However, after the full three rounds the Bisons finished in sixth place shooting 65 over par.

The Bisons went on to finish the season in the Canada West Championships, placing sixth once again and shooting a 43 over par. Not the way they intended to end their season.

Going into next season, Goodwin intends to work on the mental side of things for his players. He felt that despite the team’s experience, handling pressure was something the team ended up struggling with.

“I definitely want to work on our mental games,” he said.

“Nerves are always a good thing, that means you care. Its just allocating those resources in the right place so that we can excel under the gun.”

Tiger rises: Woods’ return to form as the top golfer