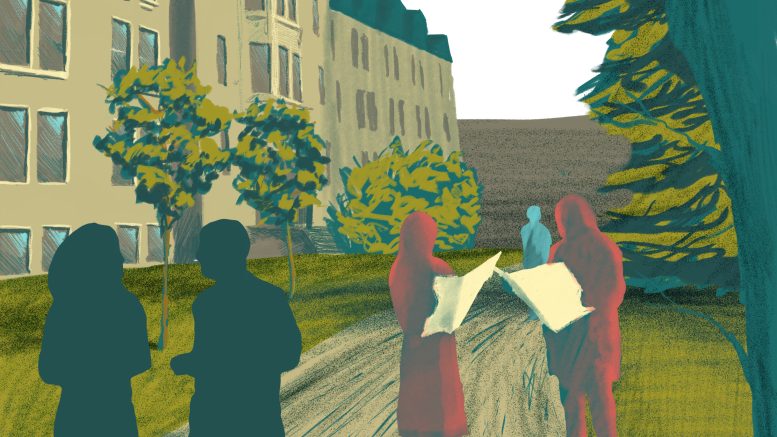 Even before I set foot on campus for the first time, way back in the fall of 2019, I knew I wanted to be a journalist.

During my first week four years ago I was walking through UC, and out of all the tables sitting in rows the one belonging to the Manitoban stood out. Manned by two editors, it had some buttons that read “support campus news” and a volunteer sheet that was slowly filling up.

It must have been a week or two later that I applied to be a news reporter, and got the job. I got the opportunity to learn, tell stories that deserved to be told and give larger voices to students who did not have them.

I was only able to spend my first semester in the newsroom on campus before almost all campus activity shifted completely online for the next two and a half years.

Coming out of a pandemic, newspapers everywhere have taken a hit.

Print journalism was in danger before then, both from declining ad revenue and a loss in readership, but during the first year of the pandemic Canada alone saw 67 media outlets close down either temporarily or permanently. 40 were permanently closed, and nearly 75 per cent of these permanent closures were community newspapers. 49 Canadian outlets, including 30 community papers, either suspended or cancelled print editions of their publications.

When local newspapers close down, their areas are often left in a news desert, with a lack of reliable information about their community and the world. Newspapers are integral to communities. They inform them, and they keep them together.

The decline in print journalism can also be attributed in part to the rise of digital information. Publicly funded news outlets without a paywall can continue to operate without readership revenue, but independent free presses that rely on other funding have been forced to close. As a result, misinformation is at an all-time high and more accessible than ever.

While so many publications have gone under, the Manitoban has remained afloat. During the campus closure from 2020 to 2022, the paper temporarily stopped printing and instead operated as a fully digital publication, maintaining a connection with U of M students, staff and faculty however possible.

The move toward digital distribution within the industry is impossible to ignore, but our content has always stayed accessible, and that is crucial. Our news is not behind a paywall online, and now that we’re back in print, it’s more accessible than ever to our main constituency, the students.

Students can pick up a paper from one of our stands almost anywhere on campus and read objective, fair and relevant news concerning their community, or opinion pieces that reflect the diversity of ideas on campus.

We get to tell your stories that major outlets don’t tell, from a perspective they don’t have. We get to feature you and what you’re interested in. Your tuition, your events and how decisions affect you.

It’s also necessary to take into account the variety of outlets that students can access. It’s becoming increasingly important to be aware of where information comes from.

The same goes for UMSU’s content. Moderated by UMSU, posts and statements are curated specifically to keep followers informed on what the union wants them to know.

While we are funded largely by a $6 levy each term from UMSU members — all undergraduate students — and have a similar arrangement with the Graduate Students’ Association, the Manitoban is a free independent publication that exists to hold those institutions accountable. This is a necessity for a healthy, informed community.

We operate for students, but we’re also run by students. Our editorial team is made up of post-secondary students, and that’s exactly how it’s supposed to be. This way we can give aspiring writers an opportunity to create and learn with room to grow — to go from, say, an 18-year-old news reporter all the way to editor-in-chief one day.

All of these ideas encompass what the Manitoban is at its core. Student journalism is legitimate journalism, and by supporting it you help it do what it’s supposed to do. We exist to represent and serve you.

Working at a newspaper in itself is a valuable, rewarding experience, but doing it in-person — in our case, at an office in the basement of Helen Glass Centre — is something else. I encourage anyone who’s thinking about getting involved to do so, whether it be through volunteering, writing letters or applying for a job, even if you don’t know what you want to do.

This week, you can find us once again in the halls of University Centre at a table with some buttons (and stickers this time) that remind you to “support campus news,” and of course, a volunteer sheet we encourage you to sign.

Pick up a paper and come say hi! It’s good to be back.