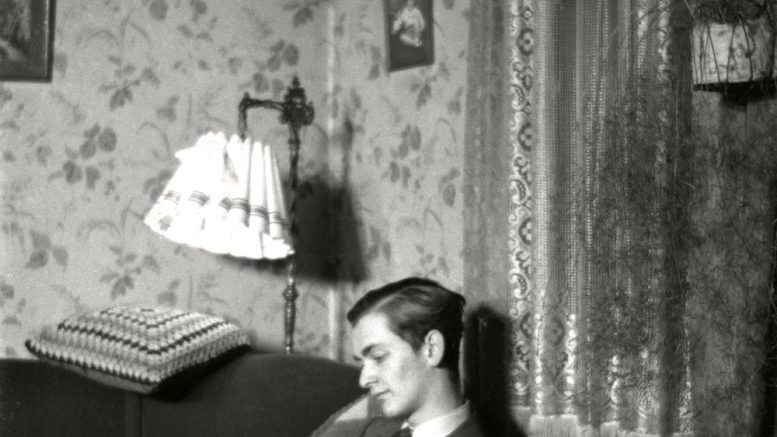 provided by the Lost Expressionist

While not a known name in the history of Manitoban art, Nick Yudell was an experimental photographer from Modern who is now getting some recognition. His story and photographs went largely unrecognized until earlier this year, when The Lost Expressionist opened at the Manitoban Museum.

Born in Winnipeg in 1916, Yudell was the youngest son of Russian Jewish immigrants. He and his father moved to Morden, Man. two years later to live with his aunt and uncle after the death of his mother.

He received his first camera in 1928 and became fascinated by photography, experimenting with double exposure, lighting and camera angles.

Yudell enlisted with the Royal Air Force and was deployed in 1942. Sadly, in 1943 he was killed in action during a mission in North Africa.

Luckily, Yudell’s photo negatives were preserved by his cousin who he lived with, Milton Rabinovitch — the father of the exhibition’s curator, Celia Rabinovitch.

The exhibition includes his box of negatives with archival records of the people in each photo, as well as when and where it was taken.

Next to the box are Yudell’s collections of Popular Photography and Minicam. These magazines demonstrate the dedication Yudell had toward his photography.

Entering the exhibition, visitors are greeted by a wall of self-portraits.

Throughout these nine years of photographs, visitors can see Yudell grow and mature both as a human being and as an artist.

In his final self-portrait he displays the persona of an artist instead of a soldier. Rather than dressing in uniform or sitting formally, Yudell is in his everyday clothes, laid back in a chair and staring at the viewer with a cigarette in hand.

Celia Rabinovitch has categorized the photos into sections that include place, play, people and invention. These photographs commemorate rural life in the 1930s, documenting where Yudell spent his time and who he spent it with.

Perhaps the most delightful images in The Lost Expressionist are exhibited in the “Play” section. These photographs capture moments of pure joy and happiness during the Great Depression.

In this section, rather than focus on the hardships of his time, Yudell chose to capture moments of pleasure in the everyday. Yudell photographed his friends dressed up, fooling around and simply enjoying each other’s company.

The exhibition acts as a time capsule of Manitoba in the 1930s. Seen through the eyes of Yudell, the collection is simultaneously personal, and yet, familiar. The photographs capture a young man’s excitement for a life that was unfairly cut short,

The Lost Expressionist is on display at the Manitoba Museum until Dec. 18, 2022.

Will cannabis make you more creative?

Of basements and barrooms