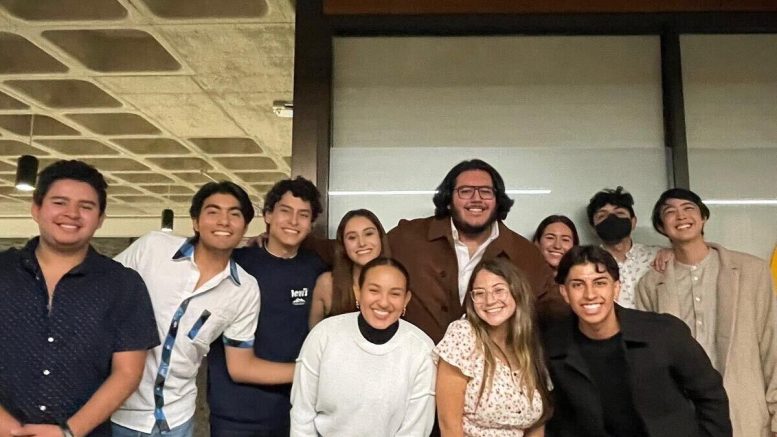 The University of Manitoba Latinx-Hispanic Student Association (UMLatinx) arrived on campus this month. The group aims to represent Hispanic students as well as students of Latinx background, including people from Central America, South America, Mexico and the Caribbean.

UMLatinx vice-president Ivan Nuñez Gamez, comment editor at the Manitoban, said that he helped found the group after learning about other cultural student organizations on campus and realizing that his own community needed one. He said that the goal of UMLatinx is to be a culturally sensitive entity that will advocate for and welcome Latinx and Hispanic students to the U of M.

“It’ll give us a voice on campus,” Nuñez Gamez said.

“We have the International Student Organization, we have faculty representatives and we have club representatives. We don’t have a Latinx voice in there.”

Nuñez Gamez said that UMLatinx’s ability to organize quickly and connect with students have been the group’s biggest accomplishments so far. However, he recognized that UMLatinx will need more new members if it hopes to have future success. Nuñez Gamez encouraged all Latinx and Hispanic students to join the group.

After a flag raising for Central American and Mexican independence on September 15, Nuñez Gamez said that UMLatinx will be celebrating Latin American Heritage Month in October. He added that UMLatinx is also in talks with U of M student groups and other external organizations about future partnerships.

Nuñez Gamez is hopeful for the future of the UMLatinx. As one of few Latinx and Hispanic student groups in Manitoba, he thinks that the group is in a position to potentially become a helpful organization for students across the province.

“I really hope it stays for a long run,” Nuñez Gamez said. “I hope someone actually is interested in leadership and actually jumps in and takes the rails of this club, because it’s very important. It’s very important for our community.”

Pablo Mejia said he joined UMLatinx to meet people and help others. He said that it is often difficult for international students to come to and feel welcome in a foreign country. He hopes that UMLatinx can help make the process easier for newcomers.

“The first few weeks it was hard, and you kind of feel really unencouraged to continue your life here, because you don’t really know anyone,” Mejia said.

“You’re new to a university, a new country and you don’t speak the language. Getting to see everyone happy and excited to help each other, it’s really cool.”

Mejia said that Latinx and Hispanic people are generally very accepting and welcoming people. He recommends that more students join the group, and explained that it is a great opportunity to meet people, take part in events and learn about different cultures.

“While getting involved you get to meet a lot of people, both international and Canadian,” Mejia said.

“Also, you get to share your experience and hear from others, helping you grow as a person and also as a part of the community.”

U of M vice-president (external) resigns