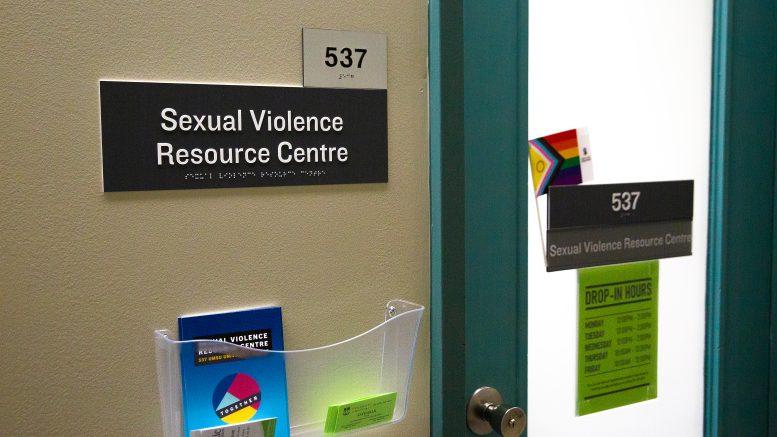 The University of Manitoba’s Sexual Violence Resource Centre (SVRC) is readjusting to the return of in-person activities after two years of remote learning.

The centre opened in January 2020, but was soon forced to shut down in-person services when the COVID-19 pandemic began that March.

SVRC co-ordinator Bre Woligroski said the centre “had to work really fast” to adjust to the rapid transition to remote services.

“We really tried to tell people that we were still available to help, and that we were taking remote appointments by phone or by video,” she said.

Although Woligroski said that the move to online was a “relatively quick switch,” the SVRC faced difficulty “getting the word out to folks” that their services were still available.

The pandemic presented the SVRC with particular challenges, such as increased intimate partner violence due to stay-at-home orders.

“Some people often would leave and go to the house of a friend or family member, but suddenly there was barriers for that because of lockdown and the rules for where you can go, so mobility was affected,” she said.

Woligroski said that economic factors like unemployment prevented people from leaving unsafe partners during the lockdowns as well, as they could not afford new living accommodations.

Additionally, supports like food banks and community centres were shut down at certain points in the pandemic.

Although she said it is “really nice to see” everyone back on campus, Woligroski expressed concern about sexual harassment that may arise at campus parties.

Sexual assault advocacy groups refer to the first few months of university — when numerous parties celebrate the return to campus occur — as the “red zone,” a period when more than half of campus sexual assaults occur.

Woligroski said that the SVRC has seen an increase in reports of in-person harassment with the return to campus.

To combat this, the SVRC started a new program called the Safer Social Event Team (SSET).

“We hired a team of students, about 15 students, to attend events on campus like the UMSU street party or the commerce social to be eyes on the ground making sure folks are safe,” Woligroski said.

SSET works at these events to de-escalate conflict, ensure that harassment is handled in a way that respects the survivor and to try to make sure that attendees have safe methods of getting home.

The SVRC also still offers the Bringing in the Bystander program, an initiative to educate students on how they can help if they become aware of incidents of sexual violence.

The centre also offers a workshop on how to respond if someone discloses that they were a victim of sexual violence.

Some survivors may also struggle with returning to in-person classes and activities with an abuser or assailant who they may have been able to avoid during remote learning.

Woligroski said that although drop-in hours had re-opened this summer, they were under-utilized.

“Even now that September’s started, the drop-in hours haven’t been that utilized,” she said.

“The vast majority of students who want to talk to us, they prefer to set up a personal appointment and to talk to us first by phone call or email.”

“They can come forward confidentially, they don’t have to tell us their name or student number, they can use a fake name, they can use a burner email,” Woligroski continued.

“We just want to get help to the students who need it, so we’re as flexible as we can be for accessibility.”

End the romanticization of mental illness