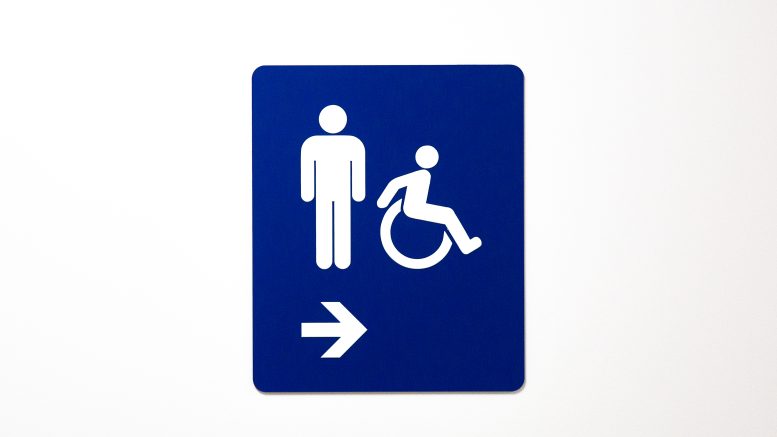 For the second time in six weeks, an unknown person has replaced the sign for a men’s washroom in the Price faculty of engineering building with a gender-inclusive sign.

The dean of the Price faculty of engineering Marcia Friesen speculated that a student may have replaced the sign to protest the delay in converting some of the building’s washrooms to gender-inclusive facilities.

“It’s been an issue for women in the faculty for decades, frankly.”

Friesen said when she became dean in January 2021, she assured students who reached out to discuss the issue that she had “already reached out to physical plant to explore those opportunities,” including converting some washrooms to gender-inclusive facilities.

“Physical plant had indicated that they could certainly see the perspective and at the same time they have a limited budget and a priority queue for renovations, and that a change of use would require a code review as well,” Friesen said.

“Although on the surface it seems like an easy fix, when you get into the details it is a bit of a longer process.”

Alex Rana, UMSU’s 2SLGBTQIA+ community representative, pointed out that the arts building has had gender-inclusive washrooms since his first year.

“I feel like they definitely should have been installing those earlier instead of waiting until now,” he said.

“They said that they’ve been working for over a year on it, but there’s been students who have needed it for more than the past year, so certainly that could have been done earlier and then this wouldn’t be an issue right now.”

Friesen sent an email to students in response to the incident, explaining the delay in providing gender-inclusive washrooms and asking the student who changed the sign to come forward to discuss their concerns.

“Changing signs without warning does not enhance safety, neither for this washroom’s ‘traditional’ users nor ‘new’ users — both of whom may not be expecting to find a new set of washroom users in the space,” Friesen’s email said.

Friesen said that when people talk about safety in gender-inclusive washrooms, they often think of “the safety of female-identifying persons who may feel threatened,” or of trans people encountering transphobic people in the washroom.

“But another safety issue is comfort for everyone involved, so that everybody going into a space shouldn’t be surprised as to what they might encounter, in any space.”

Rana said the terms used in Friesen’s email were not appropriate.

“Referring to people as ‘traditional’ versus ‘new’ is not respectful or appropriate and there’s definitely better ways that could have been said,” he said.

Numerous buildings on campus do not have any gender-inclusive washrooms.

“The lack of women’s bathrooms or gender-inclusive bathrooms has been causing students to feel unsafe for how many years before this, right? So, they’re kind of only drawing attention to the safety now that the sign for the men’s bathroom has been switched,” Rana said.

“It’s definitely an issue in engineering for sure, but the lack of [gender-inclsuive washrooms] throughout campus is also a big issue.”

Message of hope for LGBT youth