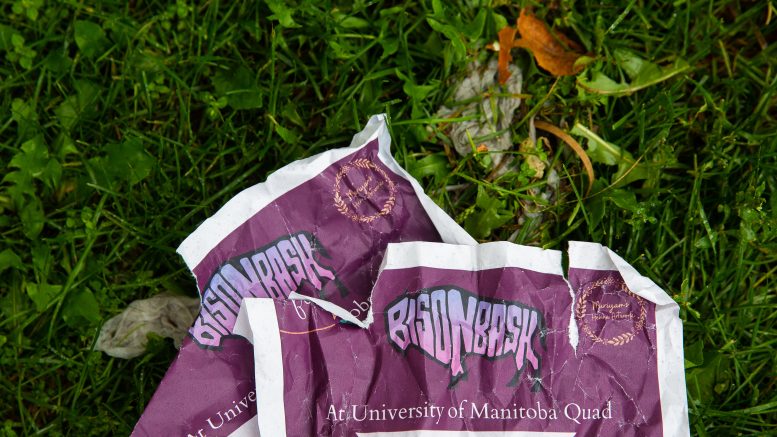 The University of Manitoba Students’ Union held Bison Bash last week. Formerly known as Frosh, the weeklong event featured karaoke, movies and a night market. However, the concert at the Burton Cummings Theatre was cancelled.

In past years, UMSU Frosh concerts have taken place at the Canada Life Centre, University Stadium and the Max Bell Centre. Past headliners have included Dillon Francis, K’naan, Ludacris, Childish Gambino and Tiësto.

The lineup for the concert was announced nine days before the event was set to take place on Sept. 17. Artists Rêve and Mauvey were slated to open for The Happy Fits, a pop-rock band from New Jersey.

On Sept. 13, four days before the Bison Bash concert was scheduled to take place at the Burton Cummings Theatre, UMSU announced its cancellation. The Happy Fits’ performance was subsequently moved to the VW Social Club as a part of the UMSU Street Party held on Sept. 16, which sold out a day after the cancellation announcement.

Behind UMSU’s decision making, UMSU vice-president community engagement Elishia Ratel said that she and the other UMSU executives began planning Bison Bash in the summer. She explained that throughout the process, hired headliners ended up pulling out, leaving UMSU scrambling for a headliner.

When asked why The Happy Fits were chosen to headline the concert, UMSU president Jaron Rykiss reiterated that several artists pulled out of the event, and added that it was UMSU’s desire not to overspend on the concert.

With time running out, The Happy Fits responded to UMSU and were booked as a last-minute headliner. Rykiss noted that the band was also cheaper for UMSU and students.

With a headliner announced nine days before the concert, Rykiss said that ticket sales remained lower than desired. He said that these low ticket sales showed that students did not want a concert, so UMSU brought the performance to the street party.

“The student voice said that they didn’t want a concert,” Rykiss said.

“Coming back after three years, it’s really hard for us to know whether or not students want something or they don’t want something, because we haven’t been here. We don’t have precedent to go off of.”

The Happy Fits have over 1.7 million monthly listeners on Spotify and just over 30 thousand YouTube subscribers. 2019’s headliners, Tyga and YG, currently combine for over 36 million Spotify monthly listeners and over 15 million subscribers on YouTube. Selling student tickets from $45 to $65, and $75 for non-students, UMSU was able to sell out tier one student tickets priced at $45 for the 2019 concert. This year’s tickets included a price range of $43.

When asked if he thought having The Happy Fits as the headliner contributed to the low ticket sales, Rykiss said that there were a number of factors that could have affected the numbers, but emphasized that students showed they were not interested in a concert.

“Our responsibility is first and foremost to the student body, so if the students are saying that they are not interested in something, then we’re not gonna force them to take it,” Rykiss said.

“That would be unfair for them, so we cut the costs, we cut the issues and we made it an event that students were actually excited for.”

Both Ratel and Rykiss said that they were happy with how Bison Bash played out. Even though weather conditions forced the cancellation of the quad games and food truck Friday as well as the need to move the outdoor movie and the night market inside, Ratel said that there was high student turnout and positive feedback for Bison Bash. She also highlighted the success of the karaoke night held at VW’s.

Ratel said that the UMSU team has “learned a lot from Bison Bash,” and is looking forward to putting on more events in the coming months.

“I think it was a smash hit, it was a really big success,” she said.

Rykiss said that he believes Bison Bash has contributed to the cultivation of a campus culture and increased the level of engagement within the student body. He also said that UMSU did everything possible to ensure that security and safety standards were met throughout the event. Rykiss shared that students and UMSU executives alike provided positive feedback throughout the week.

He invited any students who may have questions concerning Bison Bash, future events or the cancellation of the concert to speak with him directly. Rykiss stated that he cannot predict how students will feel towards UMSU post-Bison Bash, however he assured that he will continue to perform his elected role to the best of his ability.

“We took the steps to make sure that the student body wasn’t going to be forced to handle something that they didn’t want to handle, and because of that, I think that that shows that we’re listening,” he said.

“This was one of those times where it was obvious to us that students weren’t interested, so we made a call so that they wouldn’t have to take the unfortunate circum- stances and make them their own. It’s our responsibility to support them, not the other way around.”

LGBTTQ* is for LGBTTQ*, not you