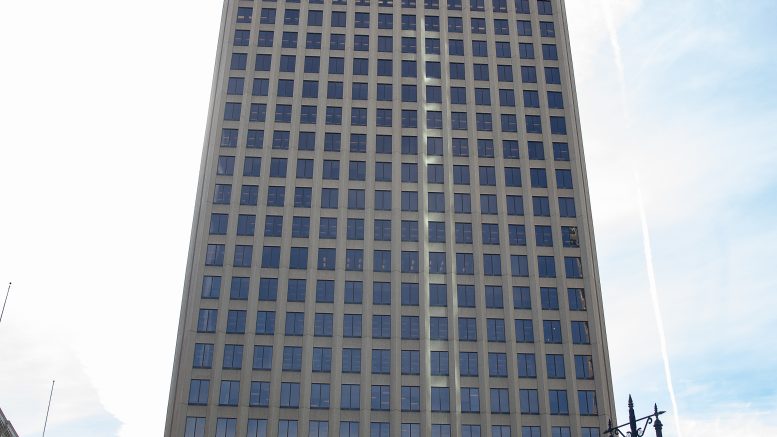 The station’s tower and transmitter sit atop the Richardson Building, and its equipment resides in one of its upper floors.

The radio silence stemmed from a restaurant fire on July 17 that damaged the building’s main electrical systems, and caused additional outages at CBC 89.3 FM and other businesses in the building.

UMFM has worked with the Richardson Building since the current station’s inception in 1997.

Station manager Jared McKetiak, who first became involved with the station in May 2001, reported that in all his time as an employee of UMFM he has never seen “a prolonged outage like this.”

Now, McKetiak said the station is “feeling pretty fortunate” that it was back up and running so soon.

He said his correspondence with representatives of the Richardson Building indicated that the supplies necessary to get UMFM back on the air needed to be flown in from out-of-province.

“It was looking like there wasn’t going to be a full restoration of power until Friday morning, but when we came into work Wednesday morning, we were suddenly back on air,” he said.

Despite the outage, McKetiak reported that “it didn’t affect the normal day-to-day.”

The station still broadcasted 24/7, with radio show hosts coming and going from the station and sending in their programs from home. The one difference was that listeners were only able to tune in via the station’s website.

Part of UMFM’s allure for McKetiak is the station’s ability to adapt, like interrupting programs in the middle of the day to “jump on and talk about things that matter.”

“The format of the station, the fact that it’s campus and community, it allows us to adapt very, very quickly, and change and do things that commercial radio stations [can’t],” he said.

He emphasized the importance of having “diversity in media here in the city.”

“I think that it’s important that people can choose to turn their dials to UMFM and they’ll hear sort of an eclectic mix of music and talk programming that they’re not going to get anywhere else.”

The sound of campus radio

Chris Hadfield speaks to UMFM about his new book