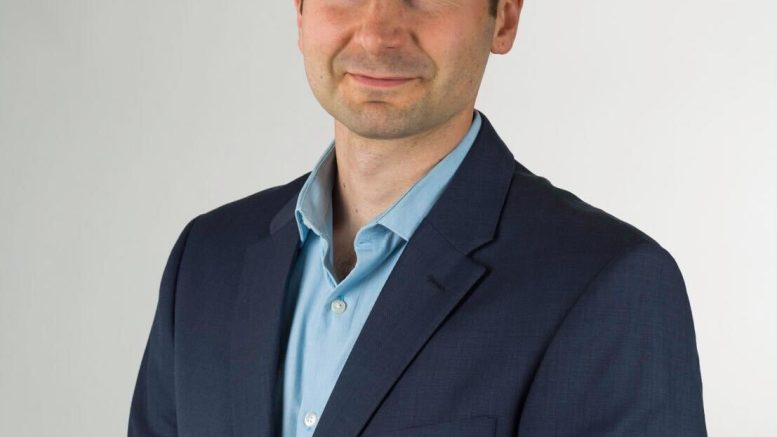 Inflation has affected all Manitobans over the past several months. Whether you have watched your rent skyrocket or experienced sticker shock at the grocery store, you may be wondering how to keep ahead of expenses while prices keep going up.

Jesse Hajer, assistant professor in the department of economics and the labour studies program, has been studying the effect of inflation on Manitobans. On Monday, Hajer released a report at an event hosted by the Canadian Centre for Policy Alternatives (CCPA). Among Hajer’s findings, he notes that Canada’s recent stark rise in inflation is not all doom and gloom for low-wage earners.

Hajer sees our current inflation as being directly linked to the change in consumer behaviours due to the pandemic. Companies closed or slowed operations during the pandemic, triggering a cascading effect further down the supply chain. Also, due to the uncertainty caused by the pandemic, producers were reluctant to ramp up operations, fearing additional waves of COVID. Meanwhile, demand exploded back up to near pre-pandemic levels. High demand during a time of lower supply has led to higher prices.

“The inflation then that we’re seeing is really tied back to this pandemic and these shocks,” Hajer said.

“One other thing I emphasized in the report is that the year-over-year inflation we’re seeing now — the five per cent for example […] that we saw in January being announced — it’s important to remember that the year before that, we had the lowest inflation we’ve seen for decades.”

“Because of the pandemic, prices actually stayed very low […] and what’s happening this year is that we’re having that bounce-back effect.”

This “bounce-back” inflation has not occurred uniformly across Canada. A recent report cited by Hajer indicated Canada’s national annual inflation rate was 5.1 per cent, compared to 5.5 per cent in Manitoba. The reason for this discrepancy is that inflation is calculated by bundling a number of goods and services. The cost of things like rent, gasoline and groceries is determined at the provincial level and then calculated against the cost of those items in previous years.

Inflation isn’t necessarily a bad thing for the economy overall. The interruption in the restaurant industry, for example, has meant that many employees have reskilled into higher paying, more stable professions. This means that for restaurants to attract employees, they must pay more per hour.

“In my mind, that’s a great thing, because those workers were really struggling,” Hajer said.

“They’re in precarious, low-pay work and we know that consequences of being in that type of poverty — that working poverty — are harmful in many, many ways.”

Hajer is optimistic that by enacting progressive policies that support workers, the province of Manitoba can spur lasting economic growth. He points to the policy recommendations made by the CCPA. The centre releases alternative budgets that tap into latent capacity within the economy by reducing barriers that prevent certain groups of people — like artists and caregivers — from reaching their fullest potential. These alternative budget items include investing in arts and culture, child care and Indigenous communities that have been historically excluded from training opportunities.

The goal is to make strategic investments that repay their capital over time, not overzealously creating debt to hand out money indiscriminately. These investments, when done right, may inflate the cost of goods and services, but salary increases will outpace this inflation.

“One way is to […] invest in people, invest in education, grow the economy,” Hajer said.

“And yeah, that’s going to create a little bit more inflation. But that’s one way to get out of that huge amount of debt.”

If a low-income earner with high debt — for example, a student — were to benefit from wages that have increased during the pandemic, their debt in proportion to their income would shrink.

In short, inflation has caused many low- and middle-class wages to increase, and despite the higher cost of goods, higher wages reduce the overall burden of personal debt.

“If you have a lot of debt, it’s in dollar terms,” Hajer said.

“It’s not indexed to inflation. And debt is a huge problem for low- and middle-class Manitobans and Canadians.

“So, there’s some upsides to inflation, too.”

Rites of gender as a roving performance