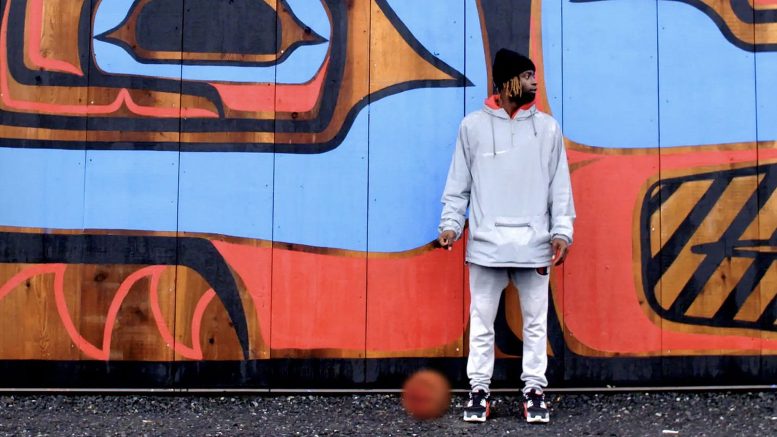 In an age of reckoning filled with “pretendians,” sometimes there is an uncomfortable account from the opposite end of the spectrum.

Haitian-Canadian director Yasmine Mathurin’s latest documentary, One of Ours, tackles internalized colonialism within Indigenous communities, particularly when it is wielded against one of their own.

One of Ours follows basketball player Josiah Wilson — a Haitian-born, Indian Status card-carrying member of the Heiltsuk Nation — who is denied entry into the All Native Basketball Tournament despite having participated in the previous two, simply because he does not have literal Indigenous blood.

The tournament organizers demand all those who play in the tournament must have an eighth Indigenous blood. However, this theory of blood quantum is colonial. There is much more than just having Indigenous DNA to being a member of an Indigenous community.

Wilson’s dad, Don Wilson, contests that even though “[Josiah] came into our family by adoption and not by birth, [it] doesn’t make him any less Heiltsuk.”

“The blood quantum rule, if you carry it to its logical conclusion, it will eliminate and erase Indigenous people down the road. That’s a colonial concept that has been imposed on Indigenous people.”

Moreover, Wilson shouldn’t even have to prove he’s registered as an Indigenous person if the Heiltsuk community says he’s Heiltsuk.

A heart-wrenching documentary, One of Ours parallels the loss and fight for community when Wilson is denied entry into the basketball tournament with that in his own family — from the divorce of his parents, to the acceptance of his father’s LGBTTQ* status, to his parents getting along to keep the family together.

The documentary quietly reveals the physical impact of betrayal as Wilson numbs himself with cannabis, growing distant and withdrawn from a community that he had been so much a part of.

While the ending of the film brings a sense of peace as Wilson is given a washing ceremony and allowed entry back into the tournament, the silent moments in between speak loudly of identity — the status of Haitian-born, the status of Heiltsuk-raised, the status of being an outsider on colonial terms despite years of community building.

Sometimes roughly cut, the film bounces between Wilson’s tournament status and own story, his parents’ relationship and his thoughts on being an adopted child. Through these moments, the documentary expands beyond its focus to questions that cannot be easily answered but are important to ask in the complicated process of determining what defines you.

For the Heiltsuk Nation, adoption is a process of expanding and strengthening the community. A loving moment that captures this value is when Wilson’s father speaks of the first time his own father held Wilson as an infant.

Over the film, we learn Wilson had a strong relationship with his grandfather. In turn, though Wilson hadn’t been officially adopted at the time, his grandfather told Wilson’s father, “I just knew that was my grandson that I was holding,” emphasizing that family is not necessarily dealt with in colonial terms of DNA and blood quantum.

In our highly divided world, this award-winning documentary shines an important light on microcosms of division within communities themselves. It also questions the process of belonging to a community and which principles are used to decide who belongs.

A highly recommended film that will have you questioning how you identify yourself and the colonial speedbumps embedded in your own concept of identity, One of Ours treads deeply into the chasms of identity politics.

One of Ours is currently streaming on CBC Gem.

The controversy over Zero Dark Thirty