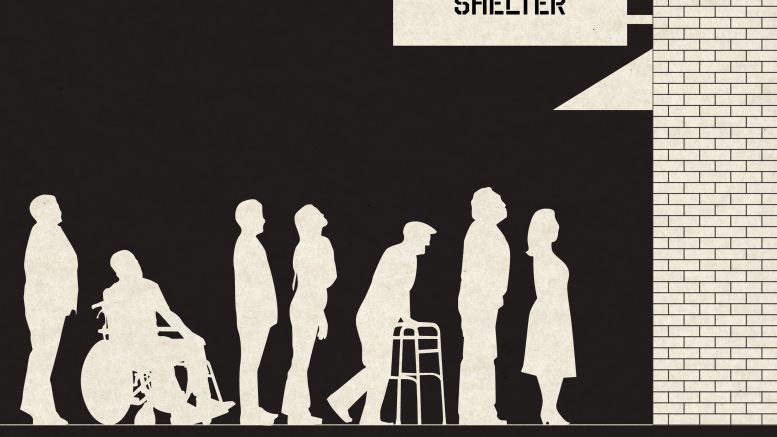 The ongoing surge of Omicron cases has some Winnipeg homeless shelters struggling to retain staff and recruit volunteers to operate their services.

Staffing shortages have been partly caused by employees testing positive or being a close contact of a confirmed COVID case and long wait times for tests, while volunteers are hesitant to visit some missions in the midst of the rapid spread of the highly infectious Omicron variant.

Peter McMullen, director of Lighthouse Mission, said the organization started last week with less staff and volunteers than needed and saw this number decline further over the course of the week.

“So [we had] seven on Monday, six on Wednesday and then five on Thursday,” he explained.

“In order to operate effectively we need […] a total of about eight [staff and volunteers] minimum.”

Lighthouse Mission has been forced to assign roles normally performed by volunteers to paid employees, further stretching their resources.

The staffing shortage, as well as increased demand for services during the pandemic, has created a “bottleneck” for accessing services, with some detox facilities facing five- to six-week waiting lists.

“What we’re doing at the Lighthouse right now is we’re fundraising to open a detox right on the facility,” said McMullen.

The organization is aiming to raise $2.5 million with the goal of opening a dozen new detox beds as soon as this year.

Testing backlogs and changes to PCR eligibility have caused confusion among shelter workers.

Previously, shelter workers could get a test and expect results within a day or two, but with PCR tests limited to a few categories of people — including the homeless — employees are left wondering whether they still qualify.

Kris Clemens, manager of communications and community relations with End Homelessness Winnipeg, said even before Omicron, the pandemic already required “a lot of strategy and adaptation” from shelters.

“We’ve been told throughout this entire pandemic to stay home, and yet we have thousands of people in our city that don’t have a permanent or safe place to call home. So, those individuals are, of course, at particular risk of contracting COVID-19,” she said.

“Many of the services [for homeless people] have traditionally been deployed in group and congregate settings, so our entire homelessness service sector is oriented to providing supports to groups of people in person and all of that is advised against for COVID prevention.”

Main Street Project’s 39 COVID isolation units have been full twice in the past few weeks, and although their capacity has not yet been overwhelmed, shelter employees worry there will not be enough space if there is an outbreak in one of their bigger shelters.

End Homelessness Winnipeg has been working to track the situation and foster communication between homeless shelters and advocacy groups about the availability of various services on any given day.

The Omicron wave coincided with bitterly cold weather, with wind chills of -40 C or lower, causing shelters to see an increase in incidents of frostbite, including one case where a man’s fingers turned black.

Homeless people have faced additional difficulties escaping the cold as the restaurants and coffee shops they would have previously taken refuge in now require proof of vaccination to enter — a tricky barrier to overcome for those without a permanent address to mail vaccination cards to.

Clemens said despite the “urgent need” to build more low-income housing units in order to resolve the housing crisis, the city has “actually lost units overall.”

“So, we’re going backwards on the creation of low-income housing units at a time when we urgently need to go forward in order to provide people with safe places to isolate if they get sick,” she said.

“Because of this housing crisis, people have few other options besides these congregate emergency shelters where, of course, the risks are much higher for getting COVID, even with robust safety measures and collaborations with health [authorities].”

Clemens said this announcement is “good news” but only a “small step.”

“The 59 units that will be created through this recently announced funding are nowhere near the 23,000 new housing units needed in Manitoba to meet the Canadian average of homes per capita,” she said.

“Canada’s available housing per capita is already far lower than any other G7 country.”

Clemens said governments need to “shift their focus” when it comes to homelessness.

“[We should move] from thinking about homelessness being addressed through emergency shelters to addressing the gaps in our housing continuum and providing enough low-income as well as low-barrier and supportive housing options, so that people have safe places to call home to isolate if they’re sick and to be safe, in this pandemic and also afterward.”