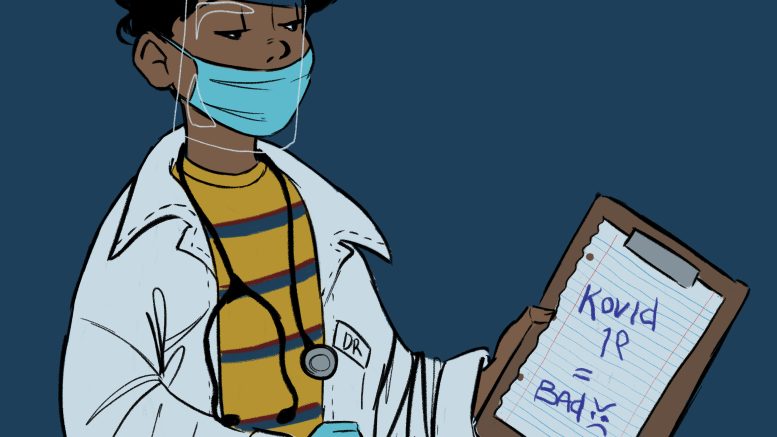 Aleeza Gerstein and Lauren Kelly, assistant professors at the University of Manitoba, are spearheading investigations into the challenges faced by early learning and child-care centres (ELCC) during the COVID-19 pandemic. Frustrated at the lack of provincial government leadership in supporting ELCC workers, they created a survey that aimed to capture the needs of ELCC workers in Manitoba.

Both Gerstein and Kelly have two young children in child care, with Kelly sitting on the board of directors for her children’s daycare. This gave them firsthand experience with the challenges facing the ELCC system today. Seeing COVID-19 case numbers rapidly rise in December 2021 and realizing that the government was not tracing cases in the ELCC system, they joined forces to gather data through an online survey.

The survey was distributed by email and widely shared over social media in the first two weeks of January 2022. In the first 72 hours Gerstein and Kelly received over 330 responses, largely from workers and directors of ELCC programs. In total, responses represented over 4,000 staff that provide care for over 18,000 children.

The survey asked about the number of positive and isolating COVID-19 cases among staff and children at ELCC centres that were confirmed by either rapid tests or PCR tests. They collected data from two different timeframes: one prior to the Omicron variant’s dominance in Manitoba, ending on on Dec. 15, and one after Dec. 15.

The survey also asked qualitative questions about the amount of government support received and additional resources staff would like to receive from the government. The most common requests were for better PPE, including N95 masks, increased access to rapid testing regardless of vaccine status and funds to cover increased cleaning measures and to improve ventilation.

In analyzing the data, the researchers found that of the large centres with 14 or more staff, 82 per cent have either had a staff member who has tested positive for COVID-19, or someone who is in isolation because of a close contact who tested positive. Seventy-five per cent of all respondents reported instances where children were sent to centres while presenting COVID-19 symptoms. These findings demonstrate how critical the staffing crisis has become in child care.

Unlike teachers in schools, there are no pools of substitute workers to draw from. A single staff member choosing to take a sick day can affect the capacity of the centre. Directors have become accustomed to making calls to parents in the early hours of the morning to inform them that they cannot provide care for their child that day, leaving parents to scramble to make alternative arrangements at the last second.

“This is an impossible situation for everyone involved,” said Gerstein.

Centres have largely been left to their own devices when faced with infections among staff. ELCCs are forced to make decisions about whether to remain open or closed, when to alert parents and whether to accept only the children of essential workers. Due to the lack of standardized guidance, policies vary at every site. Clearer government communication would go a long way to easing anxiety both for parents and for workers.

Parents are struggling to make these decisions in the dark, without any relevant data provided by the government. By providing this data, the researchers hope to put some power into the hands of parents when making the decision whether to put their children in care.

“From a parent’s perspective, every day we are weighing the risks of sending [our children] to child care, versus the mental health and productivity risks of keeping them at home,” said Kelly.

Daycares were among the first institutions to reopen after the mass closures in the spring of 2020. These re-openings were out of necessity, as frontline workers require care for their children. Since then, daycares have remained open, unlike schools, which have had periods of online learning. ELCC workers are being asked to take the same risks as teachers but have been offered far fewer protections and supports.

Children in ELCCs are currently the most vulnerable demographic to infection, as they are unvaccinated and cannot social distance or wear masks. The workers that care for children are also made vulnerable to COVID-19 exposure. In addition, ELCC workers earn lower wages compared to other front-line workers. The lack of economic supports from the government and the increased pressure on workers from disappointed parents are creating an anxious and stressed workforce.

“Why are we not protecting the people who are protecting our children?” asked Kelly.

These problems are not new, but are long-standing and have been exacerbated during the pandemic.

These problems won’t be solved overnight. Child care is an issue that affects every sector. The issues of unjust wages for essential jobs and undervalued labour require concerted action.

“We all need to start raising our voices and demand that the systems do what we need them to do.”