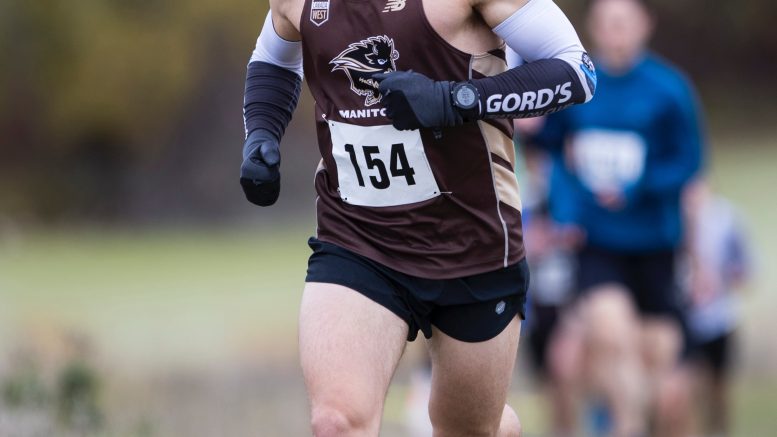 The University of Manitoba Bisons travelled to Alberta this past weekend as the track and field team participated in the Golden Bear Open, with both the men’s and women’s teams making the trip out west. The female roster finished fifth in the weekend rankings while the men’s team impressed and tied for second, a competitive showing by both teams.

This put the Bisons at a combined team score of 146, which placed it in fourth overall.

Taking a look at the female division, the team was highlighted by Anna McConnell.

McConnell placed at a tie for 15th overall in the standings, excelling in the only event that she participated in.

On the men’s side of things, the squad was represented extremely well. Leading the way was the incredibly athletic Daxx Turner, who finished tied for second overall after finishing high in his two events.

He placed not only second in the high jump, but an impressive first in the triple jump.

Coming in sixth place overall was the second-year athlete out of Medicine Hat, Alta. Joshua Suelzle, finishing very high in both of his events just like his fellow Bison athletes.

A second-place 7.26-kilogram shot put and a third-place 15.88-kilogram weight throw set Suelzle up for a nice weekend. This strong Bison will look to continue that success in future events.

Track and field head coach Claude Berube was impressed with his team’s performance in the meet.

“I am very proud of the group that we put out there. I was extremely impressed with the focus and dedication that was put in to practice before the event.”

The Bisons have five more events throughout the year before hosting the Canada West championship in late February.

“We are very excited to host the Canada West championship,” Berube said.

“Overall, I think we just need to put in the work in practice. We have a great team who has the ability to perform.”

The schools hope to be able to participate despite the fact the COVID-19 is still a factor in Manitoba and all of Canada.

The 2020 track and field championships were cancelled due to COVID-19, so the teams were not able to compete.

The Bisons travel next weekend to Grand Forks, N.D. for the UND Open.