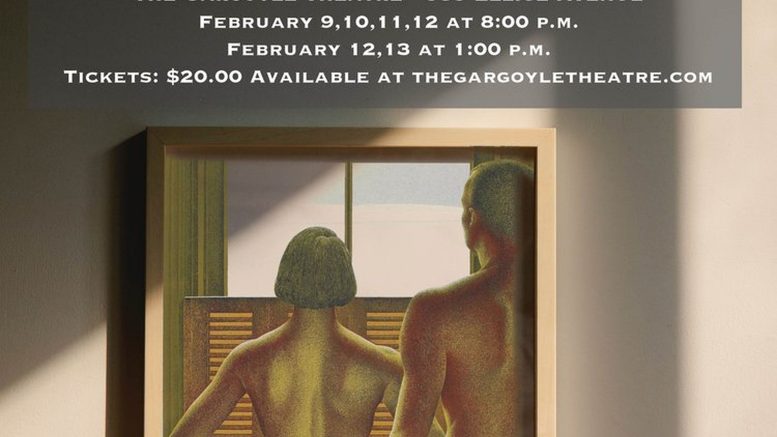 On the corner of Ellice Avenue and Sherbrook Street stands a building with a long history in entertainment, from which a new theatre company called the Gargoyle Theatre is emerging. Its inaugural play, Sonja and Richard, written by Steven Ratzlaff and directed by Bill Kerr, will be presented next month.

The Gargoyle Theatre represents a new type of stage for Winnipeg’s theatre community. Owner Andrew Davidson’s vision for the workshop theatre is one that is driven by community and breaks down the barriers between audience members and artists.

Davidson has spent much of his life writing and found success as a novelist but dove wholeheartedly into the realm of theatre after spending three years working collaboratively on a musical.

“It was the idea of working with other people after decades of sitting alone in my room writing that invigorated me to take a new step in my life,” Davidson said.

“For me, the idea of taking on this new challenge at this point in my life, working with other people and being able to hopefully offer some support so that they can work on their own artistic careers is really exciting to me.”

The Gargoyle Theatre’s name stems from one of Davidson’s own novels, titled The Gargoyle.

“Not only am I taking it from the book for which I’m known [but] I really like it as a metaphor,” Davidson said.

“What I really like about it is that gargoyles, as a mythological creature and idea, they’re beings in transition, they’re never quite one thing […] and because I really want [the] space to be a place in which new works are born.

“I really want it to be a place in which the audience and the artist come together, there’s a transformation of the work and a mixing of the elements that I think are well reflected in the name of the theatre itself.”

Director Bill Kerr, an associate professor at the University of Manitoba, explained Sonja and Richard was inspired by two of Ratzlaff’s earlier works, in which the playwright had imagined the characters of one transforming into the characters of the second.

Sonja and Richard follows two individuals as they attempt to navigate their increasingly complex relationship in the ever-evolving social contexts around them, speaking to themes of identity, politics and freedom, both private and public.

The first act focuses on Sonja and Richard’s 33rd wedding anniversary as they reflect on the past and look toward the future. In contrast, the play’s second act takes their personal relationship into a public and professional setting as staff members at a school, exploring how they navigate their relationship and differing opinions as circumstances change.

Featuring Marina Stephenson Kerr and Ratzlaff himself, this is not the first time that Sonja and Richard’s small production team has worked together, which Kerr said has been a benefit to the play’s production. In fact, the group has a working relationship spanning 20 years.

“I really enjoy working on [Ratzlaff’s] work […] it’s always good theatre, but it’s always engaging something that’s happening in the social milieu that both we ought to talk about and it feels dangerous to talk about. Things being risky to talk about is no excuse to not engage in it […] and that’s why I think his work is so rewarding.”

Kerr said the play’s takeaway message is open-ended and invites audience members to involve themselves in discussions of the topics brought up in the play.

“The personal and the political and sort of the echoes that there are, I think, very interestingly, dealt with in the play and it’s meant to provoke, I think […] the play certainly doesn’t have the answer.”

Kerr also praised the experience of working in the Gargoyle Theatre.

“One of the nice things is [it’s] a big old movie theatre, so it’s a big physical space. And […] most of the time, there’s just the three of us.”

He also emphasized the Gargoyle Theatre’s importance for Winnipeg’s theatre community, saying “it allows places for different voices to come together and take risks.”

Overall, Kerr is optimistic about the performance and glad to be returning to live theatre.

“It just felt great to be working with really good actors and people you get along with, it’s just been such a pleasure.”

Sonja and Richard will be presented at the Gargoyle Theatre from Feb. 9 to 13. For more information, please visit thegargoyletheatre.com.

Leading phenomenologist and social critic visits U of M