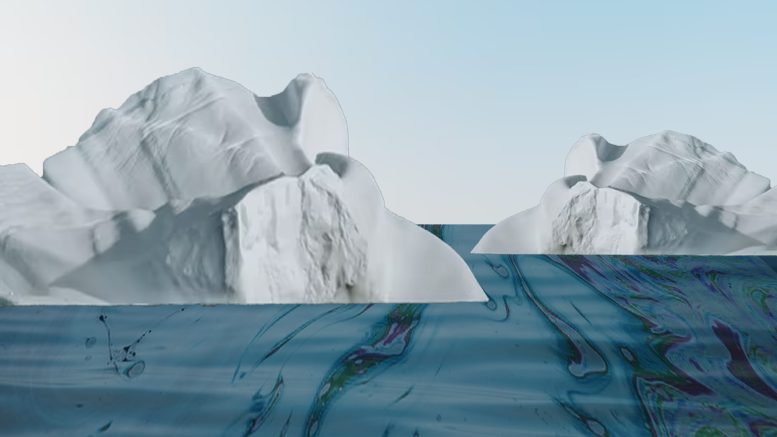 The new Churchill Marine Observatory (CMO) began operations last week, with the first research project underway after over 10 years of development. The CMO is led by a team of University of Manitoba researchers including scientific director David Barber, board of directors chair Gary Stern and chief scientists Feiyue Wang and C.J. Mundy.

The CMO is located in the town of Churchill, Man., adjacent to the coast of Hudson Bay and the Churchill River estuary. The first marine research hub of its kind in the world, CMO’s unique situation provides researchers the opportunity to study various influences on marine environments.

“The whole facility is meant for preparing the communities and the country [for] a changing Arctic,” said Wang.

There are two major components of the CMO, the first being the Ocean-Sea Ice Mesocosm (OSIM) Facility. Housed there are two mesocosms, which are large pool-sized tanks used for experimentation. These pools can draw up both marine and fresh water from the surrounding environment and allow researchers to control for atmospheric and natural variables, including snow cover and ice formation.

“[The mesocosm] provides you another dimension to field-oriented research,” said Wang, the chief scientist for the OSIM facility.

The second component is the Environmental Observing (EO) System, which partly consists of a series of moorings that start in the Churchill River estuary and continue across shipping lanes out into the Atlantic Ocean. Moorings are weighted lines to which various sensors can be attached, allowing them to float beneath the surface of the water and collect data all year long.

The EO System also consists of a coastal research vessel — the first vessel the University of Manitoba has ever owned, in partnership with the Arctic Research Foundation. Mundy, EO chief scientist, is using the vessel and moorings to understand the Arctic marine ecosystem.

Mundy’s interests are the primary producers, like algae, found in the sea and ice that influence the entire food chain from the bottom up. He hopes to establish baseline data before the ecosystem becomes drastically different due to climate change and receding sea ice. However, those are not the only expected changes in the Arctic.

“[A]s we warm up our planet, we’re losing a lot of the sea ice [that] used to historically be a barrier to marine shipping in the Arctic,” said Barber.

In the past 10 to 20 years, there has been an increase in marine transport activity in arctic seas. Traffic from transnational and regional shipping isexpected to continue to increase in the Arctic.

“As we have more ice-free days and we open up for more exploration, more transportation, it’s great maybe economically in some sense […] on the other hand, we have to be careful,” said Stern.

Much of the research at the CMO is preoccupied with how to address oil spills when they inevitably do happen. New technologies need to be developed to detect spills under the sea ice as well as methods of cleaning spills. Many oil cleanup strategies used in the south, such as mechanical oil recovery, are not feasible in the Arctic due to ice and the remoteness of coastal ports.

“The challenge with oil spills is you have to react very fast,” said Wang. This is because the longer you wait, the more the oil disperses into the environment and becomes increasingly difficult to recover. Wang will conduct experiments in January in the OSIM facility to test burning the oil as a method of action.

Others are looking for alternatives to oil recovery strategies. Stern is leading a research project called GENICE II, which is examining the potential of naturally occurring bacteria to clean up oil spills. Bacteria could be seen as first responders to a spill, degrading hydrocarbons in the oil and effectively removing it from the environment. This possibility has not been tested in the Arctic.

Hydrocarbon-degrading bacteria exist in small populations in the sea ice and water but rapidly reproduce when a food source becomes available. These bacteria can be identified using genome sequencing. Researchers will examine what conditions are necessary for oil degradation to occur. Experiments for the GENICE project will be starting February for eight weeks in the mesocosm system.

The Arctic ecosystem is especially vulnerable to oil spills due to the simplicity of Arctic food chains. Each level of the food chain only has a few dominant species, so compromising even one species can have cascading effects on the whole system. This is a cause for concern for Inuit and Indigenous populations that rely on these animals as part of their traditional diet.

Each researcher stressed the importance of open dialogues with various communities and groups, both in the town of Churchill and in Winnipeg. Building the CMO alone has taken more than a decade of continuous engagement between the town of Churchill, the University of Manitoba team and other organizations.

“Letting the questions be driven by the communities themselves, talking with them and then trying to answer these questions with our capacity to do science.”

The changes facing the Arctic are already underway, with further changes inevitable. The potential downstream effects of sea ice loss, increased shipping traffic and further resource development are of great concern to both the local Arctic communities and to the nation at large.

“We have a gateway to the Arctic that we should take advantage [of]. If anything, that gateway will become more important and much busier.”

It is vital to research these changes in order to ease the transition into a new phase of Arctic life.

Living off the grid

Talking about the Green