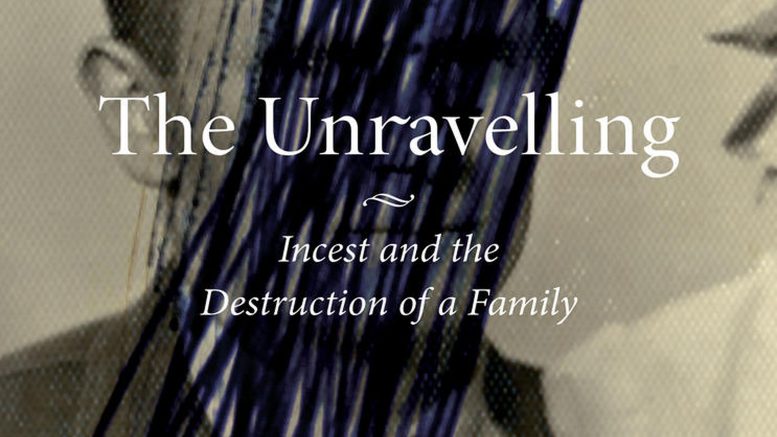 As the COVID-19 pandemic continues to accentuate inequalities in the so-called “developed” world, women’s stories have taken the spotlight. From the inequalities of the workplace to those of household labour and parenting, these stories bring to light the lack of employer and governmental assistance in these matters.

One of the more horrific statistics of these stories is the increase in domestic violence during the pandemic, reminding the world that abusers are almost always known by or related to the abused.

In the wake of this spotlight, Donna Besel’s latest book is scheduled for a serendipitous release on Nov. 6.

The award-winning Manitoban author and U of M alumna’s memoir, The Unravelling: Incest and theDestruction of a Family, tells the true story of the emotional, financial, legal and psychological challenges she faced after her father’s childhood sexual abuse of her and her sisters was disclosed and he was subsequently charged for the crimes.

Besel is grateful her story is finally being told after years in the making.

“I started sending the manuscript out probably 20 years ago,” Besel said. “I sent it out quite a lot after I first wrote it and I got rejected a lot. I decided,‘it must be the writing.’”

But after winning second place in Prairie Fire magazine’s 2002creative non-fiction competition for her short story “Dead Skunk,” Besel started to wonder if maybe it was the memoir’s topic, not the writing, that held it back.

As the years rolled on and she racked up more prizes, Besel realized the issue was probably that publishers were uncomfortable with the subject of her memoir.

“It wasn’t the writing.”

In fact, the self-described “Boreal writer” now believes all the additional years of revising and editing the manuscript may have actually been a good thing.

Armed with a grant from the Canada Council for the Arts to work on the piece in 2016, Besel had her hopes raised a couple of years later when an editor at HarperCollins showed interest in her memoir.

“That was encouraging,” Besel said, “but he declined in the end.”

“I like to use the word ‘unpalatable’ as the reason they may not have liked it. It might have just scared them a little to go there.”

In the end, the University of ReginaPress gave the green light to the project. The author had heard the publisher was interested in taking on challenging subjects.

“Which was great, because this is not an academic book,” Besel said.

“They did see it as something that could be used in university courses. So, they did say to me ‘What programs or faculties do you think this book could be used [in]?’”

Besel listed everything from law, medicine, education, psychology and sociology to women’s studies and criminology, just to start. She also knows counsellors want to use the book to talk about abuse.

“Because nobody has written a book that talks about what happens after the person is charged,” Besel said.

“It’s a whole different level of betrayal when it’s in a family.”

Besel has also been contacted about the book by people who work in prisons, as a high percentage of the incarcerated have experienced sexual abuse. And of course, teachers may find the book useful for understanding the subject, as they can report abuse if it’s disclosed to them.

With a memoir about such a heavy subject comes a great level of bravery and responsibility. In fact, when first workshopping the book, fellow Canadian author Denise Chong insisted Besel use real names.

“I had written it with made-up names, because it was somehow more comfortable,” Besel said.

“[Chong] kept saying ‘People need to know that you did not make this up.’”

While the grand launch of the memoir isNov. 18 at McNally Robinson, the first launch will be held on Nov. 7 in the ski chalet at Falcon Trails Resort. Besel intentionally located the launch in the community where she grew up.

“A lot of women out there were abused or attacked by my father,” Besel said.

She added that it is an opportunity for the “women that are still alive” in the community — who are very much a part ofthis story of abuse — to be part of this moment.

In fact, Besel didn’t at first realize how sharing her story would open the flood gates for others to voice their own experiences. But after sharing the announcement of her book to a U.S. Facebook group whose membership included women writers, “over 2,300 people made comments, or liked or shared” the post.

“It was a little freaky for about a day and a half,” Besel said.

“The responses were three categories.They were: ‘Thank you,’ and then one was, ‘I want to read this book,’ or, ‘I wanted to write this book,’ and then the other ones were, ‘It happened to me.’”

As a result, over 100 of the almost 300pre-ordered copies of Besel’s memoir are from the U.S. alone.

“So, it probably was good that I didn’t get published earlier because I might have gotten attacked and vilified,” Besel said.

“Now it’s a little bit more palatable because people have been talking about it more.”

TheUnravelling: Incest and the Destruction of a Family will be available from major retailers Nov. 6.