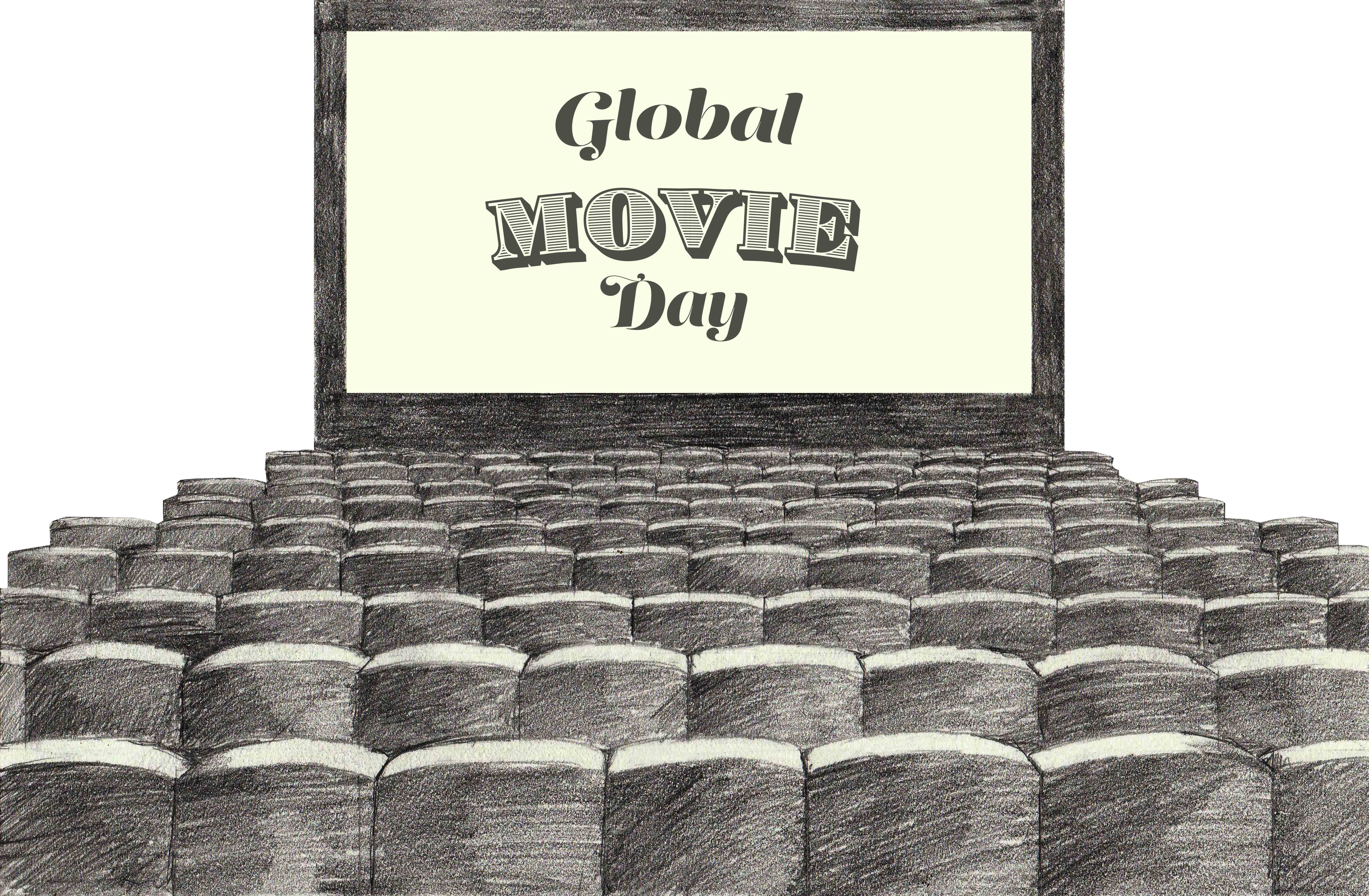 It is around this time every year that the Academy of Motion Picture Arts and Sciences honours some of the best filmmaking, acting and technical work at its Academy Awards ceremony, colloquially known as the Oscars. Though this year’s awards have been postponed until April due to the coronavirus pandemic, the second annual Global Movie Day — held on the second Saturday of February — is still on. The staff at the Manitoban recommended some of the films we have been enjoying to celebrate the power of movies and the comfort they continue to bring to us during these unprecedented times. Celebrate this year’s Global Movie Day by re-watching a favourite film with your friends and family, discovering something new to view or sharing the most iconic quotes and movie posters on social media using the hashtag #GlobalMovieDay.

If you watched 2016’s Trolls and felt it could have used an injection of Swedish art-house drama, then 2018’s Border is the scratch to your hyper-specific and ultimately misguided itch. This strikingly acted and surprisingly grounded movie shares almost nothing with the cotton candy explosion of the Trolls franchise — directed by Ali Abbasi and starring a prosthetics-altered Eva Melander, Border is an unsettling, beautiful and incredibly moving portrait of self-discovery.

A fantasy-noir about a shame-sniffing troll sounds like a potential disaster, but Abbasi balances the absurdity with a socially conscious hyper-realism that makes for a tonally consistent, thought-provoking and seriously touching drama. The film’s visual world is rich and real, contrasting the limp greys and beiges of Tina’s ferry customs job with the vibrant greenery that surrounds her home. Crucially, it never slips into obviousness or grandiosity, instead finding beauty in the ugly minutiae of the natural world and its unconventional protagonist.

Eva Melander’s subtle, heartbreaking work as Tina anchors the film, finding a graceful nobility beneath layers of seamless prosthetics. It is the kind of performance — and story — that transcends any potential silliness. Though it dips into some dark and uncomfortable waters, a thread of hope and discovery runs through Border, making for a movie that is hard to shake after first watch.

Kicking and Screaming, directed by Noah Baumbach, is a movie I revisited recently and would highly recommend to anyone who is about to graduate, enjoys mumbly films that focus on the relationships between characters and their development and doesn’t mind flashback scenes that are not clearly delineated from the main timeline.

The film follows a group of friends coming to terms with having completed their bachelor’s degrees, touching on archetypes like the heartbroken writer who takes himself too seriously, the perpetual student and the student so terrified of moving on that, instead of going to graduate school, abruptly leaves the airport last minute and decides to hang out with the boys.

Overall, the film is charming with memorable dialogue and performances from lesser known actors that hits painfully close to home despite its flaws.

Dead in a Week or Your Money Back is a delightfully dark movie starring Tom Wilkinson and Aneurin Barnard that I discovered during a particularly late night of scrolling through Netflix.

I enjoy movies that employ morbid humour and are so bad they’re good, so I gave the film a shot based on the comedic promise of its title and it did not disappoint. I would watch it again in a heartbeat.

The story begins with William, a young writer who cannot seem to find success in his craft. For this reason, he sets out on a mission to end his own life, but is frustrated to find he cannot succeed in this respect either.

After multiple attempts, he decides to hire an assassin to complete the job for him, but the man assigned to his case, Leslie, is not terribly proficient in the art of murder.

Remarkably, immediately after hiring Leslie, developments in William’s life make him change his mind about taking his life. Now, he must evade his own assassin to pursue the life he was ready to give up on.

Filled with great acting as well as twists and turns, Dead in a Week or Your Money Back provides a unique take on self-preservation and the meaning of life with plenty of laughs along the way — it is a must-see for those who enjoy quirky, dark humour.

Film adaptations of video games don’t have the best reputation, no thanks to disappointments like the Assassin’s Creed, Prince of Persia and Silent Hill movies. However, there are some that have earned the distinction of being wonderfully nostalgic and, generally, pretty okay — Detective Pikachu, I choose you.

Final Fantasy VII: Advent Children, the movie sequel to the seventh entry in the long-running Final Fantasy series, falls into the latter category.

After saving the world two years prior, Cloud’s attempts at living a normal life are, predictably, disrupted when three mysterious men appear, seeking to bring his archenemy back from the dead.

The entire film is computer generated and the animators paid meticulous attention to detail — you can actually count each individual hair on Cloud’s head. The textures of the characters’ eyes are especially stunning and, though the animation doesn’t hold a candle to the graphics of the recent remake of the original game, at the time, it was impressive.

Less impressive is the film’s paper-thin plot. It basically serves as a bridge between the action sequences, but those scenes are incredibly entertaining and defy the laws of physics, if only to satisfy the rule of cool.

As far as cute, troubled, silver-haired bad guys go, Kadaj is a great villain and Showtaro Morikubo’s impeccable voice work makes him sound suitably unhinged, a far cry from the more down-to-earth characters he has played in recent years.

The soundtrack contains a combination of new songs and remixes of old favourites from the original game, including a metal version of “One-Winged Angel” — the song was already haunting, but now, it’s certifiably badass.

Though the film caters to a very niche market, it does deliver if you enjoy high-octane fight scenes and stylish animation.

Just do yourself a favour and watch it in Japanese.

Perfectionism is a dangerous cycle

When the answer to ‘how’s it going’ is ‘fine’