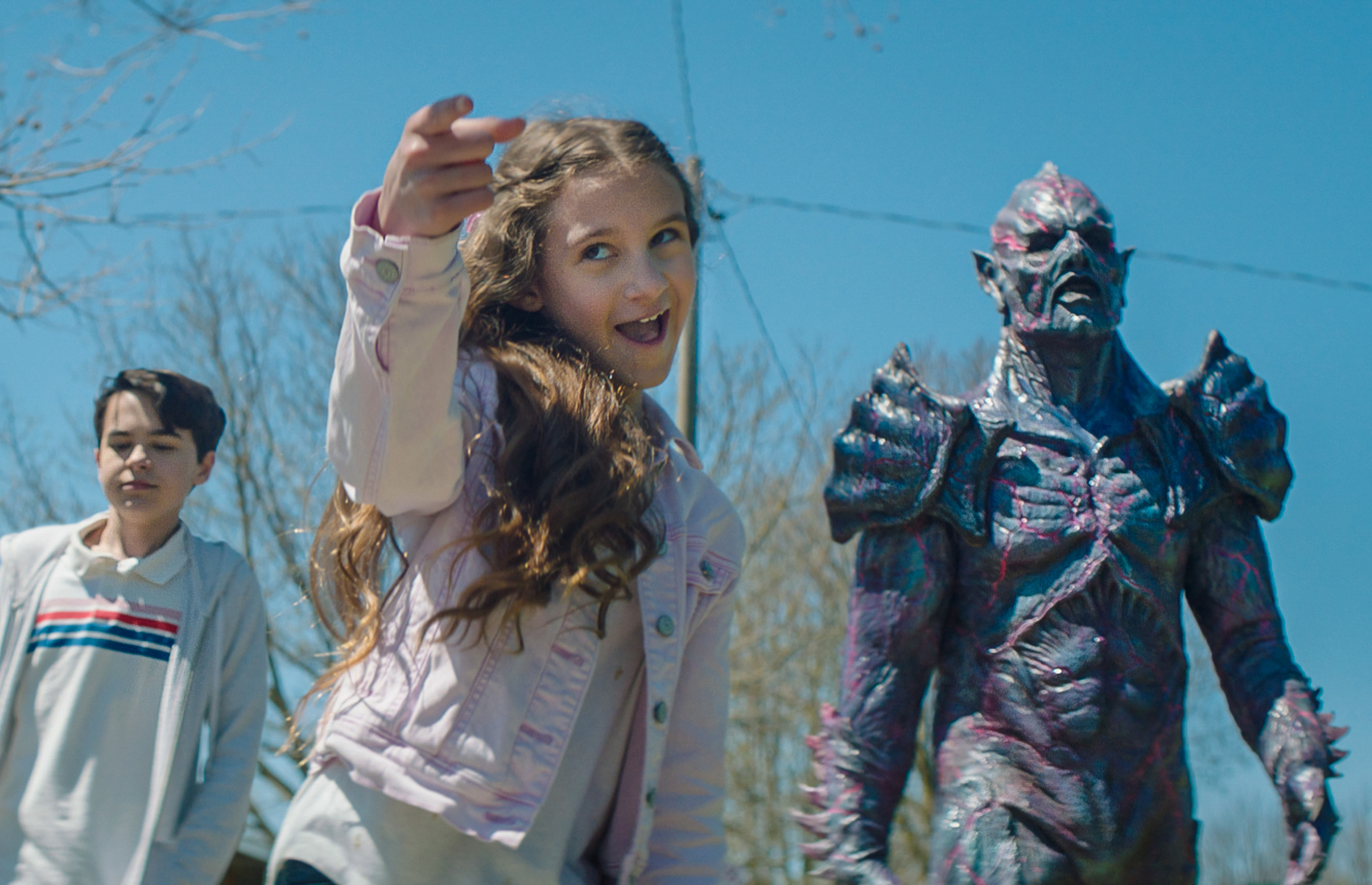 Psycho Goreman is everything you would expect it to be based on its title — shocking, gory, horrific — and yet it’s so much more than your run-of-the-mill horror flick, delivering elements of sci-fi, comedy and family drama.

Written and directed by Steven Kostanski, Psycho Goreman is not defined by the horror genre’s overused tropes and shallow character archetypes, as its lack of one distinct genre allows for more expansive world-building and character development. However, this fact alone is not what makes Psycho Goreman great — the level of intelligence and apt sense of timing with which Kostanski navigated the lines between these vastly different genres makes Psycho Goreman feel so self-aware.

Psycho Goreman follows siblings Luke, played by Owen Myre, and Mimi, played by Nita-Josee Hanna, who accidentally resurrect an evil force from outer space in their backyard. Despite this creature’s desire to destroy the world as we know it, Mimi and Luke gain control of him, leaving this powerful entity at their mercy. When the news of this awakening reaches the rest of the galaxy, events unfold that leave the fate of the universe in the balance.

Despite the violence and gore peppered throughout Psycho Goreman, there’s ultimately a strange charm about the movie, which has much to do with its setting — a fictional Manitoban town called Spengler Springs.

Due to this unique setting, Psycho Goreman gives off a sense of realism not seen in many films — it contained the landscapes and experiences of what many Canadian kids know well. From seeing Psycho Goreman’s young characters playing in the mud to the forest scenes that look like they were shot at Birds Hill Provincial Park, it was refreshing to see a film embrace the Canadian landscape, setting it apart from many other movies that choose to set their narratives in generic American towns.

Another highlight of Psycho Goreman is its soundtrack, which makes one recall films of the late ’80s and ’90s that Kostanski was inspired by while writing Psycho Goreman, increasing the immersive effect. Its rock and roll tracks, in particular, honed the story’s powerful and chaotic energy to a fine point, adding dimension to the film in a way that made it feel as if the score and visuals could never have been separate entities in the first place.

Above all, though, what makes Psycho Goreman such a stand-out movie is that at no point could I predict what would happen next. Once again, this is where that careful thought put into Psycho Goreman from start to finish is most clear and where Kostanski’s dedication to filmmaking is most evident.

Just when I thought I had Psycho Goreman figured out, something would come out of left field to completely upend my expectations of what was yet to come — characters found ways to surprise me, its action scenes were glorious spectacles to break up the simplicity of small-town suburbia and punchlines landed at just the right moments in order to remain fun and light-hearted without overshadowing the film’s more serious aspects.

You can catch Psycho Goreman via iTunes, Video on Demand or rent it through Winnipeg’s own Cinematheque.