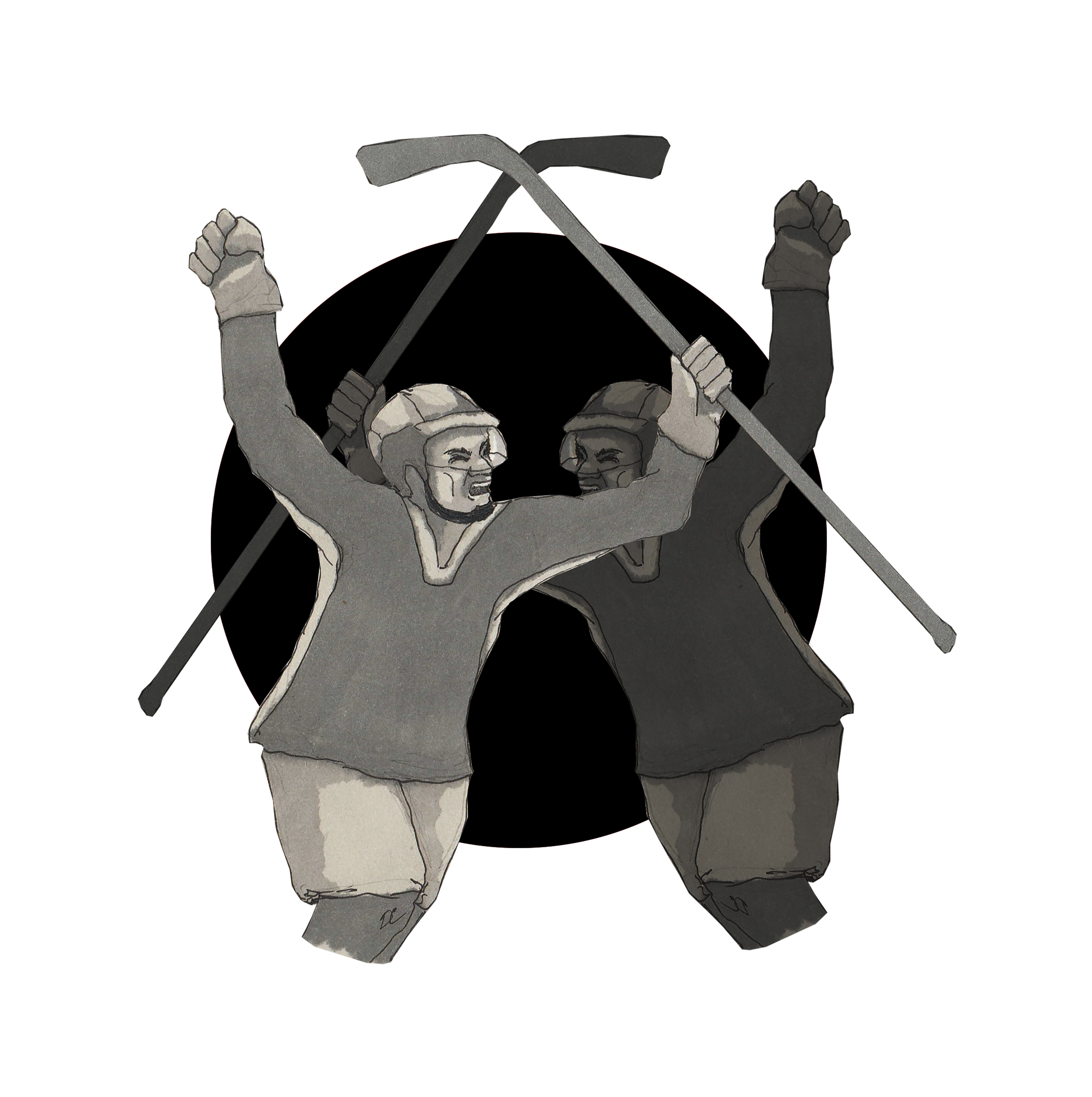 Skuce’s motivation for this research was his discomfort at the behaviour of other players he witnessed during his own time as a player. He explained that their project is aimed at the “forms of resistance to these hypermasculine traits” that are associated with the sport.

“The original research project that I started on was an attempt to understand how playing elite-level hockey shapes what it is to be a boy and a man,” Skuce said.

Fowler, who grew up in a hockey town, said she remembered players like Skuce were “definitely privileged above the rest of us” and discussed the disjointed reality of a group of people who are part of a respected group but aren’t able to talk among themselves.

“They still can’t come out and say, ‘Hey, you know what, I’ve got depression’ or ‘Hey, it’s not cool that you called those people pussies,’” she said.

Moore said it was unusual for girls to play hockey in her town growing up, which frustrated her as an athlete. Her 19 years as a high school social studies teacher have given her a framework to discuss these issues with students experiencing similar issues.

“A very important part of social studies is talking about gender and the way gender permeates our official curriculum that we do with our students,” she said.

“We’re able to have quite difficult conversations in the social studies context around sport, and now that I’m a teacher educator at U of M, I am trying to continue those conversations with my students.”

However, the team has faced more pushback than they were expecting. The NHL itself has been “a major resister” and has proved uncommunicative.

“If the NHL is truly invested in their campaign of ‘hockey is for everybody,’ then they shouldn’t be afraid of research like this,” Moore said.

“So, unless it’s just corporate and tokenistic and about their brand, they shouldn’t be afraid of looking at the culture of hockey, and they should welcome research like this.”

Skuce said some of the problems revolve around defensive attitudes many current and former players may have about their own actions.

“One of the things that I think is really interesting is this idea that the way that hockey has turned out represents a possibility and not a necessity,” he said.

“So, the way that we see the game being played out is not natural, it’s not a givenness. It is the way it has been shaped and molded, policed and articulated […] Once you start to bump up against that deeply ingrained take-it-for-granted-ness, there’s going to be some heat that comes back at us.”

The project also seeks to understand inclusivity by examining what groups the established behavior patterns exclude.

“As both my colleagues have spoken to, gender norms hurt everybody,” Moore said.

“This isn’t just a project in feminism in the sense that we want to look at masculinities and interrogate the masculinities that are perpetuated in sport. We want to see how […] this [harms] the very people that do well within the sport.”

Fowler explained race also plays a major role in hockey for both players and fans. “We need to recognize how whitewashed [hockey] is and make it more accessible — that is, more reflective of Canada, [because] right now, hockey is not reflective of Canada,” Fowler said.

Although inclusivity within sport is an important focus for the group, they are also interested in studying the link between masculinity in sport and masculinity in Canada more generally.

Despite everything, the researchers remain hopeful that their work can lead the way to meaningful change.

“I think what we want to say is the benefits to playing hockey can last a lifetime,” Skuce said.

“There’s men playing and women playing into their 60s and 70s, so we don’t want to say that hockey, the whole thing, is a mess. What we’re trying to do is articulate and open the space up.”

Engineering food for a healthier future