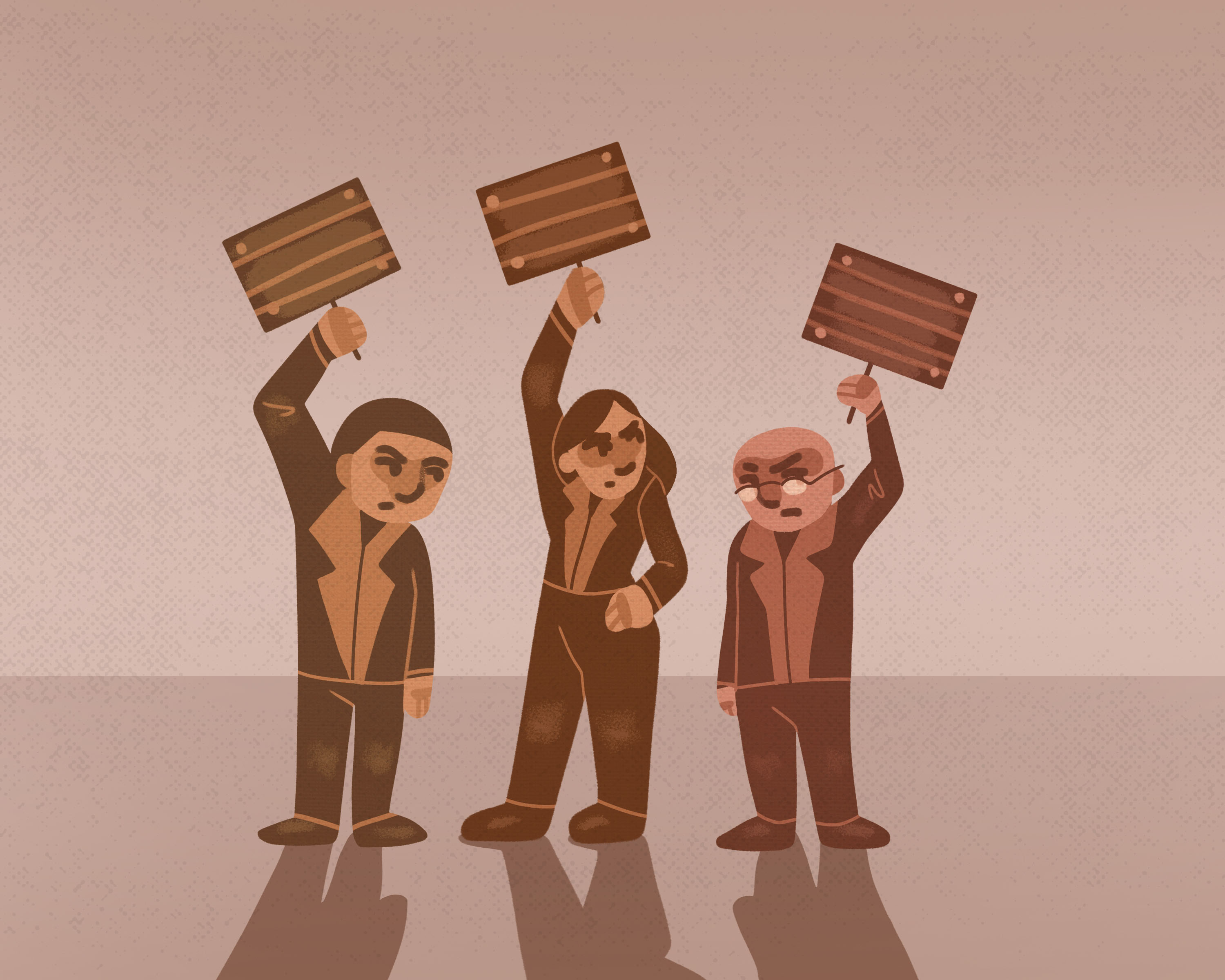 The University of Manitoba Faculty Association (UMFA) approved strike action in the first week of November. After three days of voting and an 85 per cent membership turn out, approximately 80 per cent of union members voted in favour of striking.

Although a strike is not yet off the table — a ratification vote on the tentative agreement will be held by UMFA members later this week — students are expressing significant anxiety about its potential during a tumultuous semester.

It would be easy to blame UMFA for the strike — as the administration likely wants students to do seeing as they have a degree of influence in university affairs — but before students make snap sentimental judgments, consider the context that a strike may be called under.

From the public services sustainability act (PSSA) being declared unconstitutional this summer to the Brian Pallister-led Progressive Conservative Party (PC) playing an unfair union-busting role in discussions, students should be outraged by the University of Manitoba administration’s treatment of its faculty members. Solidarity with our professors should be a priority, and, in the event that a strike is called, students should consider not crossing the picket line.

UMFA has been attempting a new deal with the U of M since August after the PSSA was struck down by the Court of Queen’s Bench on June 11.

For context, the PSSA was a piece of austerity legislation passed by the PCs in 2017 to prevent salary increases of public sector workers. This simultaneously meant that the U of M could not — with legal backing at the time — raise salaries of faculty members.

Instead, in 2017 UMFA and the U of M negotiated terms to re-open discussions when the PSSA expired. So, while it seemed the 2016 strike was resolved, it was effectively just put off to a later date.

Since the PSSA was deemed a violation of the constitutional rights of public sector workers to partake in collective bargaining, salary discussions should have taken place months ago without the PCs rearing their heads. But, despite this, it seems the U of M is still in bed with the provincial government’s anti-union stance.

The provincial government has been playing an active role in reducing labour costs over the course of the COVID-19 pandemic. The U of M stated in a press release detailed by UMFA that the PCs will not allow salary increases because it may act as “precedent” for arbitration and strikes in the public sector. But if strikes across the public sector are called, it won’t be due to precedent — it will be because of Pallister’s careless treatment of workers during what is perhaps the largest crisis of the 21st century in Manitoba. This is simply another example of Pallister’s cost-reduction obsessed politics and his lazy public discourse tending toward blaming others for his own faults.

Recently, a report from the CBC suggested that the provincial government is insisting the U of M seek a two-and-a-half per cent reduction in labour costs in negotiations. With this coming to light, an agreement between UMFA and the U of M seems unlikely anytime soon.

If students are not yet convinced that the U of M is bargaining in bad faith, consider that despite the health and economic crises unfolding before our eyes, the U of M’s budget has not been dramatically affected. As a matter of fact, students were the ones that took a hit. Enrolment was up approximately 11 per cent this summer and has risen three per cent this fall. Further, the administration raised tuition by 3.75 per cent. Even if the university’s books are not completely balanced, I cannot imagine they are taking in losses heavy enough to suppress negotiations with UMFA — negotiations that the U of M agreed to re-open in 2017.

What’s more, the U of M’s unwillingness to budge does not bode well for attracting new skilled labour to the university. Professors’ salaries at the U of M are low enough to do that already, but the administration’s behaviour is making matters worse. Students’ ability to get the quality of education they deserve is influenced by the quantity of funds our professors are provided.

But, beyond the more tangible rationales behind this strike, UMFA standing up for itself is important in principle for Manitobans writ large. With the Pallister government bent on austerity politics as Manitoba’s economy falls deeper and deeper into recession, Manitobans are going to need unionism more than ever.

Leader of opposition, Wab Kinew, criticized Pallister’s government after “the premier ordered the biggest single-day budget cut in Manitoba’s history” in May. Considering the PCs have lost ground in its balanced-budget due to COVID-19, don’t expect Pallister’s administration to let up on its union-breaking, privatizing and budget-cutting momentum. Pallister’s baneful agenda affects the entire province — students, professors and workers alike — and we should resist it together.

Workers must fight alongside each other when the time comes. The tides of unionism are changing in Manitoba. No longer can we rely on state-sanctioned arbitration to protect our rights from employers. Now, the government is an active proponent of union suppression.

When the time comes, students should work with UMFA and refuse to cross the virtual picket line, now divided by an abstract universe of network connections and Zoom links.

Security services faced with possibility of a lockout