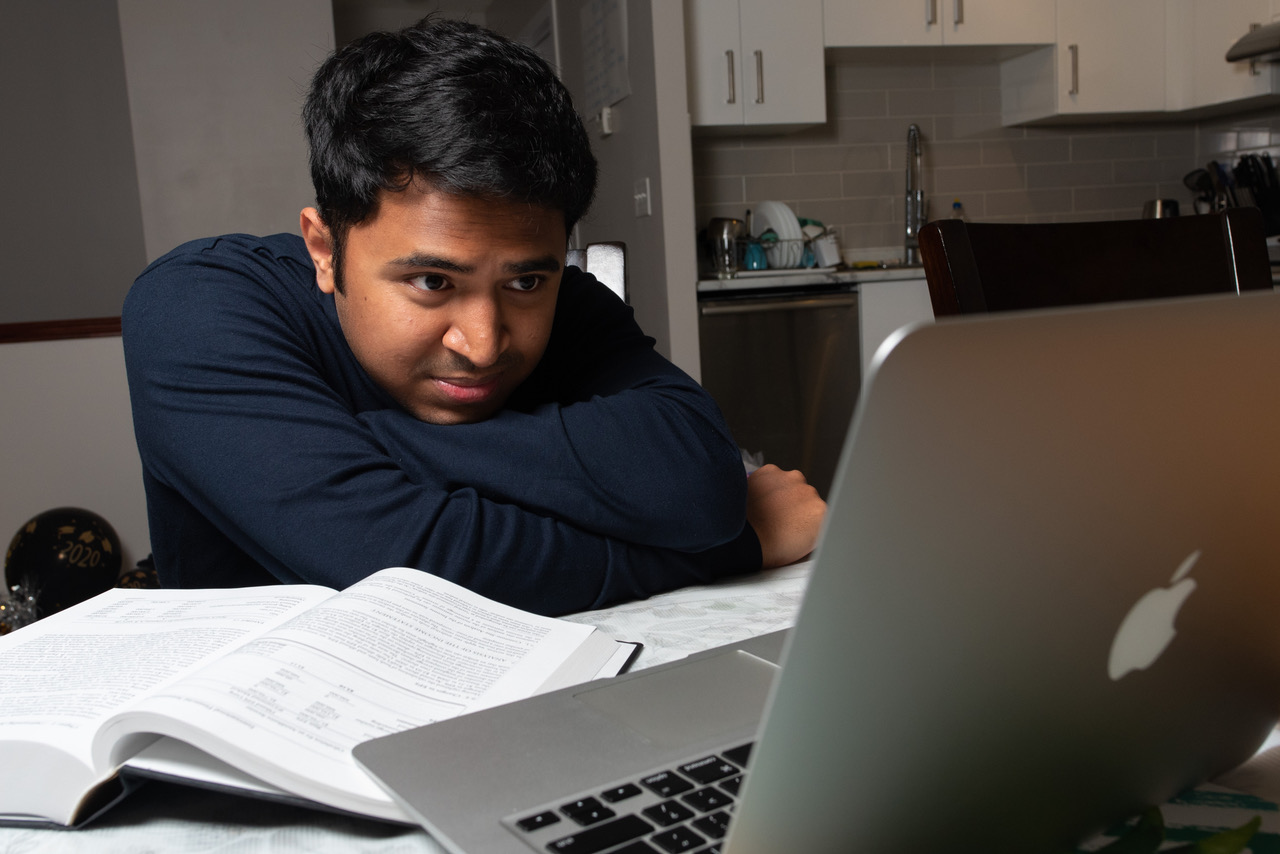 His first steps leaving the Winnipeg James Armstrong Richardson International Airport would become his first steps into a journey in Canada that he could not have predicted when he left India — a cold breeze cut through him and it was not as bad as he thought it might be. He was a bit upset that his next few steps would be into a taxi — he wished he could have more time to experience the snowy landscape.

Deka, 26, arrived from Delhi, India. He came to Winnipeg to study at the University of Manitoba and to complete his master’s degree in the school of business.

For Deka, a benefit of being an international student was “to meet new people, to understand different cultures, to see how their lives have been, to understand what they’re thinking or what their beliefs are, to have different perspectives.”

In India, he was told that western universities were massive places with tons of resources. His excitement was high being in Canada, but that would all begin to change in March.

As the virus causing COVID-19 swept across Canada, classes transitioned to online lectures.

“OK, this might be just for two months,” Deka said he thought at the time. Surely his summer classes would be back to normal.

The pandemic continued and Deka saw all his class terms transfer to online learning — first summer 2020, then fall 2020 and most recently, winter 2021.

“It did bother me a lot the day when we received the mail,” Deka said.

“I was angry. I was upset, they could have found a way [to hold in-person classes].”

Deka understands that it’s a difficult time. Universities across Canada have made similar decisions.

“All in all, I would have wished I did not come at this time.”

Deka admits that it is easy to stay in bed during lectures, turn off the camera and mic and want to take a nap during class.

He had to adjust his mindset for online classes and ensure he got out of his bed and took his studies seriously, as he once did in person.

That means not making food or playing on his phone during class — he needed to give his school work the attention he had given it before.

Deka makes an effort to speak to his family every two to three days, but with a time difference of 11.5 hours and a full course load, making time to talk to his loved ones is difficult.

While Winnipeg has a much lower number of COVID-19 cases, back home in Delhi, cases have been rapidly rising.

The impact of COVID-19 has been devastating for the people of India. On Nov. 2 the country faced 46,963 new cases with 470 new deaths. And Delhi is not an exception — the city has recorded approximately 5,000 new COVID-19 cases daily since Oct. 29.

Meanwhile for Deka, life in Canada turned into staying in with nowhere to go. His sleep schedule shifted to staying up late and sleeping into the afternoon.

The reopening of the Active Living Centre at the U of M helped him find routine again, and he started going three times a week.

“It was good news because at least we are getting to go to the university and see it, see people around, while still maintaining the physical distance,” Deka said.

The gym kept him occupied at a time when anxieties weighed heavy. Various worries have stuck with Deka through the pandemic.

“I was not worried about getting a job or when I would be graduating back in [January and February] as much as I am worried now,” he said.

“Initially, my plan was to complete [the program] in 20 months, but after how COVID impacted the economy, I’m scared to go out […] into an economy that is so affected.”

Deka changed his plans and wants to take an extra four months to graduate now.

He has a friend who arrived with him in January but will have to graduate in April 2021. He only experienced two-and-a-half months of the typical Canadian university experience before COVID-19 shut down the university.

“His whole degree was online, so he is trying to understand how valuable of a degree it was for him,” Deka said.

“He did not get one major experience that he was looking forward to — that international experience.”

Deka hopes he will be able to participate in in-person classes again.

“You never value something until it’s gone,” he said, thinking back to his limited in-class time in Canada.

He also knows some international students that are happy and taking advantage of the online classes by returning home.

He hopes to have the opportunity to learn more about Canada and have the university experience that is typical here.

As for post-pandemic life, Deka thinks people will value human interaction more after restrictions are lifted.

He remembers being with friends who would be on their phones during visits, but he believes, after COVID-19, people will pay less attention to their phones and appreciate the company of others more.

Although Deka is disappointed by the first year of his studies at the U of M, he remains hopeful that his situation will improve. As should we all.