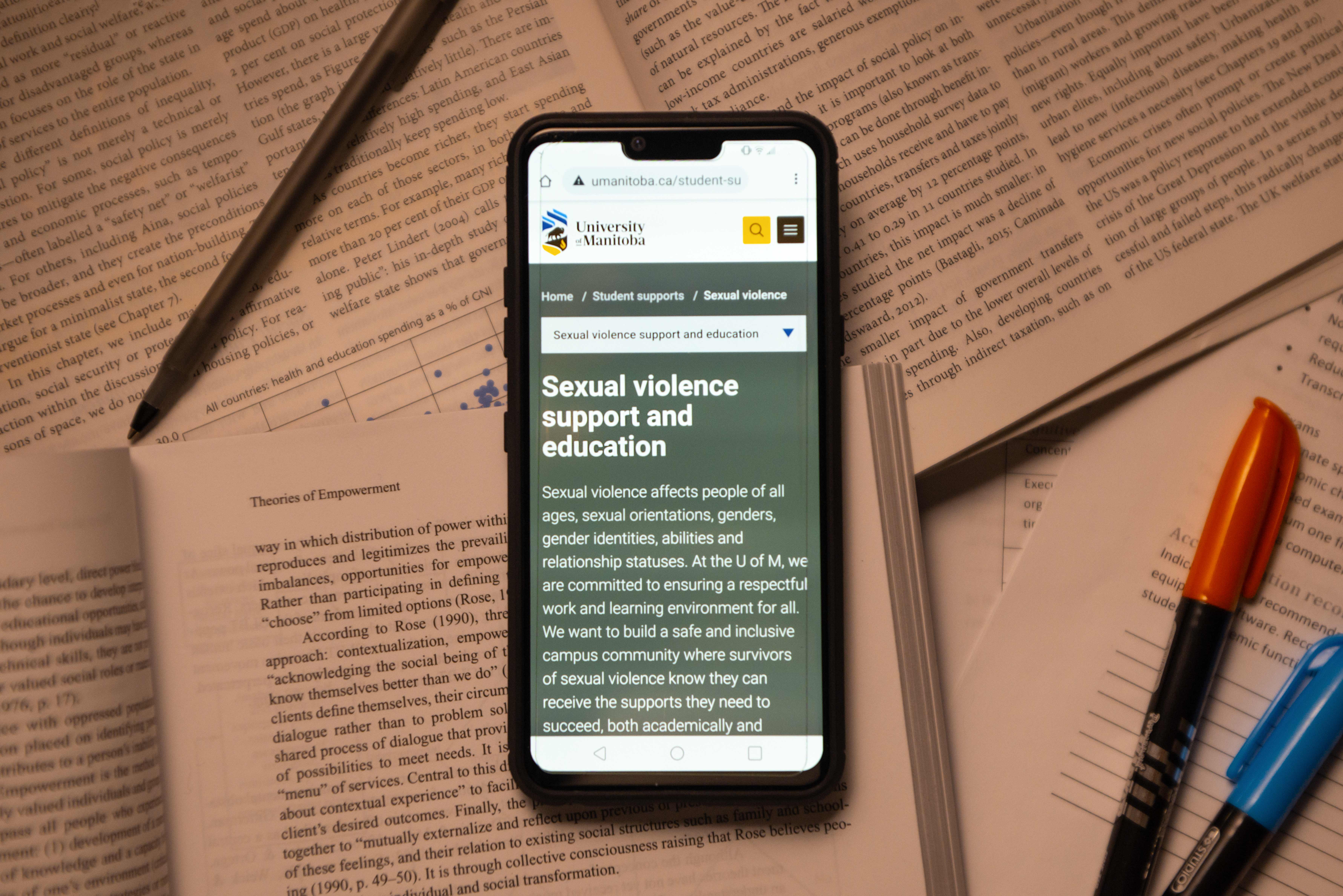 The U of M released its revamped sexual violence awareness course to U of M community members in August.

The course was initially released to students, faculty and staff in March 2019.

Since its release, the Sexual Violence Resource Centre (SVRC) opened in January 2020. According to its webpage, the SVRC is a safe space where staff provide “support, resources, information and referral services for any student, faculty or staff member who has been affected by sexual violence.”

The establishment of the centre was first suggested in an August 2019 report — titled Responding to Sexual Violence, Harassment and Discrimination at the University of Manitoba: A Path Forward — to university administration detailing recommendations to curb sexual violence, discrimination and harassment at the U of M. Education and programming — including the online sexual violence awareness course — were also themes of the report.

According to the report, “the centre would serve as a single point of contact for all members of the [U of M] community affected by sexual violence.”

“It would be the ‘central hub,’ helping survivors/victims to navigate the sexual violence process, providing information on available mechanisms of support, ensuring that there is appropriate follow-up. The centre  would also help facilitate the broader coordination among the multiple [U of M] offices delivering services to survivors/victims.”

The U of M has commissioned multiple reports on sexual violence on campus in recent years — including the report above and another titled The University of Manitoba Campus Climate Survey on Sexual Violence: A Final Report, released in January 2019. The August 2019 report provided 43 recommendations for improvement regarding sexual violence, harassment and discrimination.

The January 2019 report found “participants have a less favourable perception of the university with respect to how it responds to sexual violence.”

That report also found “targeted educational programming and supports are necessary to respond to the needs of specific groups on campus.”

The online course, available to all U of M community members on UM Learn, has now been edited and changed to reflect the presence of the SVRC on campus.

There are five modules included in the course: video explainers of sexual violence policies and procedures on campus, video explainers on the concept of consent, case studies, myths and the new module on the SVRC.

The SVRC module includes an informational video on the centre’s mission and function, as well as an infographic.

The resource centre is currently open to service U of M staff, students and community members via phone or email.