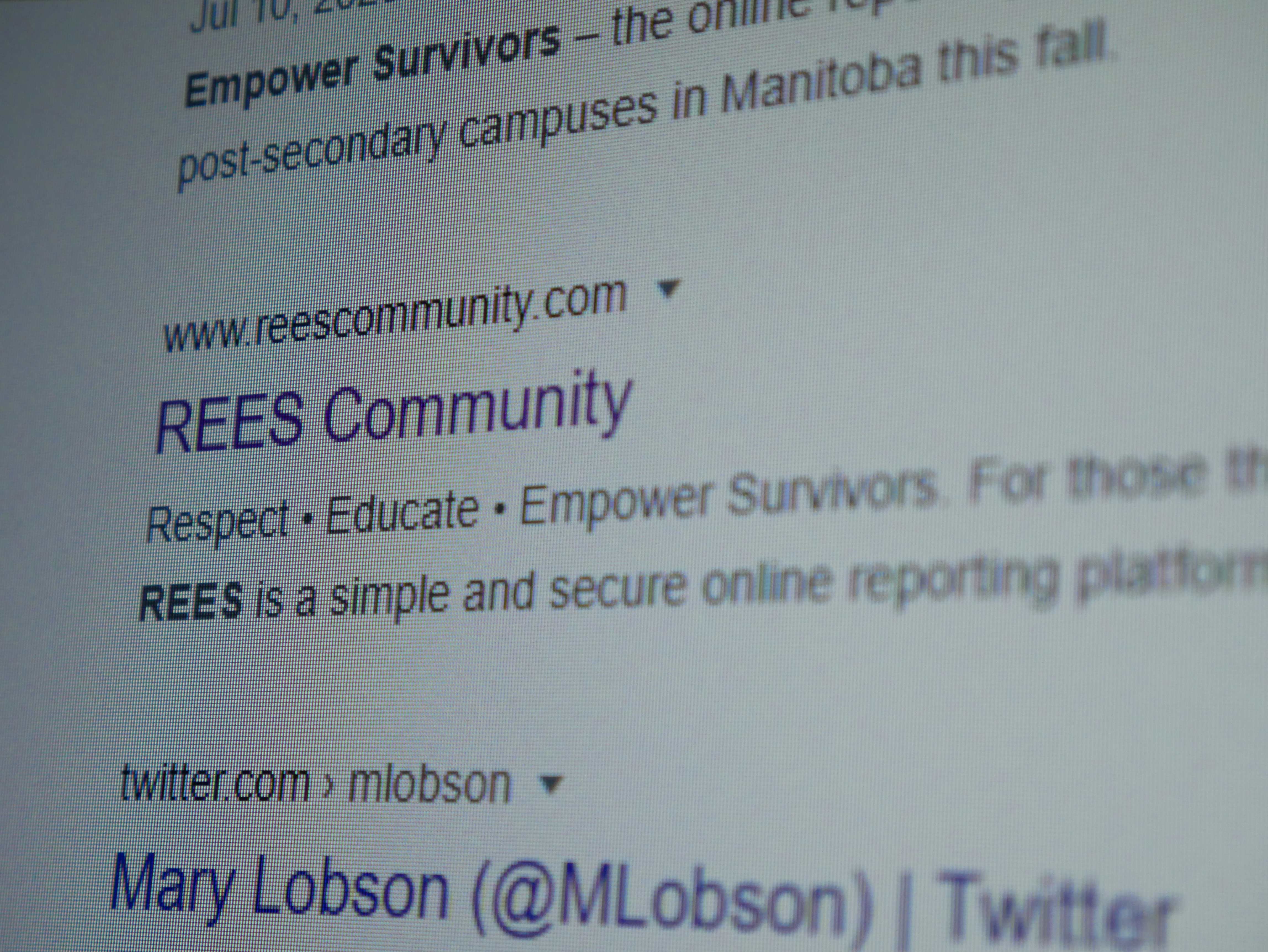 Eleven of Manitoba’s colleges and universities have signed on with Respect, Empower, Educate Survivors (REES), an online sexual violence reporting tool tailored to the needs of post-secondary campuses. The only institution yet to do so is the U of M.

Mary Lobson, the founder of REES, describes the platform as a “social purpose technology company.”

She said they are “creating [a] trauma-informed, survivor-centred online platform for reporting sexual violence.”

REES works by customizing itself to each post-secondary campus it serves, Lobson said.

“It’s also customized to your specific geographic community,” Lobson said. “So, in Winnipeg we would have community supports as well, like Klinic [Community Health] [and] Ka Ni Kanichihk.”

Survivors of sexual violence can also send their records recorded through REES directly to a designated person within their institution.

“So in the case of the U of M, if they were to use [REES], there could be potential that it could just go directly to the Sexual Violence Resource Centre in an effort to reduce the number of times that a survivor needs to tell their story.”

Lobson said she doesn’t know why the U of M hasn’t signed on with her platform, and that she has met with university and UMSU officials multiple times.

Joel Lebois — chair of the Sexual Violence Steering Committee (SVSC) and U of M human rights counsel — noted that the independent review released by the U of M, titled “Responding to Sexual Violence, Harassment and Discrimination at the University of Manitoba: A Path Forward,” did not include REES among its 43 recommendations.

Lebois said the SVSC met with Lobson June 17. He said the presentation of REES shown was an “incomplete rough draft or beta version of the system.”

He noted that the U of M had a meeting scheduled with Lobson for March 18 but rescheduled due to the onset of the COVID-19 pandemic, but said a “group of campus experts” will be reviewing REES to see if it is a fit for the U of M.

“That group will be reaching out to REES in September with further questions, feedback and concerns if any,” Lebois said.

Laurie Schnarr, vice-provost (students) at the U of M said the university is “very interested” in REES, but did note the incomplete state of REES at the June 17 presentation.

“The committee discussed this project and agreed that there was limited information available given that REES was not complete at the time of the presentation, and that the system cannot be reviewed independently,” Schnarr said.

UMSU vice-president student life Savannah Szocs said UMSU supports the launch of the program at the U of M.

“UMSU is displeased with the way the university has handled this opportunity, and we as a student union formally recommended that the university take this program on,” she said.

Szocs noted that no final decisions have been made about whether REES will be implemented at the U of M. She said the SVSC, which she sits on, has formed a subcommittee to explore REES further.

Schnarr said online reporting tools like REES will be important for the future of sexual violence reporting at the U of M but noted that there are some parts of the platform the U of M wants to look into first.

“This raises questions regarding privacy and data collection, as well as whether the project will meet the university’s accessibility obligations.”