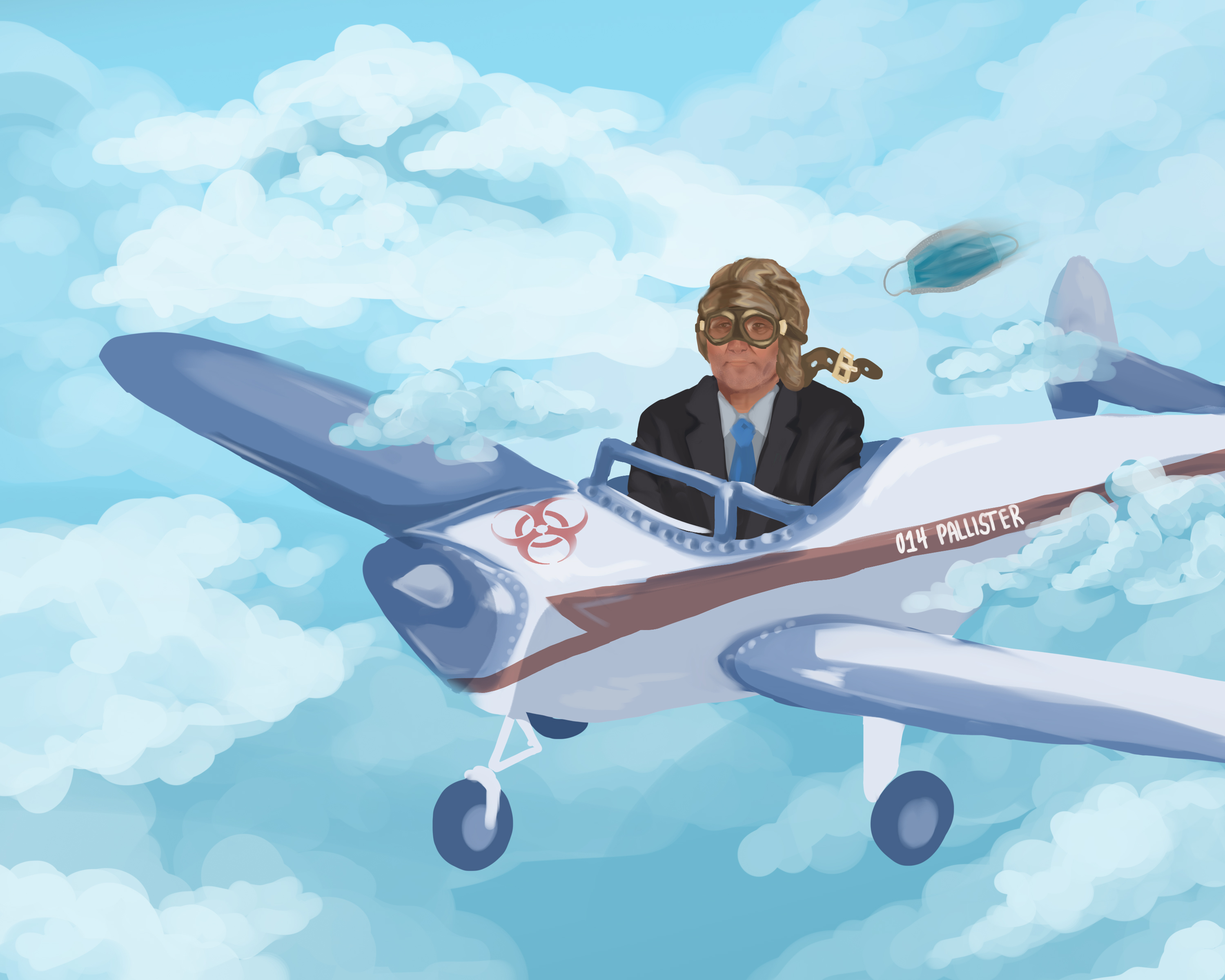 Manitoba Premier Brian Pallister has made it clear to Manitobans that the health of the economy is more important than the risk COVID-19 poses to the province’s workers and families.

Unfortunately for Pallister, his obsession with reopening the economy may backfire.

Manitobans have taken to various public venues of Winnipeg since the province began its phased reopening May 4.

And Winnipeg’s jolt to public life has, perhaps, disseminated from Pallister’s nonchalant leadership throughout the crisis.

Moreover, recently, the premier was photographed sitting in Toronto Pearson Airport without a mask on, talking to Conservative Leader Andrew Scheer.

The premier’s actions pose a considerable health concern. Not only is Ontario one of Canada’s hardest hit provinces during this health crisis, Toronto Pearson Airport has made mask wearing mandatory at all times because it is a national and international point of entry. Worse, Manitoba’s elected officials are not required to self-isolate after travel unless they are symptomatic.

In an interview with CTV News Winnipeg, Uzoma Asagwara — critic for health for the New Democratic Party of Manitoba — criticized Pallister for his carelessness. Asagwara referred to Pallister’s actions as “shameful” and highlighted the sacrifices citizens have made across the country in order to maintain the safety of the public.

Asagwara is right to criticize Pallister. His neglect to wear a mask, placed in the context of the risk he has put Manitobans in when he pushed them back to work, displayed his privilege of power. It also revealed his priorities as the leader of the province.

Thus far, Pallister’s actions dealing with COVID-19 have reflected opportunism as opposed to a genuine care for the health of Manitoba’s citizens.

Just a few weeks before Manitoba’s reopening, the premier was mostly concerned with attacking the public sector and unions with the threat of budget and employment cuts, leading to mass layoffs.

But if Pallister were really concerned with the severity of the pandemic, wouldn’t the economy remain closed?

Pallister’s budget cuts, his plans to reopen the economy shortly after these cuts and his neglect to wear a mask in order to prevent the spread of the virus cannot be understood in isolation from each other.

These political actions and lapses of judgement serve as commentary to a political leader full of contradictions.

If the health of Manitobans were wearing on Pallister’s mind, the economy would have remained precautionarily shut down and he would be sure to wear a mask when travelling to a COVID-19 hotspot. Yet, circulation of money seems to be Pallister’s priority.

Rather than pursue policy alternatives, Pallister has pried businesses back open — a decision that may very well lead to a second wave of cases in Manitoba and the subsequent closure of the economy yet again.

While Manitobans suffer from austerity or risk of infection due to detrimental policy, Pallister was witnessed acting remiss to the safety measures so crucial for keeping the pandemic at bay.

His obsession with reopening the economy has put Manitobans at risk and so has his precaution-free travel.

Could winter bring a tuition freeze?