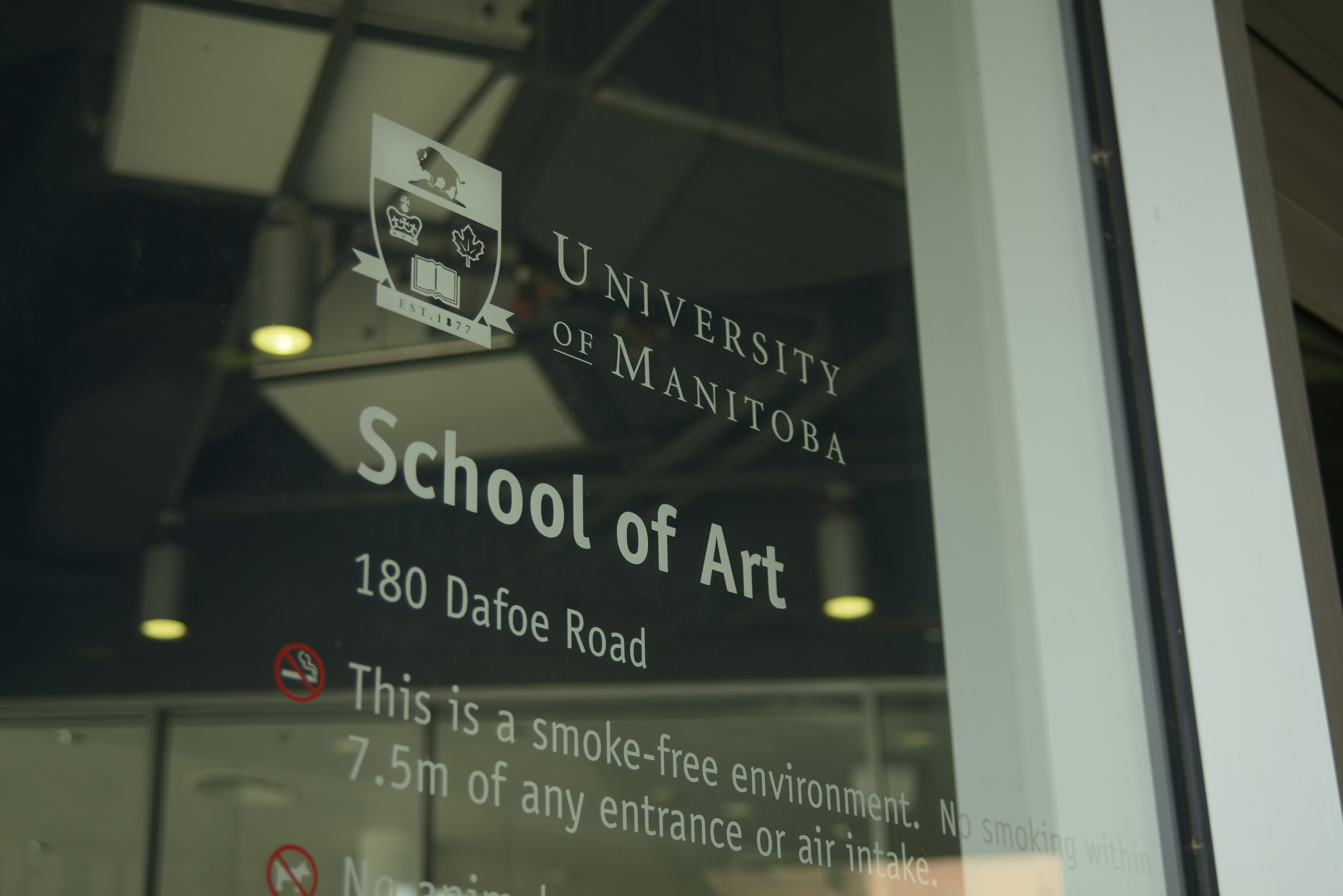 Current and former U of M students in the school of art have expressed outrage over a white instructor’s collection of artwork depicting himself in blackface and depictions of racial stereotypes along with racist titles to some of the works.

Former instructor Steven Cochrane has resigned, effective June 30, from the school of art at the U of M.

This occurred following an email campaign led by Chroma, a collective for Black, Indigenous and people of colour (BIPOC) artists in Winnipeg. The email campaign — titled “Steven Cochrane Must Go!” — urged students and members of the public to send emails using a template to the school of art administration to ask for the removal of Cochrane from his position.

On June 5, the acting director of the school of art, Jeffery Taylor, informed students in an email that he accepted Cochrane’s resignation, effective June 30.

Ekene Maduka is a former co-president of the School of Fine Arts Students Association (SOFA) and graduated from the school of art this summer. She is also a member of Chroma.

Maduka said she was the first to broadcast the works to the community via her Instagram story and that she was disappointed in the actions of an instructor she had taken classes with in past years.

“I’ve taken several classes with Steven Cochrane and participated actively in those classes,” she said in an email.

“We are actually quite familiar with each other, which is why my disappointment with his behaviour is the way it is.

“My post got a lot of buzz and many U of M students who had taken classes with [Cochrane] replied to me and expressed heavy discomfort and some even [said] they felt weird when seeing the works during classes, but didn’t know how to react to them in the moment,” she said.

“The school has a lot to do to stop systemic racism and they also have to train their staff via diversity training as it is unacceptable to have to go through these things and have professors make excuses that they are unaware they are being offensive,” Maduka said.

“The faculty generally also lacks diversity in their staff, which is unfortunate.”

Cochrane apologized on his Instagram page following the widespread online sharing of his racist works.

“For me, the biggest issue was [Cochrane’s] apology that was nothing more than a lot of paragraphs explaining the work and patting himself on the back for being bold enough to make the work at the age he made them,” Maduka said.

A current student in the school of art who wished to remain anonymous said they had seen one of the offensive paintings twice — first in “Art Now,” a mandatory first-year course taught by Cochrane, and then again on another isolated occasion.

“When I was in my second year, [Cochrane] came to my studio to see what I was working on,” the student said.

“He was telling me how he studied painting at some school in the U.S. […] and he showed me one of those paintings […] and I was really shocked that he was showing me in person,” they said.

“He would show this stuff in class […] and try to put it in [the] context of what he did in school back in the day.”

They believe the persistent email campaign led to Cochrane’s resignation.

“People in the community were sending emails about how this was not okay,” the student said.

They believe hiring practices at the school of art should be changed to foster a more inclusive and diverse environment.

“It’s not just a Steven Cochrane problem,” they said.

“There are more people like him [in the school] […] there are other people also who are not as extreme as Cochrane but have done harmful things to BIPOC students.”

“They should hire BIPOC [candidates],” the student added.

Annie Beach is a former student at the school of art who graduated this past spring. She was the co-president of SOFA for two years and served as the Indigenous representative for SOFA during her time at the university.

Although Beach did not observe the paintings in class directly, she said the paintings were shown to previous years’ honours students in Cochrane’s class.

She also heard rumours of the paintings prior to viewing them on social media.

“I was in [the honours program] this past year and happened to miss the class that he did show the paintings [in], so I didn’t see them in the classroom, I didn’t have to go through that whole ordeal of sitting amongst peers and seeing that.”

“I think the school has tried to brush this aside and get it out of the way as much as possible, despite having a very direct hand in enabling it and also in other racial acts against students, Black students, Indigenous students and students of colour,” Beach said.

Beach said it did not take sitting in the classroom that day to feel shocked and hurt by the paintings.

“It goes to show that not even having to sit in that classroom, [I was] very shocked and hurt to see them,” she said.

She believes the school of art should go beyond merely tokenizing BIPOC students and make a greater effort for equity and diversity in the faculty.

“What I mean [by] tokenizing is I remember having to [lead] a tour for a high school and asking […] [if] there was a land acknowledgement and [the student advisor said] ‘Oh, right’ so [it’s an] afterthought,” Beach said.

Beach said she is disappointed that the display of the offensive works to students has been going on for so long without action.

“And then to know that this has been happening for a couple of years […] and that students have had to sit in his class and see these works as if it’s part of the curriculum or that they have to learn it to get their degree is pretty disappointing.”

U of M gives fee deadline extension to Iranian students